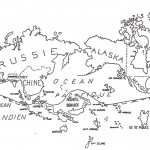 For a constituent Citizens Pact: finance or democracy

Three years of austerity have profoundly modified the material constitution of the European Union. The path towards closer economic integration underlies a sort of “constituent process from above” directly affecting the European institutional architecture and leading to a dramatic impoverishment of the continent and the wideing of social inequalities. Worse still, this process disenfranchises European citizens, placing in command economical and political powers lying outside of the sphere of democratic legitimacy and accountability.

The situation forces us to look beyond the failed solution imposed by the oligarchies that have shaped European policy for the last twenty years. Beyond an exclusionary idea of citizenship and beyond the very borders – institutional and geographical – of the European Union.

At the dawn of important European mobilizations in favour of democracy and social rights (Blockupy, the AlterSummit) and one year before the elections of the European Parliament, we want to construct a moment of exchange between different viewpoints around the necessity of a profound transformation of Europe “as is”. We think this process should be brought to life through real conflicts that cross the European space and through a renewed Pact between its citizens.

With the Venice event we aim to find a shared language starting from the experiences that expressed a resistance against the austerity policies all over Europe and the Mediterranean area during the last year, and to reflect together about which strategies could be more effective in the near future in a deeply changed social and political continental frame.

The program is articulated around three different sessions and a concluding moment to bring to synthesis the different issues at stake.  Every session is structured with a panel of invited speakers followed by an open discussion.

The event will take place in Venice – historical bridge between continental Europe, the Mediterranean and the East – in different venues: institutional spaces, the university and social / cultural occupied and self-managed spaces.

Opening session. Economic and financial crisis, austerity policies and governance of the Troika: the alternatives.

The first session will be devoted to the analysis of the dominant management of the crisis and to possible alternative proposals. We want to focus on the concept of “revolution from above”, making explicit the structural changes that the new European governance structures are bringing to the political and economical dynamics of the continent and to the very concept of European democracy and citizenship. We want to reason together on which alternative proposals can provide a platform for a transnational convergence and what strategic perspective we can give to the recent calls to “refound Europe” from below.

Crisis of European institutions, economic and political integration from above: the future of democracy in Europe.

The second session will focus on the transformation and the crisis of European political institutions. How can we respond to the transfer of power towards an inter-governmental logic that, beyond the European Council, now also seems to pervade the Commission? Can the European Parliament, as the only representative transnational structure, become the vehicle of an effective relaunch of the European project on a basis of democracy and solidarity? What should happen for such a “jacobine revolution” to contaminate a Parliament too often lethargic and incapable of questioning its own role in the current institutional set-up? What renewed relation can we image with movements and citizens towards the 2014 European elections?

The third session will bring to a common reflection between different movements engaged in social conflicts for the construction of another possible Europe in eight different countries. We want to look into the results of the numerous appointments that have marked resistance to austerity measures over the last year, analysing together possible strategies of political struggle and conflict at European level. How can we turn into reality the request for a constituent process from below able to turn on itself the institutional revolution from above?

Preview screening of “EROS”, documentary film by Berardo Carboni narrating the story of four activists who cross Europe in 2012 to meet resistance movements in Italy, Greece, Serbia, Romania, Bulgaria and Germany. The director will be present.