Is it the Fall of the Great Mediator? 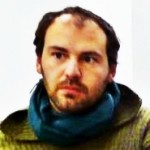 In the bestiary of east European political monsters Bulgarian Prime Minister Boyko Borisov is a peculiarly elusive species. When he first came to power in 2009 both the remains of the 1990s liberal anticommunist concert (think tanks-media-the old right wing parties), and the ordinary people were thrusting contradictory hopes on Borisov’s shoulders. The liberal elite was seeing in him a handy populist tool that could be skillfully used to further the perpetually unfinished neoliberal reform package and stabilize its shaking ideological hegemony. Ordinary people on the other hand voted Borisov hoping to put a halt to the enchanted spirals of the never ending transition and to take revenge over its masterminds. Borisov delivered to these contradictory hopes – but in such ways that left both elites and people surprised with the results, while he managed to get an ever more firm grip over Bulgarian society.

Such contradictions are pervasive in Borisov’s political trajectory, and might at the end be what defines him – he is at once allegedly related to criminal groups and a former head of police fighting the crime. An autocrat who constantly caters to people’s demands. An enthusiastic Europhile who does not speak other language than his native Bulgarian. How this elusive and contradictory figure works politically? What does it tell us about the existing post-transition political regimes in Eastern Europe? And is Borisov’s resignation on Wednesday, 20 February, after little more then a week of mass protests that swept Bulgarian cities, the end of his political career, or just a strategic retreat, one more paradoxical turn?

At first Borisov might seem ordinary, just one more in the long line of East European right wing populist regimes such as that of Victor Orban in Hungary, of the Kaczynski twins in Poland, or to go a bit earlier into the post-socialist years – of Vladimir Meciar of Slovakia. Borisov’s political movement is to a large extent based on a personal charisma too – in his case the charisma of an unrelenting fighter against the corruption and crime of the entire political establishment in the 20 years of Bulgarian post-socialist development. Yet there is a major difference between him and the abovementioned. They were all feeding on some kind of nationalist/traditionalist/conservative/religious identity, and as a rule displaying a more or a less pronounced antagonism with the European Other. Attila Meleg analyzed such a stance in the case of Orban as a desperate revolt of the local business magnates against the dictate of global capitalism. The same line of thought could perhaps be applied to Borisov’s regime, yet it would leave significant parts of his political operation unattended.

Unlike all other East European right wing populists, Borisov is a pronounced Europhile. His party’s name “Citizens for European Development of Bulgaria” is quite telling. In 2009 he made two promises, with brought him the electoral victory. The first was fighting corruption and punishing the corrupted elite. The second was to restore the trust of the European partners in Bulgaria, so they open up the 7 billion worth European Structural Funds, blocked after corruption scandals related to the ministers of the former, socialist-led three party coalition. Thus, Borisov not only would never throw diatribes against the West, as Orban would; significant part of his charismatic image is carefully designed to underlie his allegedly close relations with key European and American leaders and institutions – Angela Merkel and Barrack Obama, the CIA and the EU.

Borisov’s political originality is he realized what Bulgarian liberal governments of the 1990s could not – that European and authoritarian are not necessarily contradictory things. That European procedures could be used for the local anti-procedural benefit. That the interests of the local magnates could be best served not through openly opposing the West, but by carefully mediating their integration into global networks of extraction. Since 2009 he managed to gradually harness the symbolic and financial capital of Europe to consolidate power and influence in Bulgaria, strengthening a regime that seems ever more authoritarian, characterized with tighter control over the judiciary system, the media and the economy in the country. The bounty of the European structural funds transformed what in the beginning of his government was just a symbolic monopoly over the trust of Europeans into very palpable and hard currency – European money. In the post 2008 financial crisis situation and the ensuing economic stagnation, European funds, controlled by the Bulgarian government, become a key economic factor no one could dismiss. In 2012 Bulgarian economy grew with 1, 7 %; 1, 5 % have been directly related to European funds. Municipalities, media, agricultural concerns, etc. compete for Borisov’s benevolence and are granted access to European money in exchange of loyalty and obedience.

Americans and Europeans, despite mounting evidences of Borisov’s former connections with criminal groups and tightening autocratic control over different societal sectors, have repeatedly shown they would not try to exercise any kind of “civilizing” influence on him. They consider such developments to be of domestic and lesser importance, in a chaotic global context in which Bulgaria plays a predictable and docile ally. This fact still produces considerable dismay among liberals in Bulgaria.

Borisov’s regime evades any hard ideology; it would be a hindrance for it. It works through a constant and skilful mediation between otherwise incommensurate realities; in a technique of “strategic bricolage” – deploying liberal and authoritarian political tools for different small political repair works at different times. Borisov has western style neoliberal ministers to communicate with the West (Nikolay Mladenov, former Open Society Institute and European Institute officer appointed Foreign Minister; Simeon Dyankov – World Bank officer appointed Financial Minister; Tomislav Donchev – Open Society Institute officer appointed Minister for the European Funds, etc.). He also has heavy-handed centurions as Tzvetan Tzvetanov, his former secretary at the Police, appointed Interior Minister, to deal with the unpleasant local political reality when working apparatuses of violence are needed.

Mediation is Borisov’s main mode of action – not only between Europe and Bulgaria, but between conflicting groups within Bulgarian society. All are invited to have their little share from the riches channeled through power – environmentalists opposing construction of new resorts and their investors, striking workers and their factory owners, pregnant mothers protesting pre-school education laws and the parliament, competing media and financial conglomerates, all would have their stakes considered by Borisov. He would concede something to everybody, yet maintaining monopoly over the act of providing for everyone and the final decision whose claims are the legitimate ones in each particular moment.

This style of governing might be termed populist and it is deeply deplored by liberal political commentators. It surely indicates a shift from the neoliberal reformist discourses of the 1990s. These are gradually replaced with the image of the proactive state – ridiculously simplified, pseudo-progressive image, centered on the party slogan “We are constructing Bulgaria!” In it the activity of constructing highways is presented as the prime means of achieving welfare for Bulgarian people, and Borisov and his ministers are constantly exercising some physical, tangible activity with their muscular bodies – opening a newly finished road, celebrating the new Sofia metro, reconstructing a downtown street or a park in a middle class neighborhood, etc.

Yet this “construction populism” is flat and two dimensional, it is easy to see its main feature is to fit nicely on the TV screens. But as Borisov’s case teaches us, the authoritarian revolution won’t be televised and what is not mediated is what is truly important. Apart of the media images, the foundations of the neoliberal order in Bulgaria – financial stability via monetary board (in operation since 1997) at the price of permanent austerity in employment, education, healthcare, workers’ wages and pensions, economic efficiency as global semiperiphery, suppressed workers rights – remain unchallenged by the regime. What is more – the environment of permanent austerity is indispensable for the very kind of populist mediation on which the regime is founded. It is made fit for such a “deficit economy”, in which education, health care and jobs are scarce, insecure resources, and the selective redistribution of European funds could appear as benevolent governmental action on behalf of the needy population. European Union structural programs, neo-liberal policies and authoritarian practices seem to mutually reinforce and stabilize each other in Bulgaria.

Until last week when an unexpected shock in the system seemed to shatter everything in the country – a wave of protests against the high electricity bills, turned into a rage against the political system in general. Many believe the protests mark the final exhaustion of Borisov’s popular charisma, and the consequent end of his regime, grounded on it. Yet, it might be too early to write him off. His elusive style so far appeared as resilient as to even accommodate popular anger and use it for its own ends.

He exited power as in a carefully staged and thought over TV production. As the story goes, Borisov watched the first images of the violent clashes between police and protesters and said to himself: “I do not cover the streets with asphalt to have it smeared with blood. Every drop of this blood is shame for us.” and: “I received this power from the people. To the people I return it now.”. Then he decided to resign. Borisov acknowledged peoples’ rightful anger, but threw it back towards his political opponents, the elites of Transition, and the energy mafia. He used his resignation as a way to revive himself, and erase all connections to power, that he, the Prime Minister, had. To revive his image of the elite fighter, almost reluctantly in power, and repaint himself as a rank and file protester, one of the angry multitude.

In Parliament on the next day, as the government resigned, Borisov accentuated the drama of the moment announcing there was intelligence information that Ahmed Dogan, the former leader of the Turkish minority party, is planning his assassination. When leaving the Parliament, Borisov was met by a “spontaneous” protest against his resignation. People were crying and asking him not to leave, but he was resolved to do what is good for the country.

With the resignation of the government, Borisov’s hands are untied now to fully develop the paradoxical role of an opposition to power, to his own government, compromised by the schemes of the mafia elite. “I fought the elites, but I was crushed by them, help me finish the fight”, is the message he will try to convey. It is difficult to predict how successful these maneuvers to limit the erosion, and reinvent his charisma will be. But it is safe to say that no matter if GERB wins or loses the elections in April 2013, Boyko Borisov will continue to be the individual most influential political figure in Bulgaria.