Elections Without Choice: Notes on the De Facto Situation 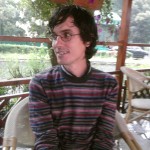 For the first time after the 1989 Revolution, this December’s parliamentary elections appear to us deprived of their social stake. And this is not because the range of electoral choices does not include an ‘authentic’ left-wing party,[1] nor is it because the fundamental differences among the political projects have all but faded, but because, as a society, we no longer have anything to gain, within the logic of the system, from the political actors and the whole parliamentary process. Leaving aside, for one moment, the important issues, i.e. the state of the economy and its consequences, we can fairly say that the citizen’s rights and liberties are reasonably observed at present and that the European Union’s instructions, as a rather positive influence in the Romanian case, are more or less willingly heard; therefore, we are now in line even if there is still room for improvement. In theory, we are doing fine, but the theory is no longer capable to generate that extra content; by way of consequence, what is the point in going to the polls to support a democracy that only represents the interests of an increasingly narrow share of the society?[2] As long as the authoritarian or populist threat is nothing but a campaign topic,[3] an electoral fantasy hiding the consensus of all the political ‘alternatives’, it should not be the concern of the independent Left to give legitimacy to the candidates[4] – be they social-democrats, liberal, popular or conservative – and to emphasize the different shades of parties and candidates. To my view, what the Left should do has very much to do with what the Left can do: not much, I reckon, but seeing things for what they are is always preferable to false expectations.

The truth is that there is a global economic crisis, a crisis of the capitalist system. Historically, capitalism meant an extraordinary progress: with this new economic system, the modern world became more free, equal, productive, and empowered than ever before. However, capitalism later came to stand for the main obstacle in the way of ever increasing freedom, equality, productivity, and empowerment. The notion that the system is constituted by both the contradiction between labor and capital (or between forces of production and relations of production) and the private appropriation of the results of essentially public and collective productive actions made its comeback as a current issue. This self-evident comments concern, of course, an advanced capitalist economy that includes both educated labor (in every sense of the term) and an advanced production technology. In other words, they concern Western or Westernized developed societies. These societies are the only ones capable to bring to completion a progressive, i.e. socialist, systemic change.[5] Given Romania’s status as an undeveloped country,[6] it would be slightly extravagant to speak of the possibility of a socialist revolution here and now for such a transformation can only occur where there are the necessary capital and objective conditions for its socialization. As for us, we can only hope to become as well integrated in the capitalist world as possible so that a potential change of system should affect us too. These mere observations are not meant to encourage passivity and resignation but to point to what I personally believe to be achievable.

The main task at hand for the independent Left is to promote the values of democratic egalitarianism,[7] which currently means to delegitimize capitalism. If the capitalist system, by rendering difference irrelevant, is uniting people to show them that we are all subject to the material constraints generated by the same system, to the same extent, then the background problem that all societies face is the unjust functioning of the economic system. That means that we need to start from what we have in common, the universal (and international), i.e. the economic system. Delegitimizing capitalism implies denaturalizing it. Despite the examples and arguments that have already reached public awareness, there are still many people who believe that this economic system is not a contingent social creation, which appeared at a particular time in history and therefore subject to replacement, but an almost natural phenomenon, a condition that makes possible the very order of modern society (in the absence of which human existence is doomed). Given that thinking and expression commonly still take place under the terms set by capitalism, also because any social reason has become an economic one, the Left only has to produce new arguments against this social perception. At stake is not only the cultural and theoretical hegemony of egalitarian ideas but also their practical influence. Given that the classic political framework is thoroughly and structurally corrupt, which is becoming an increasingly pervading idea for many (despite the dominant notion that the only holder of monopoly over the legitimate representation of citizens is the state, through its institutions), the notion that real change can only come about through party politics is false. For the purpose of the independent Left is not to take over power or to make it into the governing structures but to help transform the current system. This proves impossible through (national) parliamentary decision – even the German social-democrats failed to do it at the end of the 19th beginning of the 20th century despite being backed by a very determined working class –, on the one hand, and undesirable if a few prerequisites are not met: a developed capitalist economy, productive labor, progressive general education, social solidarity and empowerment, class consciousness, on the other hand.

To conclude, what is there to do if indeed the current overall situation is not rosy? As my knowledge of activist cases and causes is scarce, I will only make short observations about the intellectual Left. It is common knowledge that the duty of the intellectuals in the bourgeois age is to bring forth the most accurate possible interpretations of the world. Of course, this is not very popular with the leftist intellectuals who always quote Marx’s 11th Thesis on Feuerbach to oppose this idea. When he wrote that philosophers limited themselves to interpreting the world instead of changing it, Marx assumed that philosophy – via Rousseau, Hegel, Feuerbach, etc. – had reached a final interpretation of the world that the communist revolution was to actually implement (and thus render redundant). This is no longer the case as there is not even a minimum agreement on the vocabulary, making it practically relevant that we should appropriately understand and express political and social ideas. Moreover, the conservative philosophical offensive forces leftist intellectuals to challenge these interpretations with counter-interpretations. Instead of directly facing the enemy, the capitalist system, the intellectual Left can try, more modestly, to impose new explanations and old meanings of the world in the public space. That is, to make anti-capitalist theory.[8]

Translated into English by Miruna Voiculescu

[1] Groups such as PAS [Socialist Party Alliance] and PSR [Romanian Socialist Party] are not to be considered as they err in their ideology, both parties being stuck with an equally outdated and irrelevant anti-capitalist mind frame.

[2] In his latest articles, Ciprian Şiulea points precisely to this: how the Government’s actions have become detached from the needs of the society. Nonetheless, that the political process should become representative for society becomes less and less likely since there is silent consensus on the need to narrow all traditional social functions of the modern state. This is also visible in the discourse: for instance, people no longer speak of society but community. The leftist ‘civil society’, the first to internalize the logic and language of power, is no stranger of this shift from an ‘artificially’ universalist understanding of living together to an ‘organically’ tribal one.

[3] All Romanian political parties (currently enjoying a higher degree of trust) are, electorally speaking, populist: USL (Social Liberal Union) has recently discovered the ‘benefits’ of an anti-European political discourse of an obviously populist kind, ARD (Right Romania Alliance) takes a thoroughly uncritical pro-European stance paired with a ridiculous populist economic discourse, as for PPDD (Dan Diaconescu People’s Party) – no comment. As concerns the so-called authoritarian threat in the person of Traian Basescu, the drive of the USL campaign, I believe it can no longer be taken seriously: from where I stand, the suspension followed by the referendum for the dismissal of the President ended very well: on the one hand, Traian Basescu went back to being President, – which is good because he can more or less keep the USL government in check -, and on the other hand his popular legitimacy decreased significantly, which is once more good because this tones down the recent drive to “modernize” the country.

[4] On the contrary, the less popular legitimacy the future government has – whatever its political color –, the more chances that the governing process should be more balanced and cautious.

[5] Almost each time the issue of such change is raised, the main objection to it – see, for instance, Liviu Ornea’s journalism work – is the lack of a detailed description of how a post-capitalist society is supposed to work. I believe that this is the wrong way to ask the question as the search for the answer would be necessarily indebted to an intellectual prejudgment according to which practice is nothing but the direct consequence of abstractly deducted theoretical principles (up to the last detail) according to an universal science, by a clairvoyant intellect. This notion is as idealistic/ Platonist as can be. If this is the case, i.e. there is such thing as an overall view and a conscious project supporting the society, why is it then impossible to solve a decisive issue such as the current economic crisis through ‘technical’ means? Historically, there are no recorded cases of systemic change based on musing over proposals of social transformation followed by the conscious choice of one option over another. And I am not speaking of historical epochal thresholds such as the one separating pre-modernity and modernity. Let’s take a closer look: in the case of the 1989 [Romanian] Revolution, was there someone who mused over the options, then drew up an omniscient plan and the then proceeded to implement it? In actuality, people overthrew an unjust system and replaced it with a new one, a better one, without thinking too much about the next steps to take. Of course, there were some general principles that inspired human action – but these principles, more often than not the same ones, also apply to anti-capitalist democratic socialism. Therefore, imagining social patterns that should meet all the theoretical criteria of a perfect world is a utopian intellectual exercise.

[6] Although Romanian current capitalist relations of production are so well developed (that sometimes we get the feeling of being at the avant-garde of the general movement towards the loss of the social rights that employees have painstakingly earned over the last 2 centuries), the means of production and the capital are underdeveloped and insufficient.

[7] Democratic egalitarianism, as an Enlightenment and socialist claim, should not be understood as mere de jure (political) equality in a class-structured society based on de facto (economic) inequality.

[8] I am aware of the paradoxical nature of my claim that Romania needs both capitalist development and the contestation of the capitalist system. Given that I did not set out to give a theory of practice, I do not have an answer to this objection. Until proven otherwise, I am convinced that this stance is the most theoretically rational even if the claims are aporetic in practice.