A Freight-ening Tale: Bulgaria Finally Stands up to the EU 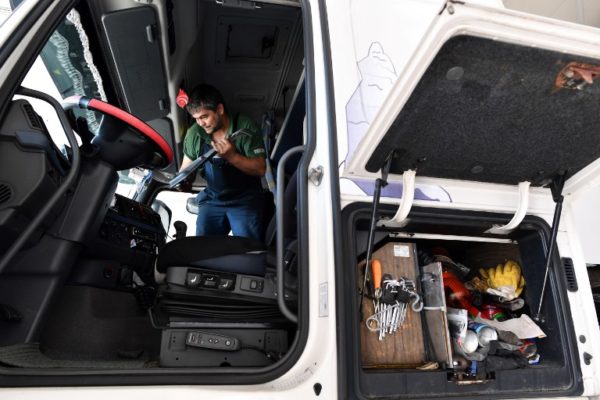 A truck mechanic works at a garage of a transportation firm in Bucharest on August 18, 2017.
AFP PHOTO / Daniel MIHAILESCU

This article has been published in collaboration with Bilten.

The following is an overview of a recent episode in the relentless war on social rights in Bulgaria. I will focus on the aborted reform of freight drivers’ work conditions as it presents us with a rare case of a clear internationalization of the extremely exploitative industrial relations prevalent in Bulgaria within the international freight sector.

In 2017, during a trip to Eastern Europe, French President Emmanuel Macron drew attention to one of the obvious effects of the market integration of nations as distant and divergent in economic development as Bulgaria and the Western European countries. Macron argued that cheaper labor from Eastern Europe exerts downward pressure on the wages of its better-paid Western counterparts, and that Eastern European workers posted to France should receive the same remuneration as the local labor force for the duration of their stay.

The main advantage of Eastern Europe has been and continues to be its seemingly endless pool of cheap labor relative to Western European standards. Western companies are especially worried about the proposed relaxation of the restrictions on cabotage: the possibility of a vehicle registered in a member state to transport goods within other member states while on an international trip. Western workers also have grounds to fear competition from their Eastern counterparts. Commenting on the proposal, a representative from the French union CGT compared workers from Bulgaria, Poland and Hungary to slaves.

In May 2018, following up on the Macron Law, the European Commission launched a proposal for equalizing work conditions across Europe: the so-called “Mobility Package.” It aims at regulating truck drivers’ remuneration, rest and driving time and updates the rights of European freight companies to operate in member states other than the ones in which they are domiciled. According to the sections in the proposal dealing with working conditions, drivers are not to stay away from home for more than three weeks and employers are to shoulder return costs should the truck driver decide to go home. Also, rest time was to be regularized with longer breaks (up to 45 hours per week) in proper accommodation (i.e. hotels), paid for by the employers. As it stands, it is common for the drivers to sleep in the cabin and the reform was supposed to put an end to this road-safety-compromising and unhygienic practice, except in specialized parking lots equipped with cooking and hygienic facilities where the driver would be permitted to sleep in the cabin.

During the discussions and voting in early June in the Transport Commission (TC) of the EP, several Bulgarian MEPs led a coalition of nations – all of them Eastern European – in a heroic offensive which beat down the proposed reforms. In July, the EP tried to vote them in again to a new round of irresolvable controversies and the package was sent back to the TC for further deliberations. In effect, it has been tabled at least until the next European elections.

The Bulgarian MEPs who led the tireless resistance against the Mobility Package are the members of the conservative European People’s Party (EPP) group but also Angel Dzhambazki, a prominent far-right politician and member of the European Conservatives and Reformists, with a record of incendiary racist statements in Bulgaria. However, all Bulgarian MEPs but one converged on the necessity to protect Eastern Europe’s chief economic advantage over the West and voted down the proposals. Andrei Novаkov, an MEP from the EPP, used colorful militant rhetoric and was unashamedly jubilant about the “absolute and unconditional capitulation of the Macron package and the total victory of the Bulgarian position.” And as backroom diplomacy and negotiations within Parliament seemed to have faltered initially, Dzhambazki resorted to street pressure by calling a protest of truckers in Brussels. (They had already staged a mass protest in Bulgaria, which coincided with Macron’s visit there.) Dzhambazki also passionately defended the European Freedom of Movement tenet, warning that it is undermined by the proposal mandating drivers to go back home once every three weeks.

The Bulgarian Socialist Party (BSP) and its MEPs also lent their voice to the interests of capital, even if they did not deploy such military lingo. BSP leader Kornelia Ninova issued a strongly worded objection to the package and promised to elicit the support of other Socialist parties in Europe for the Bulgarian freight sector. (The only Bulgarian MEP who voted for the Mobility Package was Georgi Pirinski from BSP/PES. His position angered the Union of International Spedition Companies which issued a communiqué calling Pirinski a “national traitor” and demanded an explanation from the “renegade” MEP.)

Meanwhile, the Bulgarian Parliament unanimously voted in a declaration condemning the Mobility Package. The Bulgarian government also backed the freight companies unequivocally. On their part, they threatened that if the new rules are enforced, they would call a national referendum for exiting the EU, warning against the dangers of “Western European populism”. The two main trade unions, KNSB and Podkrepa, also endorsed the opposition to the Mobility Package. Using the liberal vocabulary of human rights, the syndicates argued that the package is a type of “discrimination”. Yet they tried to balance between the obvious benefits to the drivers in the proposals and the interests of the businesses by arguing that it is correct to pay to drivers the minimum rates in the countries in which they operate most often.

The so-called “Bulgarian position,” which united the entire political spectrum, business-owners and workers, government and opposition and which is nothing but the position of the Bulgarian freight business-owners (despite passionate defenses of the interests of truck drivers coming from all directions, especially from Dzhambazki), is a strong objection not only to the new rest schedule but more importantly, to the proposal to treat drivers who work abroad for more than 72 hours as posted workers, that is, workers subjected to the legislation, remuneration rates and regulations of the host country. Importantly this would mean paying these drivers the local rates while they engage in cabotage abroad rather than their “competitive” East European salaries. In 2018, those hover around a €300 base salary monthly in addition to an allowance of €1160 per month, which the driver has to use for food, lodging and other expenses while driving long-distances in Europe. Because their salaries are so low, drivers treat this money as remittances to wire home and try to save as much of it as possible, mostly by skipping on accommodation charges and sleeping in the cabin.

It is a rare occasion in which a country as insignificant in European politics as Bulgaria actually makes a difference and it is very unfortunate that it did so when it was a matter of combating modest improvements in labor conditions, and a modest attempt to bridge the scandalous gap between East and West in the pay for the same kind of work. The lesson to be learned is that the right and far right defend only capital’s mobility, while displaying no hesitation in abandoning the principle when faced with people fleeing from war-torn countries.

The truck drivers protesting the Mobility Package in Bulgaria sported a banner that read “Macron, don’t divide Europe!” Teary pleas to avoid turning the EU into a “Europe at two speeds” punctuated the debates. These statements miss the fact that the EU has always run at two speeds: the “competitive salaries” of Eastern workers attest to that.

Truck drivers can easily be scoffed at for protesting against their own best interests and defending their subjugation, yet in the absence of strong union organization, individualized workers come together by aligning their interest to that of their employers, hoping they can at least keep their jobs. Moralizing them obscures the fact that the only way countries like Bulgaria maintain international competitiveness is by exerting downward pressure on wages. Workers, who are otherwise fully cognizant of the conditions of work in the West, are forced to accept the disparities as well as their own position as second-class citizens within Europe.

In the current European economic conjuncture, capital enjoys near unrestricted mobility, propelled by incentives ranging from tax breaks to subsidies. The slightest attempt to enforce higher standards and pay provokes fierce resistance and even calls to leave the EU. In contrast, workers are often permitted – or, rather, obliged – to move if they are ready to accept humiliating wages and curtailment of social rights. 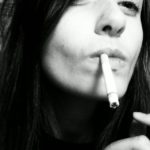