Greece: A call for support of the struggle of VIOME workers

Note from the LeftEast editors: we publish this call, sent around by the general assembly of the workers at VIOME, in solidarity with their plight and struggle.

As a result of the legal battle waged against the VIOME workers collective, the state-appointed trustee is now organising a series of auctions with the aim of liquidating the plot of land on which the VIOME factory is located. A possible sale of the land would create the legal ground for evicting the workers from the factory.

Although the workers and the solidarity assembly are decided to stand their ground and defend the factory in all eventualities, the auction process represents a threat and it requires mobilisation in order to be prevented. A first step is to block, through direct action, the first such auction that is programmed for November 26th. This is why we reach out to you, to ask for help and mobilisation to put pressure on the government to satisfy the long-standing demands of the VIOME workers for legalisation of their activity, by expropriating the factory and granting it to the VIOME workers’ cooperative, which will operate it in a horizontal and self-managed way, as it has been doing for 3 years now.

We appeal for an international week of solidarity, from November 17 to 24.

Please read and circulate the following appeal of the workers for support:

we would like to inform you about the latest developments in the struggle of the workers of VIOME. 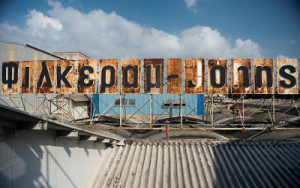 As you know, for four years now we have been fighting for our life and dignity. We, the workers, have chosen to create social alliances. We have rejected the proposals made by various political organizations to have an “exclusive” relationship with our struggle and direct it following narrow partisan criteria. Nevertheless, we have always all accepted invitations to speak and communicate.

When large parts of society decided to stand by us and support us with whatever means they had available, a large network of solidarity was created. Consequently  we managed to build relationships of trust, through common assemblies were the wider community can participate, where together we make decisions on the political course of the struggle, as well as on many other issues.

Many political organizations agreed with the political framework that we, together with the wider community, have set. To this day they support our effort to operate the factory with workers’ control of production and self-management by the workers’ assembly. 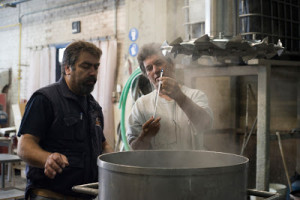 Among the political forces that supported our struggle was SYRIZA, through statements and commitments for an immediate solution to the issue of operation of the factory, made by the current prime-minister himself.

Of course, after SYRIZA came to power, the statements and the commitments became more and more vague. The determination they demonstrated when they were in opposition was replaced by timidity, and by proposals that we make compromises in a different framework than what we had previously agreed upon.

Their great “achievement” after eight months in government is to abandon the struggle of VIOME to the machinations of the judicial system. The same judicial system that, despite having condemned former owner of VIOME Christina Philippou to dozens of months in prison, allows her to walk free, supposedly to do community service at a municipality where she has strong “connections”. To this day, she has never showed up at the place where she is supposed to do community work.

A judicial system that allows those who have abused and destroyed the Greek society for five years now to walk free, never taking any action to punish them. The “first ever left-wing government” leaves us in the hands of this judicial system. 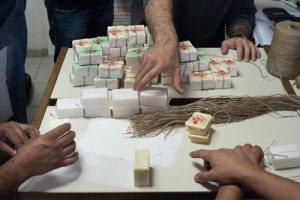 The political standpoint of the judges is evident through the decisions they have made up to this moment: they have gone as far as saying that we have no legitimate right to demand the money owed by our former employers! In all our attempts to claim our money, both by intervention of the property of Philkeram, and by demanding to operate the factory again, we have received the same answers.

And of course, they do not take any action to find a solution for the operation of the factory, so we, the workers who have decided to stay on, can escape unemployment.

According to the court decisions, the unified plot of land where the VIOME premises are located is auctioned on Thursday November 26, 2015, and for three consecutive Thursdays thereafter. If no interested buyer is found, they will continue with the process until they achieve to sell the land, therefore evicting us from the factory.

This land consists of fourteen separate plots, some of which were directly or indirectly donated by the Greek government to former owner Phillipou in recognition of the “social contribution” of job creation. Now they are put to auction to satisfy the creditors of VIOME’s parent company Philkeram: the Inland Revenue Office, the Social Insurance Service, former workers of Philkeram, banks and suppliers. 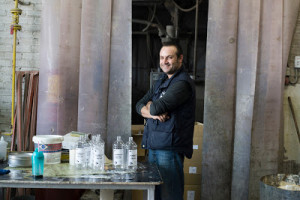 The premises of VIOME represent about 1/7 of the total land, and the area in which it lies could easily be separated from the rest of Philkeram’s real estate. But the employees of VIOME are never mentioned in the bankruptcy proceedings, although VIOME was a subsidiary of Philkeram, driven to destruction by the parent company’s bankruptcy. VIOME is completely neglected, although the mismanagement of the Phillipou family, who transferred funds from VIOME and overburdened it with debt for their personal gain, was largely responsible for the bankruptcy. This is a proven fact, since a study by consultants DELOIT concluded there was capacity for normal operation for both companies.

The judicial system once again sides with the forces of capital and makes rulings against the workers who assert the right to work. And of course, the state does not stand up to the challenge of providing solutions.

For this reason, we, the workers of VIOME, invite all of you, who have been standing beside us during all this time of struggle, to be present on Thursday November 26 in the auction of the land, to abort their plan to evict us from the VIOME factory. A space that we have, for two years now, managed to turn into a place of work and a place of freedom.

We invite you to stand beside us, to support every effort of the workers to make the forces of production autonomous from the capitalist class, a class which anyway has delocalised all production abroad.

We invite you to support the operation of the factory, since we, the workers, have declared that we are not leaving, that our lives are now linked to this factory.

We invite you to stand beside us, so we can affirm all together that a solution exists beyond the advices of the “experts”: this time around, the solution lies with those who are directly involved in the struggle, not with the luminaries.

the general assembly of the workers at VIOME