Without vision of social change, Bulgarian politics is returning back to Boyko Borisov 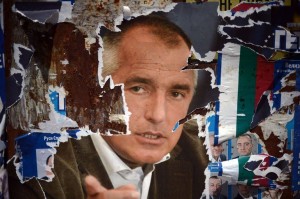 The upcoming elections in Bulgaria in the beginning of October are the second early ones in the course of just one year. They mark a next stage of an intense political crisis taking place since the middle of 2012. The crisis started with violent social protests triggered by rising prices of electricity for households in the country, turned into a rage against the political system in general. The protest led to the resignation of Boyko Borisov’s GERB (Citizens for European Development of Bulgaria) right-wing government in the beginning of 2013. To understand the dynamics which led to these elections we have to go back in time.

Boyko Borisov has been dominating the political scene in Bulgaria since 2006. His right-wing populist regime rested on his immense personal charisma (he has been a former bodyguard to Bulgaria’s last socialist leader Todor Zhivkov and to the last king, Simeon II; then unrelenting chief of police before he ventured reluctantly into politics). It was also grounded on two tenets – attaining financial stability in an unstable post-2008 crisis world, and bringing prosperity to Bulgaria via EU funds. The overall goal of stability was achieved in his politics at the price of a regime of permanent and preemptive austerity in which workers’ rights, wages and pensions were suppressed,, and the necessary funding for the healthcare, education and social support systems was continually downplayed as unattainable luxury, systematically postponed for an unidentified future. Borisov claimed many times that he is following the style of his political mentor, German chancellor Angela Merkel.

In a situation of austerity, European funds have become a key economic factor. That in 2012 Bulgarian economy grew with 1, 7 %; 1, 5 % has been directly related to European funds. Municipalities, media, agricultural concerns, etc. competed for Borisov’s benevolence and were granted access to European money in exchange for loyalty and obedience. Control over distribution of European resources became a means of control over large sectors of society. Borisov’s political originality consisted exactly in the realization that European and authoritarian are not necessarily contradictory things. In the entourage of his party he combined a huge pool of Western educated experts to grant him access to European funds, with ruthless power players to execute an everyday politics based on patron client dependence. It worked up until the mass protests of February 2013. Yet Borisov managed to exit power in a very careful manner, using his resignation as a way to revive himself, and erase all connections to power, that he, the Prime Minister, had.

Early elections were held in May 2013 where Borisov’s party still got most of the votes, but not enough to form a government. A new coalition government was formed between his main opponents, the Bulgarian Socialist Party (BSP) and the smaller, traditionally representing the Turkish minority, Movement of Rights and Liberties (MRL). The MRL has always described itself as pertaining to the liberal part of the political specter, and BSP, while nominally left-wing (it originates from the Bulgarian Communist Party before 1989) for many years defended the interests of powerful business magnates, and promoted neoliberal market politics. BSP was the proponent of the introduction of the flat tax in Bulgaria. Its godfather, the former right-wing financial expert Plamen Oresharsky, was made head of the new coalition government.

Plamen Oresharsky’s government gained mass public disapproval with a spectacular velocity. Within a month of its serve it appointed the most controversial business magnate, media mogul and MRL MP Delyan Peevsky as head of State Agency of National Security. This move caused a new wave of mass protests and street demonstrations, which started in the summer of 2013, and lasted without interruption for more than a year, contributing for the government’s resignation in July 2014. A more important factor for the resignation was the ongoing conflict between the two parties forming the coalition, which intensified after European elections in May 2014.

The BSP and MRL government claimed its raison d’etre was righting the wrongs of Boyko Borisov’s dominance in Bulgarian politics, changing his corrupted model and bring some of the country’s economic advances to ordinary people. Yet the two parties relied on the same patron client regime of political operation as Borisov. Leaked footage from European elections campaign in May 2014 showed BSP organizing controlled voting in large mining firms, owned by a businessman close to the party. For many years MRL leader Ahmed Dogan has been a symbol of clientelism, with his famous words at a public meeting with voters of the party that nothing in Bulgaria happens without his approval.

From the perspective of the upcoming early elections the BSP-MRL government more and more seems like a short and inconsequential intermission. Alarmed by months of instability and a tightening economic and financial crisis, Bulgarians seem to find new fascination in Borisov’s old message of stability. Boyko Borisov’s GERB is expected to win a majority and come triumphantly back for a second term in power. In the months after European elections in May Borisov has been very careful to send the right signals to everyone in his usual style of a political mediator, refraining from hard ideological moves, and carefully balancing between different contradictory interests. He has been underlying his close ties with American government and secret services, while at the same time claiming to be the only person to secure the start of the Southern Stream pipeline, within the current complicated geopolitical conjuncture.

A month before the elections the political process in Bulgaria does not offer fresh alternatives and is headed back to where the crisis started two years ago. The last year in government left the BSP in a serious ideological and organizational crisis. More and more often now key political figures within the party are talking of a needed left turn yet dependence on big businesses and oligarchs make such a turn little more than a rhetoric device.

The Movement of Rights and Liberties, on the other hand, is in a much better shape. In the last years it has been working systematically to gain access to not only its traditional electorate of the minority of Bulgarian Turks, but to other socially disenfranchised groups in society. It has successfully re-branded itself as the party of the minorities, reaching out to Roma voters, and even to poor Bulgarians. It will remain the third biggest political power. The future government of GERB would need its tacit support, or at least a cease-fire with it to operate.

A new political player the party ‘Bulgaria without a censorship’ led by the former media presenter Nikolay Barekov is expected to enter the parliament. It has been taking the role of the anti-system political movement, speaking against the corrupted elites and their ties to shady businesses. Yet significant evidences suggest it has been funded with the money of the media mogul Delyan Peevsky and his former partner, Tsvetan Vassilev, the owner of one of the biggest banks in the country, Corporate Trade Bank. It has lost much of its support after this information has been made public.

The smaller right-wing Reformist Block uniting the remnants of the so called old anticommunist right of the 1990’s, and some new political subjects born out of the street protests in 2013-2014, is the other political force expected to enter parliament. The Reform block is deeply divided in its attitude toward the expected winner of the elections and is sending contradictory signals. It both tries to position itself as the most radical critical force against the current system calling for a Great National Assembly, change in the constitution, and running a clean hands anti-corruption campaign to purge all state institutions of relations to mafia. At the same time, the Block would not want to miss the chance of taking part in the future Borisov government and is expected to enter in a coalition with him as a minor partner after the elections.

Would two years of protests, crisis and occasional talks of radical changes of the system leave a lasting impact after these elections? We might safely say not, until a change in the diagnosis of what is wrong with present Bulgarian society is reached. Many of those active in the mass protests of 2013 think the root of the problem is the state, taken and privatized by mafias. They are ready to embrace Borisov’s second coming with its promise of stability and predictability: he might be a mafioso too, but at least he knows how to do it. Yet adherents to this view fail to understand that the stability he is offering comes with the price of keeping large parts of Bulgarian society in a state of muted misery.

The thorough systemic changes, which were the stated aim of the 2013 protests, will only be possible when there is one political player, willing to and capable of addressing these large masses, hitherto victims of political patronage and treated as disposable voting material by all parties, engaging with them as political subjects, directly addressing them with a vision of social change beyond the current austerity politics. Yet the early elections are approaching and there seems to be only one thing that all the main political players are in consensus: that social issues will remain out of the agenda. 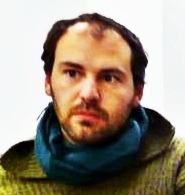 Stefan Krastev has a BA in Ethnology from Sofia University and a MA in Sociology and Social Anthopology from the Central European University. He has worked on Roma, ethnic minorities, urban marginality, illegality and squatting, racism, and visual media. Currently Stefan is doing a PhD in Sociology at the Sofia University and managing the Political and Social Debates Program of the Red House Center for Culture and Debate – Sofia, Bulgaria. Stefan is part of the collective of Social Center Xaspel.