PLAN C: Which plan for the Left government in Greece after the new memorandum? 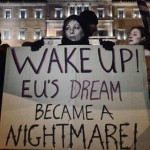 Over the last couple of days, the Global Centre of Advanced Studies (GCAS) “Democracy Rising” Conference took place in Athens, Greece. There has been much talk about three possible plans for the future of Greece: PLAN A (the continuation of Memoranda politics), PLAN B (exit from Euro), PLAN C (strengthening local cooperatives and subsistence economies, empowering communities). It has to be clear that these plans are not mutually exclusive, but could form at least demarcatory grounds for future strategy and popular mobilisation. This is a short comment on these plans.

Let me be clear from the start that PLAN A is not an alternative plan, and definitely not a plan of the Greek Left and Syriza. This has been a mainstream neoliberal policy of the Eurozone, dominated by the core countries and financial capital, orchestrated by German-led hegemony. Tsipras el al hit the wall, and were forced to accept a colonial position, which prescribed depoliticization of their own administration and a close monitoring of all legislative processes in the Greek parliament by the Troika. The “plan” is thus only an ‘extremization’ of the logic, which was from the beginning a path without alternative. Its only hope is that, eventually, the economy will pick up from recession and that the core will, charitably, at some point restructure the debt and monitor a bit less. However, the economy needs recovery now, and other parts of the deal consist of recessionary policies (see the talk of Costas Lapavitsas at the Democracy Rising Conference).

I do not need to go into detail to show how self-defeating, politically wrong and disastrous in all aspects of life and politics this “PLAN A” is, and what it has brought to the working people in the last 6 years. To follow this plan means to embrace a reactionary position, which merely adaptats to neoliberal capitalist logic, and wait for the charity of the ruling class and austerity with a human face.

PLAN B is a real alternative plan, which could open the most strategic questions. Obviously, this plan exists only in fragments and bulletpoint, while the neoliberal side prepared a more detailed plan. Also, importantly Grexit has only 25% support in the population. Why so little support, some people ask? Not to over-state the opinion polls, but one reason is because the Left Platform, Antarsya, et al, have not yet provided sufficiently detailed discussion and analysis in favour of such a plan – and they did not present this plan to the people before last elections or on other ocassions. Indeed, within Syriza, this discussion should have started earlier, as has been acknowledged by all currents within Syriza. Another important reason for delaying the discussion might be that PLAN B brings to the fore much sacrifice, similar like the above, PLAN A, but probably with even more external volatility in case of one-sided default and debt cancellation, thus, setting the conditions on Grexit. However, this alternative, at least presents us with a mid-term possibility of taking more control of fiscal and monetary policy, and getting out of colonial status. One could say in terms of revolutionary tradition, that it is precisely here, that the real politics starts: jump into the emptiness. Even a detailed plan cannot bring you an ultimate guarantee of the success or failure; the real politics is unpredictable, which obviously means you are undertaking a risky path. Moreover, any real politics is based only in its own forces, without external guarantee, but a path that might trigger a real social transformation with many political consequences for the whole Europe.

There are, of course, potential dangers in PLAN B that we have to be aware of: radicalisation from the Eurozone (embargo, capital flights); negotiating of the conditions of Grexit (neoliberal suspension by Schäuble et co.; nationalistic appropriation by Golden Dawn); the threat of coup d’état.

The key is therefore in short-term to sustain a broad left front, hopefully with the united Syriza, and to orient the course, in mid-term, from popular sovereignty to peripheral solidarity. In short-term it will be of utmost importance to find alternative credit sources, to organize basic infrastructures, food and medicine, and to keep the military in check.

As a sidenote I would add, that we could compare this exit with another OXI from European peripheral history: Yugoslav “OXI”, which was a “NO” to Stalin in 1948, which meant that Yugoslavia was isolated from West and East, under embargo, and under real threat from Soviet invasion. But this OXI did not result in complete isolation and subjugation of Yugoslavia, but rather opened a path to workers’ self-management and the participation in creation of non-aligned movement that went beyond the Cold-War division of the world. Yugoslavia performed a strategic, internal and external re-orientation, which enabled it a few decades of relative economic, political and social stability, but with many internal contradictions, which I have to leave for another place. The fact being, that socialist leadership succeeded to gather yet again popular support and lead country out of the social catastrophe and preserve a high degree of political autonomy.

PLAN C is called as local subsistence economy tied to workers’ cooperatives and solidarity networks. Obviously, and in history of the crises, people have always found ways to self-organize. This is called a survival strategy and it does not need a left government or Syriza to show the way or lead the process. Though this strategy is necessary, and might get some inspiration from recent events in South America, it does not present a long-term solution. It remains insufficient for the coordination and management of highly complex systems such as transport, health, education, etc. I see certain important resonances between PLAN B and PLAN C, the development of solidarity networks as temporary strategy out of crisis, but there needs to be an elaborated plan and coordination, most probably the creation of an agency that will coordinate ministries, solidarity networks, emergency apparatuses etc. Perhaps here lies the nexus for renewal of political mobilisation and popular unity between the movement and party.

The question that I leave for another occasion is the relationship of class forces, local-comprador bourgeoisie and its relation to the foreign capitals, VS. emancipation and empowerment of working classes within Greece. However, I think it would be wrong for Syriza to continue PLAN A + PLAN C as the main strategy, that is, to let people fend for themselves (as under any neoliberal state), and to let the Eurogroup dictate the course of the country’s (under)development. But let us see what the next weeks bring. In the coming week there is another vote on further austerity packages in the Parliament, which will show of internal composition of forces within Syriza, and hopefully more contributions and discussion on the alternative plans emerge. 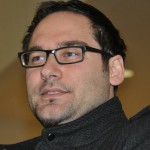 Gal Kirn currently lives in Berlin,where he is a postdoctoral fellow in history of media of Alexander von Humboldt Foundation. In his hometown of Ljubljana, Slovenia, he is a member of the Initiative of Democratic Socialism and Workers’-Punks’ University. He co-edited the book Encountering Althusser (Bloomsbury, 2013) and Surfing the Black. Transgressive Moments in Yugoslav Cinema (Jan van Eyck Academie, 2012) and edited the publication Post-Fordism and Its Discontents (JvEAcademie, 2010).

One Response to PLAN C: Which plan for the Left government in Greece after the new memorandum?