What has the European Union ever done for us? 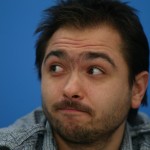 -A note from Romania on Croatia’s integration into the EU-

One should not be afraid to ask this famous Monty Python question in relation to the EU Empire. Seen from the Romanian perspective, 6 years after its integration into the EU structures, the answer should be clear. EU brought increased subordination to the rule of global and corporate capital; the flexibilization of domestic labor and its incorporation into waves of continental migration; the weakening of the state in relation to the bureaucratic structures of the EU and the subordination of the local political class to the interests of EU business and bureaucracy; the intensification of imports and the loss of competiveness of the local production due to the inherently unequal nature of EU regulations; influx of credit from German and Austrian banks; the transformation of universities into diploma factories and their subordination to public policy demands via the Bologna system; an entrepreneurial subjectivity forced by the constant need to write projects in order to access European funds; the culturalization and de-politicization of everyday life through various EU sponsored programs, such as the European Capital of Culture.

Meanwhile, due to the particular integration pathway of the country, Romania remained a second-rate member of the EU, distinctly embodying the hierarchies within the European project itself. Constantly monitored by EU officials for its efforts to reform the juridical system in order to eradicate corruption, the country became nonetheless the playing ground of various lobby interests within the EU. Politics was entirely subordinated to business under the pressure for further integration.

Moreover, the Roma issue –a particularly sensitive one in the case of Romania – managed not only to revive fascistic and racist sentiments at home, but also showed the deeply racial structure of the EU: Roma citizens being deported from the major European capitals back to their home countries. They are the part of no part in a white, rich, Christian and homogenous Europe.

For much of the transition, the Romanians approached the European project as a civilizational one. Integration was supposed to bring us back to “Europe”, to the civilized world, after the communist hiatus. More generally, it was part of centuries’ old aspirations to become “western”. Politicians, both the local ones and their European counterparts, encouraged this approach since it allowed them to act paternalistically, guiding the people to the light at the end of the transition tunnel. The brutal dismantling of the former welfare socialist state, just like any other anti-labor measure, was justified in light of this imperative. Europe demanded sacrifices that had to be made. The utopia of Europe therefore replaced the utopia of communism only that this time not everybody was guaranteed a place in the new society. Only the hard-working, individualistic, competitive, entrepreneurial, cynical and pragmatic people would make it there. The rest, like the old working classes, the elderly and the Roma, were just a nagging stumbling block, a sign of backwardness.

But of course, this rosy dream of middle class utopia was short-lived. EU is in fact an empire, German-based and linked with global processes of accumulation and profit that simply demand the supremacy of capital in relation to labor. It is an economic project fundamentally shaped by class hierarchies and inequalities, antagonistic interests, unequal power relations and geared towards accumulation not to redistribution and equality.

Therefore, as Croatia is approaching the moment of becoming the latest new entry into this European project, the question that should be asked is not about integration but des-integration. Can the EU project, in its current form, be des-integrated, short-circuited and set anew on different bases? Or it will simply go on as before, celebrating the entry of the new member from the South, while the older members of the region (like Greece, Spain, Portugal and Italy) continue to remain in economic agony and social calamity largely due to the inherent dynamics of the EU economics and politics?

Therefore, Croatia’s entry into the EU should be celebrated, but not, as we did in the Romanian case, as an end in itself, as the end of the road to civilization. Rather, celebration should come as the opportunity to participate in changing the rules of the game, in bringing about a new Europe. Therefore, the road is in fact just at the beginning, for all of us.

One Response to What has the European Union ever done for us?