We Demand Removal of the Fence on the Macedonian-Greek Border!

Note from LeftEast editors: We publish here a demand for removal of the fence on the Macedonian-Greek border as requested by a list of Macedonian grassroots movements and NGOs. At the beginning of March 2016, Slovenia announced the re-establishing of the Schengen zone and the visa regime- only people with valid documents and visas were allowed entry on its territory, which effectively meant a closure of its borders for refugees. Croatia and Serbia followed Slovenia’s example. Macedonia followed suit last week, when it sealed off its border with Greece. With this act, “the Balkan route” last year’s main refugee route has effectively been cut off. If you would like to voice your support individually or as an organisation, please send an e-mail to ld.solidarnost@gmail.com, with the following subject: Solidarity with the people on the move. 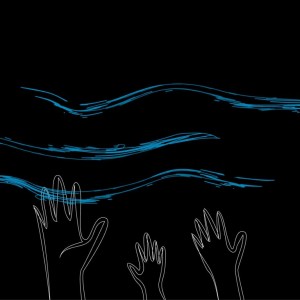 Three refugees drowned in the Suva Reka River on Monday, in an attempt to cross into Macedonia, on their way to safety and a better life.

We are indignant at this occurrence, which represents a direct consequence of the barbed wire fence, which silently, far from the eyes of the public and under the auspices of the EU, was erected by our authorities at the border with Greece. The fence’s length currently comprises approximately 100 km in two rows, but as announced by certain media, it is envisioned that it reaches 300 km.

The setting up of the fence commenced under the pretext of better “channeling” and registration of refugees so as to avoid “illegal” crossing into the country, and has turned into a complete blockade of the southern border. Thousands of people have their freedom of movement restricted, and their right to claim asylum denied, thereby coercing them into seeking alternative solutions. Thus, the border has become a hotspot for smugglers that lurk at every corner, resulting in 3 casualties on Monday who drowned whilst trying to cross the border via the Suva Reka River.

The fence takes us de facto back to the past, when cities were divided by walls and states by iron curtains. It is ironic that those who were the proponents of the fall of those walls and curtains, are the chief conspirators and patrons of erecting barbed wire fences today.

What’s even more ironic is that the patrons of the fence, which restricts people’s freedom of movement, have been intensively negotiating the ratification of the Trans-Pacific Partnership on Trade and Investment recently, which they present as an agreement on free trade and investment. Free movement of goods and capital and fences for the living beings.

Concocting this dehumanised act, they sent a clear message that for them human rights are hollow phrases whilst human lives have no value.

The physical and psychological health of all people at the border has been jeopardised. People’s health, especially the sexual and reproductive health of women and girls fleeing war-torn countries has been put in jeopardy as well. The health of pregnant women and newborns have been brought beyond human decency under these conditions. The risk of sexual assault on women and children has also increased.

Moreover, the border fence almost completely blocks certain vulnerable categories, often overlooked in the refugee crisis, from seeking refuge, such as unaccompanied minors or the LGBT community, seeking refuge from the persecution and death awaiting in their home countries, which in turn increases the otherwise high level of risk and violence exposure within the refugee groups.

In a country with record air pollution levels in Europe, in which green spaces experienced their own massacre in the past years, a great deal of greenery and thousands of trees will be destroyed in order to erect this fence.

Finally, the fence will also affect animals negatively, which won’t be able to freely move, or will fall prey to the barbed wire. Many species’ habitats will be destroyed with a political decision, and the migration of animals stopped as well.

That is why we, fighters for freedom, equality and human rights, nature preservation and animal protection, publicly raise our voice and say NO! to the barbed wire fence! If the fence exists, protection of the people in need will be deemed illegal. Thousands of people will remain stranded at the borders, and in lack of legal routes, will have recourse more often to illegal and dangerous alternatives, which will be conducive to more casualties. We demand that the fence is torn down! We demand the removal of segregating and discriminatory practices which illegally prevent people stranded at the borders from seeking asylum in a safe way!

We demand an end to the destruction of the habitat of all living beings in the area at the border. Many species, based on the territory in both states, will disappear from the area.

The removal of the fence would signify freedom, not only at a survival level, but also, freedom from all the inner fences and borders which we have built throughout the years.

A better and a more just world which encompasses all people and at the same time species with which we share the environment is not built by erecting walls. A more just world is built by tearing walls down, both physical and metal walls. A more just world is one in which human rights apply equally for everyone. Conscience cannot be injected, nor can it be upgraded with chips, and the living beings that are not humans have the same rights as humans, as well as the environment which we must preserve as an inalienable part of the whole biological ecosystem.

We call upon you as conscious individuals and organisations to join the informal coalition. Please get in touch with us to join us as signatories, so that united and in solidarity, we build bridges, not walls! If you would like to voice your support to this letter by having your organization added as a signee in the list below, please send us an e-mail at ld.solidarnost@gmail.com, with the following subject: Solidarity with the people on the move.

One Response to We Demand Removal of the Fence on the Macedonian-Greek Border!