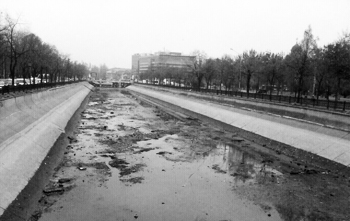 Note from the LeftEast editors: this article has been published in collaboration with the Balkan web-portal Bilten.org. The original publication can be found here.

In September 2015 Romanian Anti-Corruption Prosecutors opened a criminal investigation against intermediaries acting on behalf of the private company ApaNova/Veolia, the provider of water services in Bucharest. Bucharest local councillors had allegedly taken bribes in order to approve tariff increases. The documents presented by the prosecutors showed how water prices doubled between 2008 and 2015 (a 125% increase). Further investigation in October and November 2015 led to the direct indictment of the company itself for an alleged tax evasion worth 5 million euro, among other accusations.

Bucharest privatised its water services in 2000 after a 2-year buffer period during which the concession procedure took place. The World Bank and the International Financial Corporation, a member of the World Bank Group, acted as consultants. The decision to outsource the sewage and water services occurred in the context of poor water quality and sewage services provided by the then public company, Regie Autonome. This Company required investments of over 1 billion dollars, which the municipality claimed it could not afford to make.

The winner of the concession procedure was ApaNova Bucharest, a company in which the main shareholder is Veolia Eau-Compagnie Generale des Eaux, a subsidiary of the French Veolia Environment group (73.7% of the shares[1]). In 2008 the contract was in danger to be terminated under pressure from a mayor of one of the sectors of Bucharest. He was contesting the concession contract itself and the fulfilment of contractual obligations by ApaNova/Veolia. Following alleged bribes from the company, the mayor`s councillors dropped the idea of the termination of the contract and ApaNova started increasing tariffs and profits. The net profit reported by the company doubled in the following years. Profits increased from 69.564.116 RON in 2010 to 140.851.950 RON in 2014, with a net profit margin of over 18% in 2014[2].

The ApaNova/Veolia scandal in Bucharest can be understood as the result of the neoliberal philosophy hitting post-socialist countries in Eastern Europe after the 1990s promoted by institutions such as the World Bank or those of the European Union. But this familiar story would be incomplete without the understanding of other forces at play in this case.

The power game apparent in the ApaNova/Veolia case shows the tension lies between the State (the municipality) and the corporations, what is usually labelled euphemistically as the private actor(s). Citizens are generally left out of the power game.

The Regular Report from the Commission on Romania`s Progress towards Accession in November 1998[3] stated that „In July 1998, the Government has resumed the reorganisation of existing autonomous administrations, comprising public utilities and commercial activities, into national companies, thereby establishing the basis for continued privatisation.”

If privatisation was part of the programme, other things were not. In the context of Romania`s accession to the European Union there was also new legislation that opened up public administration to citizens such as the law 544/2001, the Romanian Freedom of Information Act, and the law 52/2003 on transparency in the public administration. Other changes, in turn, led to a few parties` monopoly and the capture of the state by a few political parties comprising the same politicians after 1989. The law regulating the formation of new political parties adopted in 2003 is one of them. This law was not required by the EU institutions, but the doing of new local forces of capital. That is, the politicians who, probably faced with the opening of decision-making process in the context of Romania`s accession to the EU, prevented citizens and any possible political competitor to even enter political battles. Requiring the signatures of 25.000 citizens from 18 counties in order to register a political party, the 2003 Romanian law on the creation of political parties became the strictest law in the EU upon accession, superseded only by Kazak laws in setting up barriers to entering politics. The procedure, in place until May 2015, rendered entrance into politics a costly business, only affordable to those with access to various resources.

Following the corruption scandal that confirmed the tariffs hikes for water services in September 2015, the current Bucharest councillors did not put the contract with the company under scrutiny. The majority of local voices demanded a new public privatization procedure and tightening of state control over the fulfilment of the contract, the standard liberal demand in such cases. Privatisation, the myth of private actors as better providers of services, continues to hold sway the local imagination.

On the other hand, the local left asked in a public petition for the re-municipalisation of water services, thereafter formally registered with the Bucharest Local Council. The idea came during a meeting organized by CriticAtac concerning the leftist agenda for the upcoming 2016 Local Elections.

The petition was read by the mayor during the Bucharest Council Meeting of November 2015. On December 11, a written answer was sent to petitioners, drafted by the head of Municipal Services Authority, arguing, quoting international audit reports and World Bank evaluations, that the concession contract was a recognized success and terminating it would translate into considerable expenses for the public budget and a decrease in services quality. On December 17, 2015 the Mayor of Bucharest announced water prices would decrease by 5% as of January 2016[4].

The trial of the ApaNova Bucharest and of those involved in the corruption case did not reach a conclusion yet. At the same, and maybe not accidentally, taking advantage of the need to transpose into national legislation an EU Directive on the award of concession contracts, the new national draft law on public concessions prepared by the Romanian Government included a provision on „reasonable profit” regarding privately run public services or utilities, among other ambiguous terms. Citizens were always absent from the debate regarding such arrangements between the state and capital.

While cities around the world, especially in capitalist countries such as USA and France, re-municipalise previously privatised water services (and with the EU institutions no longer expecting or demanding privatisation of such services), in Romania the state seems to be simply renouncing its raison d’être – giving up on its public and/or social services. It can choose to limit profit, but, ultimately, the Romanian Government admits profit can be made from the provision of public utilities and services of general interest.

The only public service that seems to enjoy citizens` trust is the one performed (in many cases staged as performance) by the anti-corruption prosecutors. For the Romanian society, and in the particular case of the ApaNova/Veolia scandal, the only form of justice, so far, is the criminal one. As the re-municipalisation initiative showed, real justice would mean to put an end to the contract. This is not to mention the real goal, of returning water services to the authority of the Council. Nevertheless, this needs to be doubled by bringing real politics back into the Bucharest Council, with councillors accountable to citizens and not to the business interests of current political parties.

The lack of real political and public control over the provision of public utilities would simply reinforce the post-1989 network of power between private capital and local politicians acting for their and capital interests in which the state is devoid of its initial mission. The distribution of resources in Romania, including Bucharest, through private concessions and contracts, has reinforced a power relation to the detriment of the public interest, working for the creation and maintenance of a dominant class. Only the re-municipalisation of all public services, of which water is only the first step, can offer a breaking point to this deadlock.

[1] While the municipality of Bucharest has 16.3% of the shares and an association of the employees hold the remaining 10% of the shares: http://www.apanovabucuresti.ro/companie/cine-suntem/apa-nova-bucuresti/actionariat/ 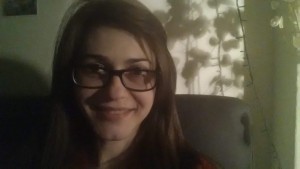 Florina Presada has been working as a Project Manager with the Resource Centre for public participation (CeRe) in Bucharest, Romania, for almost 8 years. She has facilitated and organized campaigns together with vulnerable groups to influence decision-making in a variety of areas. Most recently, she has been involved in changing political parties and electoral legislation, access to education for poor communities and social housing laws. She graduated from the University of Bucharest in Political Science and has a Master`s degree in European policies and administration from the College of Europe, Belgium.

2 Responses to Struggling for Public Water Services in Bucharest