VIDEO: Where have all the workers gone

This film tells the tale of textile workers in post-Yugoslav states. The garment industry was very successful in socialist times, and employed thousands of workers, particularly women. After the Yugoslav break-up and post-socialist transition, however, the industry underwent a process of economic decline and deindustrialisation. Textile workers in the former Yugoslavia faced factory closures, job losses and exploitative working conditions, thus losing the social security and social rights experienced during socialism.

Written and narrated by Chiara Bonfiglioli
Directed and post-produced by Yorgos Karagiannakis, PitchDarkProductions
Produced by CITSEE,  a research project funded by the European Research Council looking at citizenship in South East Europe. 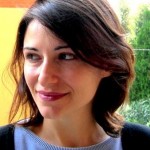 Chiara Bonfiglioli (PhD, Utrecht University) is currently Newfelpro post-doctoral researcher at the University of Pula, Croatia, Centre for Cultural and Historical Research of Socialism (CKPIS), with a project titled Weaving Socialism, an oral history of the garment industry in Croatia, from post-war industrialisation to post-socialist deindustrialisation. She previously held a research fellowship and a Rubicon grant from the Netherlands Organisation for Scientific Research (NWO) within the framework of the CITSEE project (The Europeanisation of Citizenship in the Successor States of the Former Yugoslavia), University of Edinburgh.