I will try to be short and I will try to explain the importance of SYRIZA’s victory for me as a leftist from Kosovo. I will try to present some of my points of view on how I see the problem of the Left today, on the concrete or symbolic meaning of SYRIZA’s victory for the Left worldwide in general and for the Balkans in particular, and about the reasons why we should support SYRIZA now and without any condition. Maybe all of these issues are related with one radical question, radical in the primary meaning of the word “radical”, which comes from the Greek word radius (core): What does SYRIZA’s victory mean for the left cause? I believe this is the question that we as leftists should try to answer in order to understand our position towards SYRIZA. And I will try to do this without pretending that I’m giving the absolute answer.

It has been a long time since the Left gained any victory. It has been a long time of discussions about unimportant details within the Left, meanwhile the reality out there is a frightening, fast-advancing capitalism. The people join and give up the Left. The capitalist system practices everywhere systematic violence against young people, a violence that castrates them intellectually by imposing on them its conditions. Thus, the number of them who join the Left is the same (if not less) as of those who “dissertate”. The Left is stuck in a situation where endless discussions have become the main activity of us, “the revolutionaries”. Activities of a more concrete nature have become rare. This effort has become negligible towards the advancing of “the enemy”. We don’t manage to put ourselves in life-or-death situations in order to produce a revolutionary situation. Revolutionaries didn’t discuss with each other to start the revolutions of the past century, or at least, that wasn’t their main activity. They made themselves go in forests, with minimal chances of winning. This is the point of being a revolutionary. Not to wait for a revolutionary situation, but to create one. If not for the whole society, then for the group you belong to. The situation must be that way, so that, if your initiative for revolution doesn’t succeed, then your shoulders shouldn’t be holding your head anymore. Only then would we be producing a revolutionary reality. The walls of the rooms which listen to us while we discuss have already learned all our arguments and are bored from listening to them all the time. And I’m saying this as an auto critique. If you see yourself in this, sympathize with me.

We, the leftists, need a victory to encourage us. SYRIZA’s victory would be a great victory of the Left, which has been tolerating for so long the Right’s bragging. SYRIZA’s victory is valuable in two meanings.

I don’t have the necessary knowledge to know precisely what the aftermath of the implementation of SYRIZA’s economic platform will, but I know one thing: if not for any other reason, this plan goes better with Greeks’ dream of their country than any plan of those who have interests in and intentions on Greece. Somehow I think here simple logic does the trick: the Troika can’t wish better for the Greeks than they do for themselves.

SYRIZA’s victory would have also the meaning of a symbolic resistance towards the “great powers”. After the polite threatening of Europe’s strongest state, Germany, and not only it, after all the commitment of the “western world” to convince Greeks not to vote for SYRIZA through blackmailing, its victory would be a slap of the left in the face of the right or, concretely, a victory against these perfidious blackmailers. This situation would raise us in a superior position towards the Right.

Why is our support needed?

There is a dialectic relation between our support and SYRIZA’s victory. If we achieve SYRIZA’s victory, we would destroy once and forever, on the one hand, the taboo of contesting financial authorities and, on the other hand, the people’s thought that tyranny is the final result of a society which follows left policies.

Since it is a coalition of different subjects, SYRIZA is in danger of not actualizing its platform. As I said before, it seems to be the Left’s nature that discussions about the truth won’t ever end and so this hinders somehow concrete activities. It looks like this from outside when we try to see what’s happening in SYRIZA. However I say that one must take the risk of supporting SYRIZA, at least until elections in Greece are finished. You know how, it looks to me that the Right wins against us just because they take the risk way more than we as leftists do. Here I will try to prescribe it through a simplified example. Today’s smartphones are a good opportunity of the capitalists to grow their capital. And we all know that the primary incentive of capitalists to create and update technology, knowing how they calculate, is far from the purpose of advancing technology as such. The real purpose is profit. But in this commitment to earning money from selling I see a great danger for them and their system. They made it possible for us to work on their terrain easily. With these smartphones that the capitalists use to grow their capital, we can organize ourselves better against the capitalist system. You see, by trying to profit, the Right is risking too much. Why shouldn’t we take risks for once?

I would like to put two theses arguing why we should support SYRIZA even knowing that SYRIZA can fail in actualizing its platform.

I am sure that conditions or requests of each of us for SYRIZA divide us, the leftists in Balkan.

If I would push here the recognition of Kosovo (the self-determination right of people of Kosovo) if SYRIZA comes to power, I am sure that whole this article would have been somehow rejected from a lot of Serbian comrades, who have the right to have doubts about the issue of Kosovo’s independence. They rightly have doubts about NATO and its intervention in 1999, having in mind that it is a military force that is led by imperialist western powers. But, I would not agree with their simplified arguments, knowing how it was to live in Pristina as an Albanian during 1998-1999. This issue is not that simple, such as taking a “principle” position and opposing principally, since we all know that the Left in Balkans during 1990s was not able to react seriously against the acts of genocide that were taking place at that time against Albanians. As everyone can see already, this debate leads us to other “conflicts” and misunderstandings, and this is not the purpose of this article, but, on the contrary, the purpose is to call on unification.

I say that in order for us to be able to pass the disagreements and misunderstandings, the common solidarity and support for SYRIZA can help. If we stand together with SYRIZA and if SYRIZA wins, the common feeling of that victory would bring us closer to each other. We would have a new enjoyment as young people from the Balkans, contrary to the dark ones from 1990s. We would know how to listen to each other, but also to perceive correctly what we hear from the other one.

SYRIZA is being attacked by those who are putting conditions on it. Comrades should support SYRIZA. To fulfill its mission SYRIZA doesn’t need other conditions from its comrades but their support, because SYRIZA’s side mission and maybe unintentional mission is to unite the left in the Balkans. Conditions divide us; support for SYRIZA unites us. And we really need that unification. 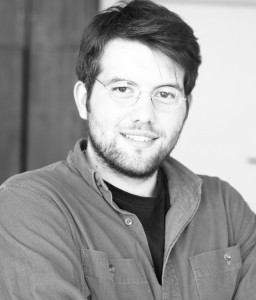 Rron Gjinovci was born in 1989 in Prishtina, Kosovo. He started his bachelor in University of Prishtina studying Engineering Physics and Philosophy. After a symbolic action in 2010, where Rron and one of his colleagues threw red paint on rector he was expelled from studies. Also Rron was imprisoned for a month in prison of Lipjan because of this symbolic action. Rron is co-founder of Students Organization “Students Movement for Equality – Study, Critic , Action”. The organization mentioned was key actor to recent protest (2014) that were successful and pushed rector of university to resign. Rron writes opinions for main daily newspapers in Kosovo such as “zeri” and “Koha Ditore”. He’s author of around 30 articles.From 2008 untill 2012 he was activist of Movement for Self-Determination “Levizja Vetevendosje”. He resigned from General Assembly of Vetevendosje in 2012 because of ideological reasons. He’s not a member of Vetevendosje anymore. Rron was co-organizer of the protests that took place in beginning of 2013 against the increase of the price of electricity. Rron is now studying Philosophy since he gained his right to study again after two years of appellation.