“Ukraine’s European discourse does not correspond to reality”. An interview with Volodymyr Ishchenko 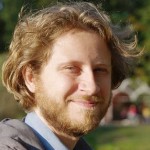 Volodymyr Ishchenko is a sociologist studying social protests in Ukraine. He is the deputy director of the Center for Social and Labor Research, a member of the editorial board of Commons: Journal for Social Criticism and LeftEast web-magazine, and a lecturer at the Department of Sociology in the National University of Kyiv-Mohyla Academy.

Javier Morales (JM): How do you think that the Ukrainian society is assessing the consequences of the Euromaidan revolution? Has there been any change in their attitudes in the past year?

Volodymyr Ishchenko (VI): Before the Maidan, polls showed that European integration and the Russian customs union had almost an equal support, but there was of course a geographical divide between different parts of Ukraine in their answers. After theMaidan, what happened is probably a typical effect of the victory of political mobilization: the number of supporters for European integration grew a lot. At this moment, supporters for the Russian customs union are evidently a minority, much less than in late 2013.

However, attitudes towards the Maidan are determined by a variety of factors. You can have one attitude towards the protests, another one towards Yanukovych’s removal from power, another one towards the current government and its policies… so it is quite complex. My own personal perception is that people are very much dissatisfied with the economic crisis and with government policies. So I am not so sure about the extent to which they support official propaganda, for example, about the “revolution of dignity”.

One of the most significant figures is the level of support for Arseniy Yatsenyuk’s party, the People’s Front.  It was the winner of the parliamentary elections, getting more votes than the Petro Poroshenko Bloc. But now, polls show that the People’s Front has a support of about 5-7%, not really more than the Right Sector, which has increased its support. In October the Right Sector got 2%, but now they have 5% – if elections were held today, they quite probably would get into the parliament. Of course, that might be connected to dissatisfaction about the economic situation.

JM: Can we speak of a democratization of politics and political culture as a result of the Euromaidan? Has Ukraine adopted a more “Europeanized” or “Westernized” national identity?

VI: There are different processes at the level of institutions, civil society or political culture that have influenced the attitudes of ordinary Ukrainians. What can be said for sure is that Ukraine has hardly become more democratic, and there are many developments which can make Ukraine more repressive than it was before the Maidan started. Of course, repressive measures [approved during those protests] such the January 16, 2014 laws systematically limited political freedoms.

However, before the Maidan Ukraine was a more democratic country. We can speak about various criteria: for example the strength of the opposition and the extent to which it was not affected by repression. Now, one of the main opposition parties, theCommunist Party of Ukraine (CPU), is under threat of being banned. It is going to be a long process, but under the new “decommunization laws” they will not be able to keep their name and symbols.

With regard to the problems with freedom of speech, the latest journalist that has been murdered, Oles Buzina, was quite a controversial figure, with views that some considered “anti-Ukrainian” – but that just does not justify that someone could kill him.

Another example is the case of Ruslan Kotsaba, another journalist that was arrested in February for making a video in which he called citizens to resist the army draft. He argued that this is a fratricidal and unjust war, therefore you should not go to the army and take part in it. He was accused of state treason, which is punished with 12 to 15 years of imprisonment; now, he is still under trial and in preliminary detention. Basically, he was repressed for expressing a critical opinion. Whatever you think about the war and the mobilization of Ukrainian men to the army, it does not justify arresting and charging a journalist with a crime that carries such an enormous punishment.

This is just anecdotal evidence from these two cases and would require more systematic research on the evolution of political culture. However, it does not feel like Ukraine has become more tolerant. For example, what do you call “Europeanization”? Maidan supporters tend to promote a progressive understanding of Europe. But Europe is about progressive values, tolerance, equal rights for everyone, and so on. It seems that they indeed believed in these ideas, but it does not mean that this was the reality of the Maidan. The far right did have strong positions there, despite the fact that they were a minority – numerically a minority, but also the most active in the movement.

At the same time, that European discourse does not correspond to the reality of the country, where there is a huge “patriotic” mobilization as a result of the war; it is not about tolerance. It seems ridiculous now to be so much focused on the typical liberal agenda of minority rights while totally forgetting about a number of Ukrainians actually excluded from the political discourse, and also from political participation, because they do not support what has happened in the past year. Hate speech is quite overwhelming. Words that are obviously derogative and pejorative for opponents of the Maidan are everywhere, repeated by top officials and the media.

I know about the idea that a “civic nation” is now finally emerging in Ukraine. The media and some intellectuals claim that, finally, it is not really important who is Ukrainian, who is Russian, who is a Pole, a Jew, a Crimean Tatar… or which language people speak, Ukrainian or Russian. We are allegedly one nation. But this idea of a new nation is based on support for the Maidan: your language or ethnic group does not matter as long as you agree with what happened in the past year and you blame Russia first of all.

Of course, this excludes those who have another opinion. I would not say that repression is really systematic unless you are involved in the separatist movement, which is openly criminalized – actually, you cannot publicly claim that you want your region to separate from Ukraine, even if you are not involved in violent activities. So the focus of this repression is on the separatists, especially those who might use or be willing to use violence. However, even people that are not for separation from Ukraine but are critical of the Maidan are under informal pressure.

JM: What are the prospects for left-wing social and political actors in Ukraine? Do you think there is a future for them, or are they going to remain marginal in the political landscape?

VI: At the moment they are much weaker than before the Maidan. Even before then, they were very weak.

The CPU —to the extent that you can call it a “leftist” party at all, which I have some doubts about— is a bourgeois and even conservative party with regard to cultural values such as feminism, gender equality or minority rights. They have published many conservative statements. But for the first time they did not get into parliament in the last election; before that, in any Verkhovna Rada we had Communist MPs. Now, in this parliament there is no leftist party at all, in any possible understanding of the word.

Some of the most important CPU cells were in the Donbass, where they had the strongest support. Their offices were attacked by the far right; a number of party officials were also arrested. More recently, the decommunization laws have been another blow to them.

The “New Left”, which is not connected to the CPU or other parties evolved from theCommunist Party of the Soviet Union, is divided. Some of them took quite a strong position in support of the Maidan and others did the same in the anti-Maidan movement. They became the left wings of the two competing nationalist camps: nationalist/liberal pro-Maidan people and the anti-Maidan Russian nationalists. In this process, they were compromising class politics with other issues. Their support is quite marginal, and they are not able to get any closer to a hegemonic position in any movement.

JM: What influence do left-wing forces have in Eastern Ukraine, as a result of participating in the “anti-Maidan”?

VI: In fact, their situation is not any better than in the rest of the country. In some ways, it is even worse.

The CPU was not allowed to participate in the November elections in the areas controlled by the separatists, who define themselves as an “antifascist movement”; but the so-called “Kiev junta” did allow them to compete in the rest of the country. This says something about the perverted rhetoric in use; although it does not diminish the problem of repression against Communists in Ukraine as a whole. Those areas are actually under an effective military regime, so it is more difficult for CPU members to organize and mobilize themselves.

JM: Do you think that the new “anti-totalitarian” legislation will contribute to improve the political and social situation in the country?

VI: It is first and foremost having an impact on the CPU. Anti-Communist rhetoric is becoming totally legitimized. Now, even for groups that are not “pro-Soviet”, it is more dangerous to carry on their activities. They are marginal and do not represent any challenge to the state; but they are an objective of far-right groups. Obviously, the far right is going to use these new laws to create legal problems for the left.

There is also the question of whether an objective historical research on the Soviet Union is going to be possible in the future. These laws seem to be much more extreme than the decommunization laws in other Eastern European countries: in all of them there is a clause protecting freedom of historical research. In Ukraine, even in the context of historical research, you are not allowed to reject the “criminal totalitarian nature of the Communist regime”. The meaning of this is so broad that it could include everything. It may become an opportunity for the nationalists to prosecute historians who show a principled position towards the Ukrainian nationalist movement in the Second World War. Would recognizing any achievements within the Soviet Union mean that you reject the “criminal totalitarian nature” of that system, or not?

This is an extreme position in which the state makes a decision about what should be treated as historical debates. Rather than being closer to European laws, it is more similar to the USSR, where “anti-Soviet activities” were banned and you could get into serious trouble with the state for having an independent historical perspective. In some ways, these “anti-totalitarian” laws are taking Ukraine closer to a totalitarian regime than to a democratic society.

2 Responses to “Ukraine’s European discourse does not correspond to reality”. An interview with Volodymyr Ishchenko