Ukraine’s protest movement: the far-right in focus. An interview with Tetiana Bezryk

An interview of James Robertson with Tetiana Bezryk. 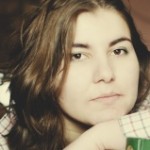 1.In the past few weeks we’ve seen the government make significant concessions to the protests – the repeal of the anti-protest laws and the resignation of Prime Minister Azarov. Why has the government decided to make these compromises? Does this have anything to do with the recent radicalization of the protests (the confrontation with the police on Hrushevky street, the occupation of the Ministry of Justice)?

First of all, it is worth mentioning that these new-old laws, which were adopted on January 16, the so-called ‘Black Thursday laws’, belong to the set of factors that led to the radicalization of the protest. These laws, which limited the field of activity of the protesters – punishing them for occupying administrative buildings, wearing helmets at demonstrations, etc – legitimized the radicalization amongst the protesters. The resignation of the government and the repealing of these laws were among the demands of Euromaidan. Protesters on Hrushevskovo street accepted this radicalism after January 19. Even after January 22, when the first victim of the regime appeared, people did not leave either Hrushevskovo street or the Maidan. I think this is one of the victories of the protesters, but the protesters understand that this is not the final victory.

2. Elsewhere you have pointed out the ideological and strategic differences of the two main right wing forces of the Euromaidan protests – the nationalist electoral party Svoboda, and the grassroots far right network Right Sector. Could you briefly describe the key differences between these groups? And what are their political relations with the United Opposition? Have there been or do you think there could be efforts by the more progressive forces of the movement to exploit these divisions in the right wing leadership?

The first, Svoboda Party (Freedom Party) is a parliamentary party, which received 10.44% at the last parliamentary elections in 2012. Praviy sektor (Right sector) is a non-parliamentary organization which includes several organizations and was formed in the first days of Maidan.

On their attitudes to European integration: Svoboda relies on its euro discourse  (excluding, of course, any reference to LGBT rights). Although three years ago Svoboda’s opinion about integration was quite different; they were against it. While many European far right groups are ‘euro-sceptic’, Svoboda is explicitly in favour of Ukraine joining the European Union and has a decidedly pro-EU electorate. However, the party invites euro-sceptic lecturers to its events.

Right sector do not support European integration and instead joined Maidan to advocate the impeachment of the president and fight for a national revolution against what they see as ‘internal occupation’. On January 16, they announced their demands, which were in line with those of the wider protest movement. In a recent interview the leader of the Right Sector, Dmitrii Yarosh, stated that after January 19, that is, after the radicalization of the protests, none of the leaders of the united opposition tried to stay in contact with the group.

3. Right Sector have recently called to be the third negotiating party between the Yanukovich government and the opposition – is this anything more than just a silly boast? How much influence does PS have amongst the wider protest movement?

At the moment it is very important to consider two things: the opinion of Right Sector about themselves, and the opinions of journalists who write about Right Sector. Right Sector’s statements are sometimes just expressions of their plans and desires. They received a great deal of legitimacy after January 19. Their leader declared that they might form a separate political party. But even if they were to form an electoral party, there is a big question mark over how much support they would receive. Their electorate is the same as Svoboda’s and according to sociological surveys, Svoboda’s vote is now falling, which suggests that there might not be a much electoral support for Right Sector either. Furthermore, in some interviews Svoboda’s party members (although not personally Tyagnybok, there are different positions inside the party) have declared the members of the Right Sector to be provocateurs.

While Right Sector are nationalists and spread a nationalist ideology, it is never clear what their joint ideology is because the organization is made up of a lot of different groups. Their main intervention in Maidan is to work more with mass opinion/reaction on specific protest issues; they are a good source of information and their publications are read by people in order to keep abreast of developments. For most protesters they are not politicians, just fighters on the streets. At the same time, the success of the Right Sector in Kyiv has led to the formation of local groups in the regions. These have operated primarily as the defensive wing of the local Maidans.

4. What can you tell us about the student participation in the protests? We know that there were calls for a strike on the campuses in Kiev. Has this strategy been successful? Is there a link between the earlier ‘Against the Degradation of Education’ campaign and student activism today?

At the beginning of Euromaidan there were several massive student actions. The two leading universities – National University of Kyiv-Mohyla Academy and the University of Taras Shevchenko – protested at full strength. And in Lviv, for instance, students were the first to organize Euromaidan-Lviv. From the beginning of the students’ protests they opposed the politicization of Maidan, but it soon became inevitable. There were attempts at separate student strikes, but it is hard to know their effectiveness. They were small and not completely understandable, there were no clear objectives and the structure of the organization of the protest was shaky.

Nowadays there is an info-center organized in one of the buildings which has been captured by student activists from Maidan. The building is Ukrainskiy Dom (Ukrainian House) and I think it is much more productive. First of all, students have a much larger audience amongst the Maidan, and secondly, they are inside the protest and feel its dynamics, which is important for coordinating their actions.

In the past two years, student activity has been centered on the bill on higher education. However, there have been other student initiatives: to repeal the toll services in the universities, to gain 24-hour access to the student hostels (it may seem strange, but in some hostels students must appear before midnight and have no chance to leave until 7am!). It is interesting to note that the student organizations that have been active on these issues are quite different in ideological terms – coming from the center-right to the left – but they find a common language in order to achieve their goals.

2 Responses to Ukraine’s protest movement: the far-right in focus. An interview with Tetiana Bezryk