Towards an “Orbanization” of Croatia?

This article was originally published in the Croatian edition of Le Monde diplomatique. LeftEast thanks the editors for allowing us to carry this translation.

The election of the new Croatian government has caused a great storm in a part of the local public, despite the fact that it seems that the political future will remain firmly closed within the framework of the long-dominant discourse of ‘transition.’ In the absence of any serious developmental alternative, the only tool for distinguishing between the main political actors remains the intensification of culture wars.

In an article published late last January, the French daily newspaper, Le Monde (unrelated to Le Monde diplomatique), posed the question: ‘After Poland and Hungary, will the European Union now also have to deal with the Croatian nationalist Right?’ Two days later, the Catholic newspaper, La Croix, answered this question in an equally concerned tone: ‘The new government could be prone to similar authoritarian tendencies as the conservative right-wing governments of Hungary and Poland.’[1]

In one of the rare occasions when the Western media concerns itself with Croatia, like the election of the new government, the majority of agencies decided to place the emphasis on the controversy connected with a pair of ministers, now former-Minister of Veterans, Mijo Crnoja, and the Minister of Culture, Zlatko Hasanbegovic.

But although the polemics, which have also been reflected in the local media, express the western media’s concern for the European soul of Croatia, this may be disputed on at least two levels. To begin with, after the Front National proved its dominance in the French political scene in several recent elections, the Croatian government, just like those of Poland and Hungary, seems significantly less ‘un-European’ than Le Monde and La Croix would like to suggest. Aside from this, nonchalantly linking the political developments in Eastern Europe completely ignores the evident differences in the political paths of the aforementioned governments and, more importantly, the conditions that led to them.

Somewhat surprisingly, the vistas are not much clearer from up close, as witnessed in the myriad of comments in the local media expressing concern over the inevitable ‘Orbanization’ of Croatia.

This year, the Hungarian Prime Minister, Viktor Orban, will celebrate his sixth anniversary of coming to power. In the meantime he became the undisputed enfant terrible among European politicians. Frequent verbal clashes with the institutions of the EU and the leading politicians of large countries, have apparently not harmed his popularity (his party currently has the support of over 50% of Hungarian voters). Quite the contrary, it would seem that this non-European posture has become one of the conditions of his survival in power.

Although it has not in any way offered a significant break with the current developmental models, Orbanism represents a nightmare to all those who still believe in the concepts of the ‘end of history’ and ‘transition,’ of the gradual but inevitable development of the whole of the post-cold-war world towards free trade and with it, ostensibly, liberal democracy. The Hungarian Prime Minister does not hesitate to directly challenge these concepts: immediately following the parliamentary elections of 2014, in a speech held in a Hungarian-majority town in Romania, Orban explicitly announced the founding of an ‘illiberal’ state in Hungary. As a long-standing prominent member of the Hungarian liberal scene, Orban did not throw this term around lightly.[2]

The key motive for the abandonment of the project of establishing a liberal democracy that Orban cited was the need for greater stability of the system,[3] especially following the bloody mass protests against the previous liberal government in 2006. Along with greater labor discipline (the introduction of the workfare system, for instance), Orban decided to break with the ‘dictates’ of the international financial institutions, while at the same time imposing greater obligations on the banks and foreign concession holders which the previous government coddled.

This was not simply a concession to voters’ aversion to the IMF and its prescriptions following the collapse of the liberal government, but also a precondition for the construction of a concrete material base of support for his model, as much in the ‘middle class’ as among domestic capitalists, thus creating a new majority consensus which has not been seriously shaken in the past six years.[4]

Before he consolidated his power by suffocating any kind of already-silent opposition, whether of the parliament, media or ‘civil society,’ Orban, in contrast to the evidently bankrupt politics of ‘post-socialist’ transition, at least offered an apparent alternative. If we compare this Orbanism with the new Croatian government, the results are almost caricatures: even before his formal election, the Croatian Prime Minister, Tihomir Oreskovic, presented his government program (still largely unknown to the public) to international creditors.

The example of Hungary, just as that of Poland,[5] with all their specificities, offer corrections in certain segments of the transition model as it was imposed in the beginning of the 1990s in order to save the model as a whole, through a combination of greater social control and targeted economic concessions.

The new Croatian government, by all accounts, has moved in the opposite direction entirely: what is being proposed is actually the ‘the last hurrah’ of the so-called Washington Consensus – urgent privatization accompanied by sharp cuts to public spending in order to try to carve out a more favorable credit rating and cheaper borrowing. The illusoriness of these ambitions are unlikely to be proven in practice, due to the chronic instability of the ruling majority and their completely contradictory positions on a majority of questions (at least non-economic ones). But where, then, does the idea of the ‘Orbanization’ of Croatia come from?

In contrast to the ambitious attempts to change the ideological self-understanding of the state in Hungary, the evidence of authoritarian tendencies in Croatia have been found in the struggle of the Minister of Culture, Hasanbegovic, against a section of the non-profit media community (quite a marginal part of an already quite marginalized political sector). Hasanbegovic, a revisionist historian with clear fascist sympathies, announced as one of his first steps ‘changes’ in the financing of the media sector and NGOs. However, instead of building the proclaimed ‘new national model’, his actions seem more oriented towards providing services to his own NGO, the ultraconservative ‘In the Name of the Family’. This, however, has not stopped liberal critics from prophesying the ‘creeping fascisization of society.’

The alleged ‘creeping’ character of the fascisization is quite appropriate, because its cunningness seemingly relieves us of the obligation to theoretically explain it. Besides this theoretical inadequacy, critics of the minister have another problem: namely, their political impotence.

The sharp rhetoric which has followed the ‘cultural war’ around Hasanbegovic and his association with far right, historical revisionist groups,[6] has a very limited scope: in a situation when the government has still not begun to run afoul of a significant part of the population (as it has not even begun to operate), quarrelling with the minister over his imaginative interpretation of WWII has been met with a lukewarm reception. Faced with criticism over his historical revisionism and sympathies for the wartime ustasa government, Hasabegovic is always able to rely on one thing: the anti-communist consensus.

The discussions in this local culture war frequently appear as though the trenches of the opposing sides are not even on the same battlefield. In response to allegations that the minister legitimized members of the Nazi Schutzstaffel, his supporters explain that he only believes that the ‘Homeland War’ (as the conflict in the 1990s is called) is the cornerstone of the contemporary Croatian state; that is, he considers the struggle for the independence of Croatia in the 1990s as of greater importance than the antifascist resistance that created socialist Yugoslavia.

It would be naive to dismiss these differences in understanding the points of contention as irrelevant. The popularity of the minister’s positions, including those about WWII, have material causes, although they are to be found more in the 1980s than in the 1940s.

These were the years when the former Yugoslav regime definitely gave up the ambition to target the majority of the population through modernization and development. Successive waves of economic liberalization in the 1980s in cooperation with the IMF seriously undermined the social peace and set in motion a wave of strikes without precedent in former Yugoslavia (despite the fact that strikes were formally banned).[7] The implementation of these politics, accompanied by attempts to preserve stability through the insistence of the folkloric elements of the system (such as the veneration of the Partisan struggle and the preservation of ‘Brotherhood and Unity’) not only helped the foundation of a new, anti-communist majority consensus based on ethnic nationalism; it also facilitated the persistent reproduction of this consensus right up to today, through the regular rhetorical equation of liberalism and communism. And not only on the political right.

This short historical reminder has a concrete value for making sense of the current polemic: namely, it shows us how antagonism towards Yugoslavia and the partisan struggle (and the parallel sympathies towards all anti-communists) did not fall from the sky, and that they will similarly not simply disappear. Insisting on ‘anti-anti-fascism’ as the weakest point of the new government further strengthens the position and hegemony of the two complementary ideologies of transition: nationalism and liberalism.

It is noteworthy that, following the announcement of the new government, the leading liberal party (formally known as the Social Democratic Party) chose as its main strategy to avoid criticism of the proposed economic ‘reforms,’ and therefore was forced to organize its own parliamentary choreography around ‘value’ issues (the SDP being historically more sympathetic to the legacy of the Partisans). But the ‘culture wars’ that ensued and concentrated around the antifascist legacy create new dangers.

Boasting with imprecise terms and a readiness for extra-parliamentary critics of the new minister to classify themselves within the framework of an oxymoronic ‘left liberalism,’ (thus equating all of the ‘left’ with liberalism) could have long term consequences. And in understanding what these consequences might be, the Hungarian example can really be helpful. Orban’s model of government did not crawl through the barely-visible battles of culture wars; it marched in thunderously, with the noise of Jericho’s trumpets heralding the catastrophe of transition; a catastrophe that had been prepared by decades of liberal politics.

If an escape from the post-transition authoritarianism of the Hungarian type (liberal non-democracy rather than illiberal democracy) is to be possible, it will be necessary to build a new political majority-consensus around the common good, i.e. a developmental model which can offer material progress to the majority of the population, quite contrary to what is currently on offer from both sides of this ostensibly sharp conflict. If such a project seems overly ambitious, it must be contrasted with the head-in-the-sand evasions of the two unsuccessful projects (liberalism and nationalism) and with the results to which their ‘culture wars’ have led.

Translated from the Croatian by James Robertson 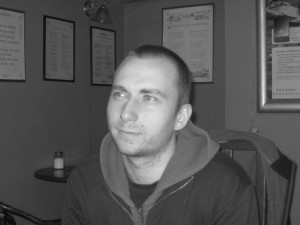 Nikola Vukobratovic is a journalist and editor based in Zagreb, Croatia.

[2] Among other things, Orban received a stipend from the Open Society foundation of George Soros and in 1992 was briefly the president of the Liberal International.