“To EU or not to EU?” This is just the wrong question 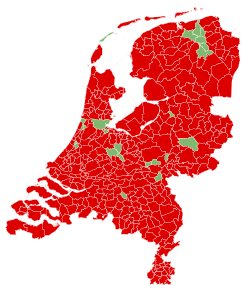 On the 6th of April in the Netherlands just over 30% of potential voters took part in a referendum on the Ukraine–European Union Association Agreement. This Agreement is one of the numerous Free Trade Area Agreements established between the EU and countries all around the world, from Mexico to Mozambique. The Agreement with Ukraine was signed by president Poroshenko less than two years ago and since that time has been partially implemented. It was ratified by all the EU-member states and, for the most part, garnered no political response from the public, with the exception of the Netherlands. Here, a liberal-right political initiative, GeenPeil, launched a collection of signatures calling for a referendum on ratification of the Agreement. The following question, which more than two years ago brought thousands of Ukrainians out into the streets and started the EuroMaidan protests against the previous Ukrainian government, which was not ready to turn its face from Russia to the European Union, was posed to the Dutch public: “Are you in favor or against the Approval Act of the Association Agreement between the European Union and Ukraine?” The outcomes of the referendum were stressful for supporters of the “eurodream” for Ukraine on both sides of the Schengen border: almost 62% of the voters were against the Agreement.

The debates on the Agreement both among the Dutch and Ukrainian publics reveal a number of contradictions that are papered-over by the notion of “europeanness”. To shed some light on these contradictions and place the discussion of a YES or NO in a broader context of the discussion of what Europe is, we offer a critical overview of opinions on the Referendum. So let’s start with the “YES” position, which lost.

The first contradiction of “europeanness” revealed by the debates around the referendum is that of the center-periphery. It could be read between the lines of the YES arguments from both the Dutch and Ukrainian sides. The motivation of those Dutch who decided to vote in favor of the Agreement, while framed in similar language, does radically differ from that of the Ukrainians who supported it in the EuroMaidan protests. Here is why: Ukrainians willing to become more “european” were assigned a lower position in this dialog. Similar to Moldova, Albania, Algeria or Georgia in the same type of Agreements, Ukraine was an object in a broader EU economic and political strategy.

One of the main arguments for YES underpins this point. The argument was formulated in various ways, but one of the most striking formulations was the command: “Do not let Putin redraw the map of Europe”. The reasoning in this slogan shows a neo-imperialist attitude towards Ukraine, which negates any possibility for Ukraine to be an independent actor in  international relations. In fact, the perception of one of the biggest countries on the European map as a puppet in the EU’s international policies does not differ from the position of Russian elites on Ukraine.

But apart from the geopolitical debates regarding “whose Ukraine is it?” some arguments tried to bring Ukrainian interests into the game by focusing on the fact that Ukrainians are aiming to be closer to the EU. Yes, a lot of Ukrainians were and still are seeing this Agreement as a step towards joining the EU or at least toward the visa-free regime promised by the Ukrainian government; and they are not analysing what the Agreement is actually about or are uncritically assuming that the open borders for trade is going to benefit the Ukrainian economy. But instead of fulfilling these hopes for the protection of human rights, European regulations on gender and LGBT rights, fighting corruption and reaching higher living standards, the Agreement only offers the Free Trade Area. Even the text of the Agreement shouts out loud about it. The sections discussing human rights, fighting corruption and a visa free regime make up less than 5% of the text and are formulated in a very vague way as recommendations, not rules. In contrast, the bulk of the Agreement is made up of sections introducing new trade regulations, which are not in favor of the Ukrainian working class. Instead of development in economic and cultural spheres we are getting a fall of GDP, cuts in the already weak social welfare and EU support for a corrupt, human rights-violating, pro-war government. That’s what a periphery deserves.

However, in spite of the threats the Agreement poses for the majority of Ukrainians, we are still ready to hope that selling our raw materials and agricultural products to the EU countries will in the end bring some benefits. The main reasons for the blind euro-optimism of Ukrainians is absence of any kind of alternative, apart from Russia which is trying to compete with the EU for its influence on Ukraine, but by using a far more aggressive strategy.

So supporters of the Agreement are playing the game established by the global elites, a game in which only the elites are going to win, taking control over one or another territory. The only thing left for Ukraine in this story is to jump out of the Russian frying pan into the European fire.

But there were the forces which said NO to this Agreement. What was their argument?

The second contradiction of “europeanness” was raised by the referendum itself. This contradiction could be framed as the impotence of the EU’s democratic institutions to exhibit  even a trace of diversity of attitudes from different political camps.

The NO vote came from two different camps. It is not difficult to guess that they were the radical right and the radical left. A facile conclusion could be made from the fact that the right and the left “agree” on this question: namely, that there is no significant difference between the right and left.  Not the most clever conclusion to draw. The overlapping of the right and left responses to some questions (do not forget that the right in Greece  also supported OXI) instead highlights the weakness of YES/NO referendums as tools for democracy. The two-options model hides the reasoning behind YES or NO vote. Although referendums are often perceived as the triumph of democracy, this form of the expression of public opinion is an extreme generalisation of social processes and are often used as a tool of manipulation by this or that political group. In the case of the EU-Ukraine Agreement Referendum, it was used by the right.

Typically for much right-wing argumentation, that against the Agreement was built on the idea of protecting the Netherlands from threats Ukraine could bring. In short – corruption, war, migrants. These arguments are built on fear, neocolonial attitudes and migrant-phobia, if not outright racism. There is no need to explain why they have nothing to do with so called “european” values. So we come to the third contradiction: democracy vs. the rise of right-wing movements in Europe.

Along with the right-wing NO there was an attempt to establish an alternative critique of the Agreement. The left argument for NO was based on internationalism – perception of Ukraine as a subject, not an object in this Agreement, opposition to the Free Trade Areas and the consequences for the peripheral countries being involved in them, criticism of the corruption of Ukrainian elites hiding their capital in letter-box companies, significant part of which are located in the Netherlands. In general this position was the most progressive in the debate (and obviously supported by the author). But the attempt to be critical and bring arguments based on the interests of Ukrainian and Dutch workers failed for a part of the Dutch left. They made the same mistake as some of the German and other European “anti-imperialist” lefts, namely they took a pro-Russian position on the Ukrainian question.

Which questions are to be asked if not this one?

Often the questions concerning geographical divisions (eg. the British, Catalan, Kosovan or Ukrainian questions) lead to a meaningless choice of which elite is to rule in one or the other geographical unit. Though a lot of progressive forces tend to oppose the transnational corporations opening up new markets and imperialist powers spreading political ambitions, at the end of the day even an attempt to protect a country from the global elites is a position that does not offer an alternative, but rather preserves the social problems under the rule of the local elites, which can be even more repressive than the global ones.

The real solutions of issues of geographical division can come only by turning the question “EU or Russia?” upside down and instead asking: “The EU, Ukrainian and Russian elites or the people of Europe, Ukraine and Russia?” This can be done only by creating networks of solidarity between the oppressed residing around all of the those territories. Yes, this might sound utopian, but ask yourself: is it more utopian than hopes of Ukrainians becoming members of the EU or the people of Donbass benefitting from an alliance with Russia? I think – no.

2 Responses to “To EU or not to EU?” This is just the wrong question