The Western Hypocrite at a Crossroads 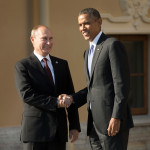 The Western Hypocrite at a CrossroAnd also a bit about principles, the facts of life, and strength of character

“I’m obliged, unfortunately, to note that the word ‘hypocrite’ has been and will continue to be a fixture within the diplomatic lexicon,” Maria Zakharova, the spokeswoman for the Russian Ministry of Foreign Affairs, announced recently, while talking about Russia’s divergence from the West on the situation in Syria. It is hard to argue with the point. If the American and European rhetorical attacks on Russian internal politics have focused on Russia’s imperial ambitions and its aggressive “revisionism” within Post-Soviet space, then Russia has answered those accusations with reference to “double standards” and hypocrisy.

Hypocrisy has not only become a popular political term. It has also become one of the principle grievances Russia has with the West, which does not want to admit to the reality of the “multi-polar world.” It is implied that the West, while declaring fealty to humanitarian ideals and respect for international rights, continually undermines them. It is two-faced, saying one thing, but doing the opposite. The accusation of hypocrisy, therefore, gives the accuser an ethical superiority: they themselves are honest, and in service to this honesty they are obliged to tear off any mask the deceiver dons.

This position perfectly illustrates the well-known maxim of La Rochefoucauld: “Hypocrisy is the homage vice pays to virtue.” What the hypocrite tries to hide behind virtuous announcements is depravity (egoism, cruelty, profit, etc.). Their virtuous demagogy looks artificial, rings false, and only underlines their fundamental depravity. Moreover, since hypocrisy is in and of itself a vice, its continual use makes truly depraved natures worse.

But is there really a distinction between the true guise and the pretended one? Between that which the hypocrite actually is and that which they resort to hypocritical methods in order to seem to be?

In her book The Life of the Mind, Hannah Arendt describes how people reveal themselves on two levels when they show themselves to the world and interact with others: on the level of self-display and on the level of self-presentation. Self-display, which is situational, and can relate a person to any other individual being, simply indicates affinities and emotions. Self-presentation, in contrast, requires reflexive intellectual activity and relies on an “active and conscious choice of the image shown.” In other words, each person consciously creates the image in which others are obliged to see them.

Built with the help of the mind, this project, this “surface” of the person is their sole consistent resource for establishing a relationship with others. There is no other core “nature” that has social or political meaning. It simply does not exist.

Therefore, it is possible to distinguish pretense from truth only after one has located the “instability of the former and its inability to last long enough.” It follows that the hypocrite who is hypocritical all their life and doesn’t display themselves any other way is not a hypocrite at all, but, to the contrary, an honest and consistent person. Their honesty is nothing other than a stable and proper representation, a striving “to be as you wish to seem.”

The denunciation of the hypocrite is not the denunciation of a vice, but the denunciation of inconsistency in the choice between different potential behavioral possibilities. The hypocrite displays weakness of character. They lack the strength to decide how they want to show themselves to the world. The accusation of hypocrisy has nothing to do with ethics, for it does not, in and of itself, suggest an alternative image along which to orient oneself.

The critique of hypocrisy, as regularly practiced by Russia’s Ministry of Foreign Affairs, presumes that the true self-presentation of the West, its fundamental character, is a depraved Realpolitik which uses any means necessary when it comes to the realization of its lasting interests. According to this view, the West’s avowed principles of humanism, which it uses to distinguish what means are “necessary” for others, only attest to the West’s indecision and spinelessness. Russia asks the West to make the bold choice and choose the more depraved over the less when deciding between two types of behavior. The Kremlin resists the Western hypocrite in Ukraine or Syria not with faith in ideals, but with “strength of character,” taking its own course in defiance of abstract principles.

Does this mean that the critique of hypocrisy is in and of itself meaningless? Of course not. But it all depends on the type of consistency that the critic sets against hypocrisy.

If Russia points out a discrepancy between words and deeds, trying to settle all doubts about how the hypocritical West is in service to its depraved practice, then liberals peremptorily proclaim their faith in Western declarations, incessantly concocting different justifications for why they do not correspond with concrete decisions.

The position of the civilian anti-war movements that have attacked the hypocrisy of their own countries’ governments at various times provides a completely different example. So, for example, hundreds of thousands of people protesting against the war in Iraq on the streets of cities in America and Britain demanded that it be prohibited to use their armies abroad in the absence of a real threat of war. They demanded, that is, that the government follow the principles in accordance with which it was endowed with power. The Soviet dissidents who told Brezhnev to “follow your constitution” exposed the same kind of official hypocrisy.

Regardless of the seeming modesty of such challenges to power, it is exactly these challenges that seem the most radical and intolerable to those wielding it. The same contradiction that is contained within every modern government’s constitution undergirds the international principles that are getting more eroded every day. This is an inherent conflict that cannot be resolved in the framework of the current system: a conflict between theoretical equality and actual exploitation, between the declared right of each person and the unwritten rule guaranteeing the powerful a claim to tyranny. One could say that under what is known as the “market democracy” hypocrisy acquired the character of a stable institution. This hypocrisy, which has already been stuck for nearly two centuries in irresolution, continually opens up space for two, radically opposed types of critiques: one from the right and one from the left. While the critique from the right decries hypocrisy on account of inequality and the naked power erected on its main and sole principle (Russian diplomacy is currently taking this approach), the left insists on real equality, on political and economic democracy, on the actual realization of the “right to happiness.” The right to which the western hypocrites are always swearing allegiance, and of which everybody, without exception, is today deprived.

(translated by Katharine Holt from the Russian original on OpenLeft: http://openleft.ru/?p=6894) 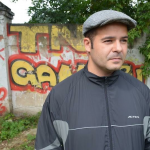 Ilya Budraitskis (1981) is a historian, cultural and political activist. Since 2009 he is Ph.D. student at the Institute for World History, Russian Academy of Science, Moscow. In 2001-2004 he organized Russian activists in mobilizations against the G8, in European and World Social Forums. Since 2011 he has been an activist and spokesperson for Russian Socialist Movement. Member of Editorial board of “Moscow Art Magazine”. Regular contributor to the number of political and cultural websites.

5 Responses to The Western Hypocrite at a Crossroads