Note of the LeftEast editors: the articles is published in co-operation with the Serbo-Croatian web portal Bilten.Org.

Bulgaria’s political scene is notorious for its volatility: parties come and go, sometimes sweeping to power months after being formed; cabinets seldom last a full term in office. Amid this flux, the liberal Movement for Rights and Freedoms (DPS) has remained one of the few stable actors. Yet, the party was violently rocked on Christmas Eve 2015, when its leader Lyutvi Mestan was abruptly overthrown by an internal coup, just as he seemed to be at the pinnacle of his power and the party, officially in opposition, had just won important ground in political influence.

December 17, at the annual DPS New Year’s gathering, Ahmed Dogan – the Movement’s erstwhile longtime leader and now honorary chairman – delivered a speech sharply critical of Mestan, in particular his declaration in Parliament supporting Turkey’s downing of a Russian fighter jet in late November. As the press and rival politicians were speculating just how deep the rift between the two was, a sitting of the DPS bureau called at Dogan’s residence just a week later unanimously deposed Mestan, ejecting him from the party, and electing a temporary trio of co-leaders to chair the party until its regular congress this spring.

DPS’s stance vis-à-vis Turkey quickly became the fulcrum for interpretations of the coup’s significance. Ahead of the DPS bureau meeting, Mestan paid an unexpected visit to the Turkish ambassador to Sofia, a move he later justified as an attempt “to secure his personal safety,” defending his parliamentary statement as voicing Bulgaria’s support for Turkey as a fellow NATO member. The official ground given by DPS for his dismissal was that he “betrayed Bulgaria’s national interests.” Reports from Bulgarian PM Boyko Borissov’s cabinet of phone calls from Turkish counterpart Ahmet Davutoğlu asking Borisov to intervene for Mestan, as well of a visit by Foreign Affairs Minister Mevlüt Çavuşoğlu declined in the last minute, further thickened the plot.

DPS is often cast as the ‘fifth column’ in Bulgarian politics. For the far-right imagination, the Movement is conducive to Turkish interests in Bulgaria due to its being supported by many Bulgarian Turks (living in Bulgaria and in Turkey). For many liberals, the party functions as a ‘Trojan horse’ to pro-Russian oligarchic interests. A host of analysts thus quickly shaped a geopolitical scenario explaining the coup as the triumph of the Russian over the Turkish lobby within DPS.

The Movement has long been a sore for the liberal right. The party sprang from the resistance against the forceful assimilation of Bulgarian Turks during socialism, but allegations that some of its leaders worked for the regime’s secret services have compromised its credentials. Break-downs of voting patterns have seen DPS become (2014) the most supported party in Bulgarian villages and small towns, i.e. among many of Bulgaria’s poorest voters – something detractors have attributed to alleged ‘vote-buying’. The party has claimed for itself the role of a necessary safeguard for “ethnic peace” in the country – reiterated in a fresh statement in which DPS celebrates its contribution to preventing Bulgaria from partaking in “the fate of our neighbors in the West Balkans, who passed through the hell of ethnic and religious conflicts.” Of late, DPS has been the only Bulgarian party to consistently oppose the racism blatant in local politics, often coming from nominally non-racist politicians.

Despite (or maybe because of) this, the Movement has been chronically seen as a vehicle of oligarchic interests. This impression has been aided by Dogan’s notorious pronouncement that all political parties, including his own, get financial support from “rings of companies”. DPS’s oligarchic ties have received a personification in MP Delyan Peevski, the media mogul whose appointment as national security head sparked massive anti-government protests in 2013. The anti-DPS paranoia reached a crescendo in early 2013 when Dogan, in the middle of his resignation speech, became the target of a failed assassination attempt by a party activist. 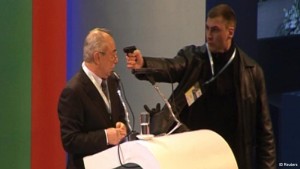 The attempt on his life hardly sparked any compassion, and even got interpreted as a “scenario” set up by Dogan himself. The history of deep mistrust towards DPS goes at least as far back as 1991, when Bulgaria’s first anti-communist government collapsed after DPS withdrew its support, setting the stage for an expert cabinet backed by DPS and the Bulgarian Socialist Party (BSP). Liberals saw this as the ultimate betrayal which retarded pro-market reforms, wasting precious time for the country. Yet, DPS was not to be marginalized and gradually came to be known as the ‘unavoidable factor’ in Bulgarian politics. After 2005, the Movement served as a junior coalition partner to BSP in two cabinets, including the 2013-14 Plamen Oresharski cabinet.

After the Peevski affair, both protesters and mainstream right-wing parties took it as their calling to keep the Movement at bay from government. Yet, who still remembers that it was far-rightists Ataka who were the first to explicitly formulate as part of their program the goal to remove DPS from Bulgarian politics? Since 2005, when they first entered Parliament, Ataka have been pressing on DPS’s alleged ‘anti-constitutional’ nature, as the Bulgarian Constitution forbids the formation of political parties on an ‘ethnic’ basis. (DPS has never explicitly claimed it exists for the representation of Turks and many of its rank-and-file are ethnic Bulgarians.) While the 2013 protests and the political agents representing them – the rightist Reform Bloc and major EPP party GERB – do not oppose DPS for the same reasons as Ataka, there still exists an elective affinity between the two modalities of opposing it: members of Turkish and Roma minorities are ’dear compatriots’ so long as they ‘know their place’ and stay away from organized political representation.

Sadly, Ataka’s particular view of DPS as the utmost evil in Bulgarian politics has now been universalised for almost all Bulgarian pro-European parties. This is an effect of the far-right familiar to us from elsewhere: other actors have seen themselves pushed towards the right extreme of the spectrum in their attempt to neutralize the far-right, right up to the blurring of clear distinctions between liberals and fascists.

The efforts to isolate DPS from power came at the cost of an unwieldy liberal ruling coalition also featuring the minor BSP spin-off ABV, backed by some of the far-right and rooted in a pro-EU, anti-Russian, anti-DPS platform. In the October 2014 snap general elections, DPS came the closest ever to becoming Bulgaria’s second strongest party, with 14.8% of the vote, a mere half percentage point behind BSP, after the Movement played a pivotal role in overthrowing the BSP-DPS Oresharski cabinet. This gave DPS good standing to continue an ongoing rapprochement with senior coalition partner GERB, with DPS MPs taking up the tactic of voting in Parliament along with GERB on some issues divisive for the ruling coalition, thus rendering the support of junior partner MPs superfluous.

DPS came out strong again following municipal elections in late October 2015. Right after the vote, Mestan intensified an onslaught against junior ruling coalition partner the Reform Bloc (a nemesis of DPS’s supposed oligarchic ties) arguing that election results mandated a re-configuration of power to correct what he saw as a disproportionately large RB leverage in cabinet policies. Those efforts culminated in early December, when GERB and DPS MPs reached an agreement on an ongoing reform of the Bulgarian judicial system deemed unpalatable for Minister of Justice HristoIvanov and many RB MPs, who had all placed a major stake on a different and more radical vision of the reform. Ivanov, a young expert figure popular among RB supporters, resigned, while MPs such as RB co-leader RadanKanev took up the awkward stance of “going opposition” without withdrawing their ministers or support for their policies. In the end, it transpired that efforts to isolate the Movement backfired – without being part of the ruling coalition, DPS was exerting a palpable influence in all branches of power. It was in this seemingly triumphant situation that Mestan – perceived as a cunning politician and eloquent speaker – was toppled.

The judicial reform debacle prompted another group of commentators to form a liberal version of the fifth column conspiracy to explain the coup. It argued that what played out was not so much the Russia vs. Turkey standoff, but rather one between domestic oligarchic interests: the ubiquitous Peevski had now sided with Dogan to slay Mestan. This version was later espoused by Mestan himself. On January 7, at his first press conference after the deposition, he claimed he had stepped onto a “Russian landmine”, but also insinuated Peevski’s alleged noxious domination over the party, saying he was deposed and is now battered by Peevski’s “media bludgeons” for “wanting to rescue DPS from the image of a pro-Russian oligarchic party”. As further reasons for the coup, Mestan singled out his role in toppling the Oresharski cabinet and taking up a rightist course of warming up relations with GERB. He thus made an ironic full swing from a staunch opposer of the 2013 protests to someone who has internalized their language and understanding as to ‘who really pulls the strings’ in Bulgarian politics.

DPS has seen oustings of senior functionaries after fall-outs with Dogan, but nothing so drastic as the recent coup. (That is, if we don’t count the mysterious 2008 death of Dogan’s secretary Ahmed Emin, whose body was found in premises near Dogan’s residence.) Several MPs and an important regional leader have made clear their allegiance to Mestan; the vast majority have shown loyalty to the new course. The abrupt turn of events has made it clear that after withdrawing to the position of honorary chairman, Dogan had apparently retained significant influence and effective control over the party.

It remains to be seen whether things will lead to Mestan’s forming his own political party, as some speculate, with a potential split among DPS voters, and a possible rapprochement with (parts of) the Reform Bloc, again along anti-DPS lines. The future behaviour of the Movement itself vis-à-vis other political actors is another thing to watch out for. 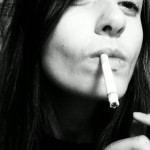 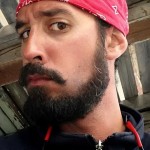 Ognian Kassabov is teaching philosophy at Sofia University. He has been a member of the New Left Perspectives collective since 2015. On and off, he has ventured into political analysis.