The Murder of Boris Nemtsov

Note from editors: The following editorial was published on the Russian leftist website Open Left in response to the murder of opposition leader Boris Nemtsov on Friday 27 February 2015. 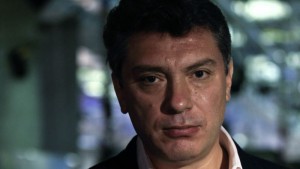 We demand a transparent investigation and an immediate end to propaganda that incites hatred.

It’s difficult to say just yet how the Friday-night murder of Boris Nemtsov will change the situation in this country – but something will happen, without any doubt. Regardless of who pulled the trigger, this act of terror is inextricably tied to the unbridled and chauvinistic Kremlin propaganda that, for years now, has accompanied a foreign policy of aggression. One of the main facets of this propaganda since President Vladimir Putin’s speech on the accession of Crimea has been hatred of the “fifth column,” a group of “national traitors.” And it is around this hatred, the current rhetoric goes, that the nation must unify in the face of hardship. The “internal enemy” has never been left anonymous: he has several faces, constantly visible on billboards, and a few names, endlessly repeated on television. One of these “enemies” was Boris Nemtsov. And even on the eve of his death, NTV was preparing the next of its foul “investigations,” this time on the “Russian Maidan.” In this one, Nemtsov was once again in line to play a front-and-center role.

It is true that Nemtsov was one of the main operators among the Yeltsin elite in the late 1990s, and that he is largely responsible (along with, for example, Putin) for many of the social catastrophes and political crimes of that period. His views could be characterized as right-wing liberal, and his foreign policy orientation, pro-U.S. It is also no secret, though, that even today, such views do not preclude one from elite positions in the Russian leadership or at the tops of corporations. However, the most important unwritten rule is the total ban on public criticism of the Kremlin’s actions in Ukraine – an open protest against Russian troops on another country’s territory. It was precisely this rule that Nemtsov so consistently violated, a violation that put him high on the list of “internal enemies,” and his place on that list that was the proximate cause of his murder.

Of course, Nemtsov’s killing came as an unpleasant surprise for the federal government, which is already occupied with a last-ditch effort to maintain the illusion of stability and control of the country. There are a few possibilities in terms of who may have ordered the execution. Among them are certain circles of Russia’s extensive security class who have an interest in ramping up tensions here. Others include the members of amateur groups broadly falling under the “anti-Maidan,” as well as veterans of the military operation in the so-called Novorossiya, or even militants on the payroll of Ramzan Kadyrov. In any case, what happens next depends on how society reacts to this killing. Liberal leaders’ decision to move their march from Maryno to central Moscow, at the location of Nemtsov’s death, is absolutely proper. After what happened last night, the agenda in this country has changed. What started as a murder is now the most important political question of the moment.

As we take to the streets tomorrow, we demand:
– An independent and transparent investigation into the murder of Boris Nemtsov
– An immediate end to the incitement to hatred by way of aggressive propaganda on state television
– Real and unconditional freedom of speech and assembly
– Termination of the Russian military operation in Ukraine
– The development of a crisis relief program aimed at helping the Russian people, not financial and energy corporations.

Translated from the original Russian by Thomas Callahan.

4 Responses to The Murder of Boris Nemtsov