The crisis of capital, money and state in Turkey: An attempt at demystification

‘If they have their dollars, we have our Allah’ – This is how the President of Turkey responded to the historic drop in the value of the lira in August this year before calling for boycotts of US products and discouraging the citizens from exchanging their liras into foreign currency in the name of defending the national economy against the so-called interest rate lobby and foreign powers. Only a few days later a swap agreement between the central banks of Qatar and Turkey was announced amidst an extreme hike in inflation and continual fall in the value of the domestic currency. There was a pronounced pressure from the financial markets and international media on the Central Bank to raise the interest rates despite the President’s declarations. However the Bank chose not to act on it until recently. In a matter of days the Turkish Lira lost over 35% of its value against the dollar with food, subsistence and energy prices skyrocketing. Only a few weeks later, the workers at the third international airport construction site in Istanbul set off their protest against the inhumane work and pay conditions which met with severe police violence and detentions. 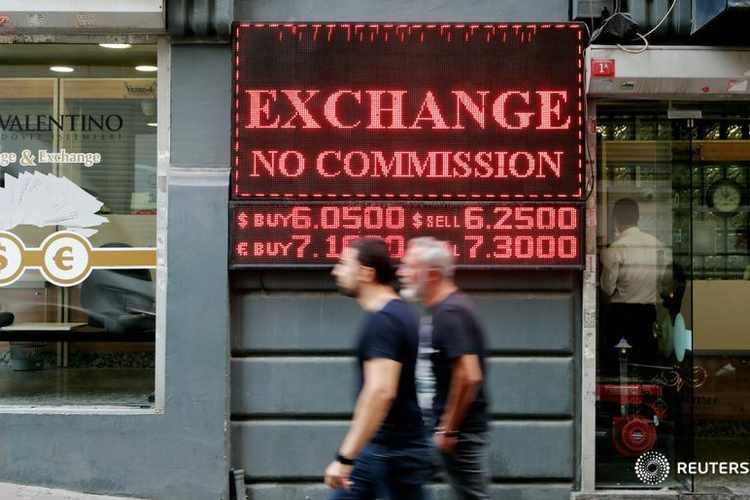 How can we make sense of these developments? This latest episode, which emerged in the form of a currency crisis, exposed the conflictual interconnection between state, management of money and labour power and capital accummulation in Turkey abruptly and visibly. However critical scholars and commentators have long commented on the crisis-ridden characteristics of the mode of governance in Turkey during as well as prior to the AKP years. Yet it is true that the management of this concrete relationship of domination between capital and labour through the management of money has made the former invisible for most of the period of the AKP rule.

The recent developments in Turkey help us open up more fundamental questions, beyond this specific context. Why does the management of money make a difference in how contemporary societies are governed? We often do not think it does or feel lacking in the  kind of knowledge we assume is needed to fully understand its mechanisms. The management of money is too technical, a matter too removed from everyday social relations and interactions – a domain exclusively reserved for financial analysts, economists and technocrats.

One way of responding to this question is to look more carefully into these dominant understandings of money and economic management. The commodity-form money-form of social relations masks the unequal power relations and the exploitative character of the process of producing values in contemporary capitalist societies. It disguises the concrete acts and the products of labouring and presents them as things. Thus, money-form mystifies the presence of social, collective labour as the underlying source and content of value and instead presents itself as the content and the form –as the self-generated, almost divine, source of value. This is, nevertheless, a very uneasy coupling, and as a result, often short-lived.

While the monetary form of value attempts to give a material and ideological fix to the dynamic agency of the labourer and her labour, the latter cannot be contained indefinitely. As soon as this delicate pretense is endangered and the absence of self-generated value is exposed, social relations become rapidly subject to politicisation. This can happen, for example, when a sudden fall in the purchasing power of a domestic currency leads to a drastic rise in the cost of means of subsistence and survival for the bearers of labour power, the workers.  The state, as yet another form of social relations under capitalism, remains at the center of the management of this contradiction. In this respect, what we have been witnessing in Turkey is not unique.

What, then, is specific about the developments in the context of Turkey and at this particular time? As emphasised briefly above, the underlying causes of this latest manifestation of crisis can be found in the attempts to provide a governing fix for the previous cycle of accumulation following the double crises of 2000-2001. A firmer institutional separation of the management of money via central bank independence was part of a comprehensive reconfiguration of the state in Turkey after the crisis and had drastic consequences beyond being merely an institutional rearrangement. In keeping with the hegemonic economic ‘wisdom’ of the time, the AKP government has fully endorsed the doctrine of central bank independence from the early to late 2000s and ensured that the aforementioned separation is upheld in order to achieve the double objectives of 1) disciplining both the domestic labour and capital on the basis of a strict disinflation policy (keeping labour costs and potential wage- and production-based struggles of the working classes down as well as increasing the internal cost of borrowing for capital through interest rate policy) and 2) displacing the responsibility and accountability for the unpleasant societal impacts of this policy towards a technocratic appointed ‘independent’ central bank.

This governing strategy led to a number of (un)intended consequences[1] over the course of the decade and encountered a legitimacy crisis with the onset of the global crisis from 2008 onwards. One such consequence was the lowered real wages, worsening work conditions marked by increased informalisation and precarisation of the labour force as the policy favoured a productivity-based competitiveness which intensified labour exploitation in a variety of forms. The other, related, consequence affected by the capital groups which reacted and adapted to the new monetary policy and the accumulation regime has been, on the one hand, the expansion of consumer credits and external borrowing. The non-financial private sector indebtedness and dependence on external borrowing have increased in this period widening the current account deficit and debt burden simultaneously. This process also deepened the frustration of domestic capital groups which relied on lira-based financing and subsidies to boost investments for export-driven production. This apparent tension between different branches of capital has translated into more direct and vocal criticisms against the dominant central bank policy line among various capital groups towards more ‘real economy’ focused policies in the aftermath of the 2008 global crisis. In the immediate aftermath of the crisis the protests over the working conditions and increasing precarisation of labouring classes broke out with the TEKEL tobacco workers’ occupation in Ankara in late 2009 to early 2010 and textile workers’ factory occupations in Kazova in early 2013 among others. 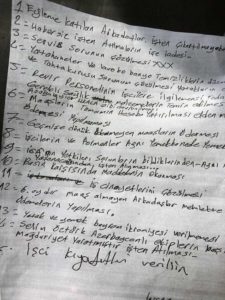 In such a context the state managers attempted to re-insert the discipline of the market over social relations in the years following the 2008 crisis by keeping the independence of monetary policymaking intact while simultaneously providing support to select industries and sectors to prevent recessionary dynamics. The goal was again two-fold: to ensure continuous inflow of capital with the attraction of high returns on lira-based borrowing thanks to favourable interest rates and to remove the barriers to accumulation at the national scale via other means. This process, as yet another key consequence, significantly favoured specific sectors such as construction. Increased government subsidies and incentive schemes encouraged large scale construction projects in this period. Therefore it is not surprising that the Gezi protests in the summer of 2013 centred around the controversy of a large-scale construction endeavour in the heart of Istanbul while exponentially transforming into a counter-hegemonic form beyond the urban scale. The visible transformations of the city and everyday life through this construction project, which intertwined state, finance, debt and capital groups, have exposed the abstract form of the contradictions of social relations in concrete, embodied form.

In this respect, the latest currency crisis in Turkey, a crisis-in-particular, is the most recent concrete manifestation of these conflict-ridden dynamics which have remained rather invisible to the public eye thanks to the ‘mystical’ qualities of the money-form, and its even more mystical forms of appearance in public and private sector debt, state subsidies, fiscal and monetary policies. With the lira crisis, it became clear very quickly how this seemingly abstract signifier of value is in fact very intimately connected to everyday life– from what goes into weekly shopping baskets to whether or not one could get by with her current wages a few months down the line. In such a context it is not surprising that there were governing attempts, despite incorporating an apparent ‘anti-capitalist’ and ‘anti-imperialist’ rhetoric, to recover these mystical aspects of money (for its lira-form on this occasion instead of the dollar) by evoking a sense of collective ‘faith’.

In the period ahead the dire repurcussions of the lira crisis will be felt even more significantly by the large segments of the population in Turkey, especially the working classes and the poor with the further increase in prices, and the resulting downward effect on wages due to high inflation and potential large-scale layoffs and dismissals. Given the consolidation of the repressive form of governing in the country, the state is likely to respond with active coercion to the reactions and protests against the deteriorating living standards and working conditions as we have already witnessed in the case of the protesting airport construction workers. It is crucial to note, however, that the state managers cannot propose long-term solutions either for the management of the crisis of capitalist social relations as manifested in the latest currency/debt crisis or the legitimacy crisis of the state itself. Despite the strong pro-growth rhetoric against high interest rates and deepening centralisation/politicisation of different ranks of economic management, the Treasury and Finance Minister announced a new economic plan in early August which brought central bank independence and tighter fiscal discipline back to the center of the economic restructuring agenda. Shortly afterwards, the Central Bank followed with the announcement of its decision to raise the interest rates. These contradictory developments reveal the conflict between the logics of accummulation and legitimation that the different ranks of the state are forced to manage and how in particular crisis moments, the contradiction bursts open exposing the short-life span of these governing fixes. The appeals to divine authority and the nation that are revised in this manner a few weeks later highlight the fact that the aforementioned contradiction is ultimately not a resolvable one. Whether the progressive, alternative politicisation efforts can take root in such a context remains to be seen.

[1] By intended and unintended consequences I refer to the potential divergences between individual/collective actions and their societal outcomes which may be different than the original intentions of these actors and ultimately impose limits to the latter. In the context of political economy, it refers broadly to the structural, systemic repercussions that the actions of individual producers/consumers, buyers/sellers, workers/capitalists and state managers have at societal scale.

Pinar Donmez is a researcher in politics and international studies. She is interested in and would like to learn more about critical political economy, theories of state, management of money and labour-power in capitalism, academic labour and freedom, dynamics of (de)politicisation within and beyond the context of Turkey.