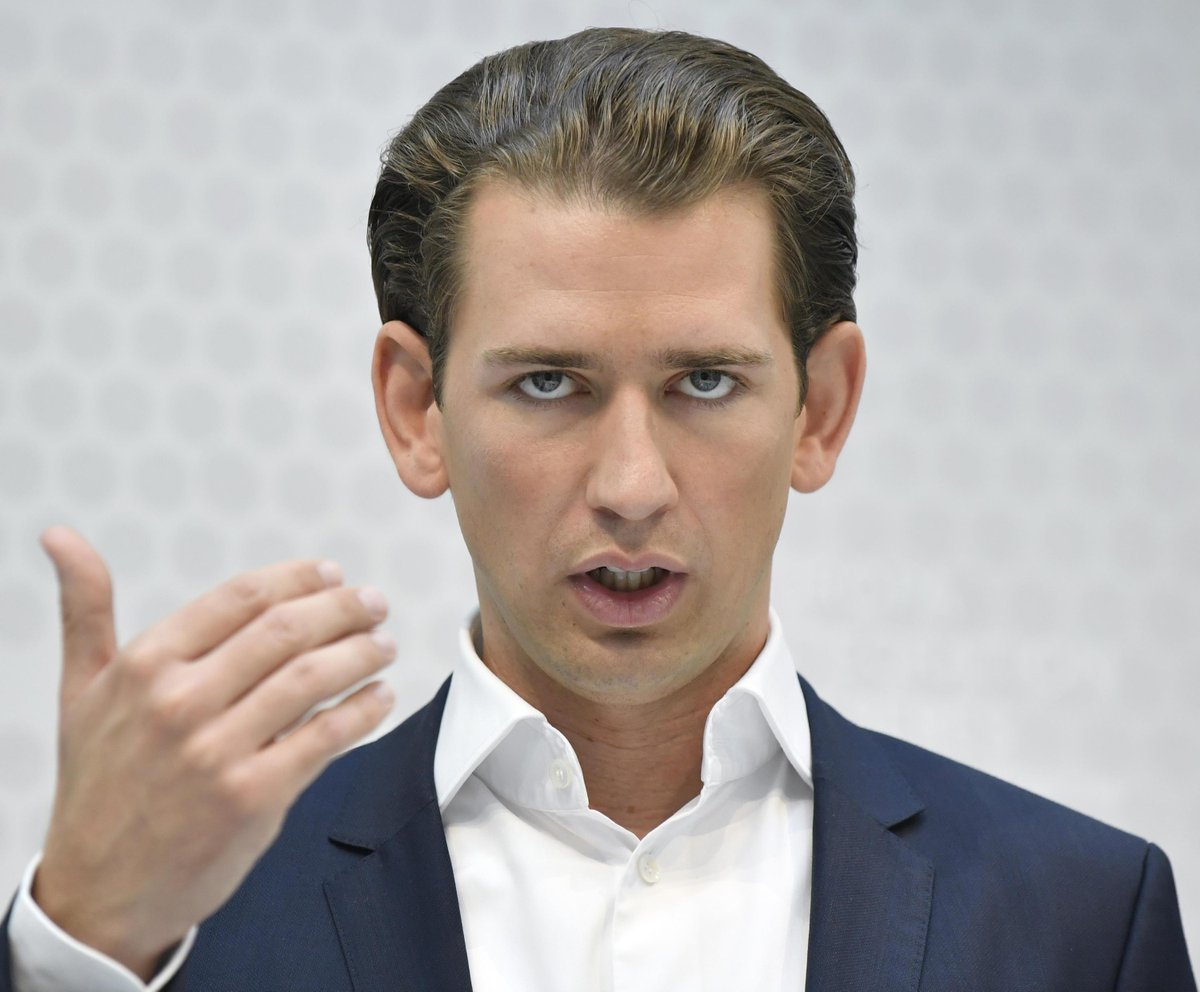 policies. As in some other EU countries, such as Belgium, Bulgaria, Denmark and Finland, a traditional liberal-conservative party has formed a coalition with or at least achieved the tolerance of a hard right-wing force with an aggressive anti-immigrant agenda in order to pursue or deepen its neo-liberal policies.

The new Chancellor, Sebastian Kurz, had ended the coalition with the Social Democrats in order to form a right-wing coalition after fresh elections. In the change of direction, Kurz enjoyed the support of the Association of Industrialists which represents the big, often foreign-owned capital groups in Austria. The party wing close to the small- and medium scale capital organised, in the Chamber of Business, was side-lined in this process, but has welcomed certain of the announced pro-business policies.

In order to gain voters from the FPÖ electorate, Kurz embarked on an aggressive anti-immigrant and anti-refugee election campaign that stigmatised Muslims. He borrowed rhetorical figures both from the Austrian FPÖ and from Hungarian Prime Minister Viktor Orbán.

But this anti-immigration stance has not been the only area where a rapprochement between the new dominant forces in ÖVP and the FPÖ can be observed. Key elements of the economic programmes of both parties – like the weakening of labour interests, the flexibilisation of working time and lower corporate taxes – overlapped and were in line with the long-held desires of the Association of Industrialists.

The allure of anti-labour policies

Not surprisingly, the Association of Industrialists is rather enthusiastic about the government’s programme. The institutional power of labour will be reduced. In particular, the capacity of the Chamber of Labour to impact economic and social policy formulation and to back up trade unions’ activities with research and advice will be curbed. But small- and medium scale capital would also stand to lose political influence through a reform of the Chambers system as well. The big capital groups will see their power increased both vis-à-vis labour and smaller enterprises.

While the FPÖ had initially demanded the end of obligatory membership in the Chambers and, thus, the de facto dismantling of the Chamber system, resistance to such a radical change was strong in the ÖVP which is well represented in the Chambers, particularly the Chamber of Business and the Chamber of Agriculture. The compromise between the two parties points in the direction of the reduction of membership fees which would reduce the Chambers’ room for manoeuvre.

Presently, the Chambers are more than just service organisations for their members; they have considerable expertise in economic and social policies and are able to intervene effectively into policy debates. The Chamber of Labour is able to provide background expertise for collective bargaining. Due to the obligatory membership in the Chambers, the coverage of collective agreements is close to 100%. The details of the reform of the Chambers have not been fixed in the government programme.

Business has for a long time demanded the flexibilisation of working hours. In the old coalition, the Social Democrats had blocked this demand. The new government, however, intends to permit peak working times of 12 hours per day and 60 hours per week. The trade unions are clearly opposed to such policies that reflect the practices of the nineteenth century. In a similar vein, the new government intends to weaken the labour inspectorates.

One of the most concrete items of the tax proposals is the reduction of corporate taxation. It is quite obvious that the new right wing government wants to increase “competitiveness” by lowering standards and taxes. This is a strategy of dependent capitalism. And Austria is to some extent a dependent country. Its export industry is to a significant extent a supplier to German export manufacturers and is partially German-owned. The German nexus is acknowledged by FPÖ. Though its electoral basis is EU-sceptical, the party no longer questions the eurozone.

In social policies, the ÖVP-FPÖ government is to some extent copying regressive German practices. In its programme, it announced its intention to reform the unemployment benefits. Inter alia, unemployed persons should get benefits for shorter periods. Afterwards, they should be relegated into the social welfare programmes. The new government envisages a more restrictive and stigmatising approach to social welfare. Social security payments are to be severely cut for refugees. As it already has been the case in the region of Upper Austria where ÖVP and FPÖ govern, the discrimination of the most vulnerable group is only the gateway for more general cuts and deteriorations.

Social welfare is increasingly to be provided in kind instead of through monetary transfers. The upper limit for social welfare payments is to be €1500 irrespective of the size of the family. Though the new right-wing government highlights its family policies, the support for families with children is targeted at the middle strata. Its main instrument is a family bonus on tax payments. Many single-parent families, however, are below the set income threshold.

Both in its focus on the middle class and the conservative orientation of its family policies and the stigmatisation of the poor, the new Austrian right-wing government shows clear parallels with Fidesz in Hungary. A clear tendency in the programme is the discrimination of migrants, including those from the EU, in labour market and social policies. In this regard, the new Austrian government promotes a more exclusionary form of welfare state nationalism than other West European governments which are supported by nationalist, anti-immigrant parties. While the nationalist right in West and Central-East Europe share an anti-immigration agenda, concrete measures against EU migrants in the West create rifts with the nationalist right in Central-Eastern Europe.

The new Austrian government shares a repressive bent with Fidesz in Hungary and the PiS (Law and Justice Party) in Poland. The far-right FPÖ will take over the Ministries of Interior and Defence and the control of the secret services. The Austrian President, Alexander van der Bellen, who, according to the constitution, plays a certain role in the formation of the government, insisted successfully that the Ministries of Interior and Justice may not be controlled by the same party. The President wanted to avoid a situation in which all the Ministries dealing with repression would be in the hands of the FPÖ.

In the heart of Europe, a new “Mitteleuropa” is in formation. It is quite different from the liberal-democratic visions of Mitteleuropa which Milan Kundera and others had nourished in the 1980s and early 1990s. The renewed axis between Austria and Hungary rests on anti-social policies, the stigmatisation of the poor and of specific migrants and other minorities.