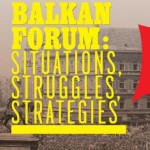 Note from the LeftEast editors: with the kind permission of the Subversive Festival organizers we publish the .html versions of the Subversive Festival’s outputs “Balkan Forum: Situations, Struggles, Strategies”. A .pdf version can be downloaded by clicking on the image of the book collection here or from the website of the Forum’s principal sponsor, Rosa Luxemburg Stiftung, Southeast Europe, which also provided the annotation of the volume. Please click on the images below to follow the link to each article.

Economic Alternatives for the Balkans 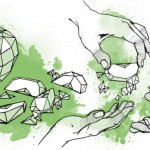 The Struggle for the Commons in the Balkans 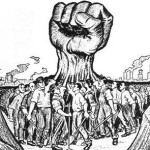 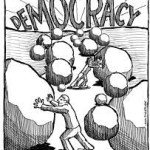 The first Balkan Forum took place within the Subversive Festival in Zagreb, in May 2012, and gathered up to 40 progressive organizations and movements from across the post-socialist states of the region. It was for the first time since the collapse of state socialist regimes and Yugoslavia, that progressive leftist forces – from Slovenia, Croatia, Bosnia and Herzegovina, Serbia, Kosovo, Macedonia, Albania, Bulgaria and Romania – came together to discuss and imagine a common future for their region.

The Forum identified the neuralgic spots of the widespread crisis of both neoliberal economic order and representative democracy and, finally, defined possible strategies of resistance and political action in Southeast Europe.

The first Balkan Forum prioritized the following issues: social justice, resistance to the neoliberal agenda, the struggle for the commons, economic relations, deindustrialization and workers’ struggles and, finally, the crisis of electoral democracy and the need for deep democratization of Balkan societies.

This is how the Balkan Forum came into being as an informal platform for mutual cooperation that can generate concrete social, economic and political proposals. Six working groups were established and presented their reports at the second Balkan Forum, held at the Subversive Festival in May 2013, where more than 50 organizations, movements and groups took part in self-organized panels and plenary sessions. The working groups concentrated on the following topics: democratization and participation, workers’ struggles, the commons, economic alternatives, sexual and class equality, and media and the public sphere.

Four working groups dealing with the commons, democratization and participation, workers’ struggles and economic alternatives continued their work in 2013 and 2014 and prepared their reports that we present in this volume. Up to 35 activists took part in drafting these reports with the goal to provide a critical examination of the situation in the region in all its varieties, to map and evaluate the existing social and political struggles and, finally, to suggest alternative social, economic and political strategies. In order to avoid the old curse of ‘one step forward, two steps back’, we strongly believe that these reports provide a valuable resource for existing and future social and political movements sharing the goal of progressive anti-capitalist transformation of the Balkan societies towards profound democratization and social equality. At the same time, these reports invite a productive continuation of discussions and disagreements on the Left, across the Balkans and elsewhere in Europe. Without a unified Balkan left, we believe, there is no viable future for the Balkans. The activities of the Balkan Forum are among first steps in that direction.