Editors’ Note: Over the last three decades or so, the workplace has receded from visibility in scholarship and in cultural productions. This disappearance is a global phenomenon of the neoliberal era, but the shift in East European societies, which used to valorize labor in many ways, has been particularly extreme. To the outside observer, it is becoming increasingly difficult to imagine what people do upon entering the gates of their workplace. This is why articles such as the following one by Arlind Qori, about the employment options Albanians face and the attendant forms of violence, oppression, and exploitation, are so important today. This article is published in collaboration with the Serbo-Croatian portal Bilten.

Enver Koçi was a 66-years old miner who lost his life while working in the mine. The Prosecution Office declined to press charges, considering that the Penal Code does not provide instruments for prosecuting this kind of “accident” in the workplace (Albanian). He is the fifth miner from Bulqiza, Albania’s central mining town, to be killed since the beginning of 2018. Organizata Politike’s activists have calculated that, in the absence of official data, at least 43 miners have died in the workplace since 2013, the year the ruling Socialist Party came to power. In a sign of protest, on May Day the activists placed 43 mining helmets on the stairs of the Ministry of Energy and Industry. Nevertheless, it’s commonplace nowadays in Albania for state institutions to shift the blame on workers for workplace accidents and even for their own deaths.

Miners are only a tiny minority of the Albanian working class, despite once being one of the historical strongholds of workers’ organizing. In Bulqiza, hundreds of workers continue to work in very dangerous conditions. The government has withdrawn not only from administering the mines but also from seriously supervising working conditions. Through notorious public-private partnerships, it has distributed the mining galleries to a number of economic oligarchs from Tirana as well as local strongmen and mafiosi. But formally employed workers are not the only ones subjected to exploitation and mistreatment. Hundreds of destitute people, especially women and children, venture into the no-man’s-land between the galleries to gather chrome and sell it for a very low price to unlicensed traders with strong connections to the local police and the central government.

The second branch of the old industries – once thriving under socialism – is oil production and refinement, the latter located in the towns of Ballsh and Fier. Underinvestment and speculative deals between the central government and economic oligarchs have almost destroyed the sector. More than 1000 workers have been laid off over the last year, without being paid even for the months they have worked. In recent months, a new firm has rented the oil refinery and its first act was to lay off a large batch of workers. Those lucky ones to be “re-employed” were arrogantly told that the new firm owed nothing to them in back wages and that they should not dream about any kind of trade-unionism, for otherwise they would be collectively fired. Decimated by the layoffs and betrayed by the trade union bureaucracy, the oil refinery workers in Ballsh and Fier are bending to the will of the new owners. 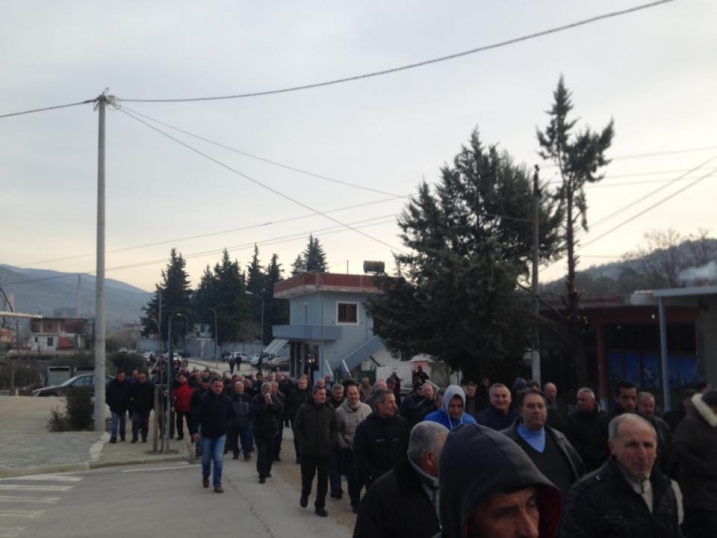 In any case, the miners and oil workers are the withering traditional industrial working class of Albania. Most manufacturing workers are employed in the thriving (from the owners’ perspective) shoe and garments factories. These factories are outsourcing contractors of big multinational corporations. Their workers’ rate of exploitation is higher than anywhere else. According to a study by the Institute of Social Critique and Emancipation of the conditions of the working class in Albania, these are the lowest paid workers in Albania. In substantial numbers, their real wage is lower than the official minimum wage.[1] After withdrawing their wages from the ATM, they are obliged to return part of it to the owner. Seventy-two per cent of them work overtime, mostly without overtime pay, have no kind of organization, and show signs of fear when approached in terms of investigative journalism or triggering self-organization. In a factory in Berat, researchers from the Institute have found that there was a formal trade union, but its self-appointed boss was the manager. Almost all shoe and garment workers are women, living in small towns, nearby villages or the big city’s outskirts, most of the time suffering from different kinds of exploitation and discrimination. To add insult to injury, sometimes, after working more than eight hours, they take part of the work home and distribute it to other members of the family. Some factory owners have even complained publicly that they cannot find enough workers to accept the miserable wages and dire working conditions they offer.

What makes things worse for these workers is that their owners are not part of Albania’s big bourgeoisie. Getting orders from big multinational corporations, they do not have enough capital to exploit labour intensively or at a high rate of productivity; their rate of profit is lower than the average big firm in Albania. This is explained by the structural deformation of a peripheral economy. The big bourgeoisie actually avoids manufacturing as its main source of profit is not the direct exploitation of labour power, but its privileged access to natural resources – minerals, rivers, the coast etc. – or trade routes. On the other hand, they do invest heavily in the speculative real estate sector and in guaranteed government services through PPP. In all these cases, they have a strong connection to the government; they, therefore, outpace what I am inclined to name the middle bourgeoisie of the manufacturing sector.

Another important sector of the working class is the call centre workers. Massed in branches of big multinational companies like Teleperformance, or other medium and small outsourced firms, they are the most alienated part of the Albanian working class. Despite being one of the best-paid sectors of the working class, they feel pressured like no other. Sometimes their wages are dependent on the results of making contracts with clients, and in most cases they perceive their jobs as completely futile (akin to the “bullshit jobs” analysed by David Graeber), especially when they think of their status as students or qualified graduates who have no real perspective of working in their specialty.

Making things worse for the working class are governmental policies that try to attract any kind of investor, without being concerned about the working conditions. In a famous remark three years ago, Prime Minister Edi Rama told a group of potential Italian investors to invest in Albania because “fortunately, here we have no trade unions.” On the other hand, the government is economically strangling the poorest strata of the population by cutting their social benefits and forcing them to enter the over-exploited shoe and garment sector.

But unemployed and precarious workers do have other options. Most of them use the free movement agreement between Albania and the EU to go abroad, especially to Germany, and work illegally for several months of the year. After being found and expelled, they repeat the process with greater inventiveness. Anyway, it seems there is tacit tolerance on the part of some EU states to this kind of migration as the number of “illegal workers” from Albania who are expelled is far lower than the number of those leaving the country (approximately 50,000 people per year). The other escape route is working in the illegal hashish plantations, where cultivation labourers are paid two or three times better than shoe and garment workers. 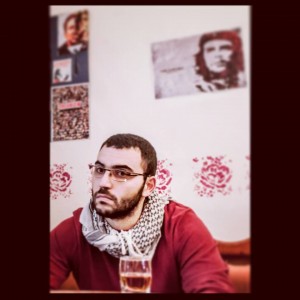 The state’s decade-long tolerance towards such “escape routes” has been one of the main factors in keeping a fragile social peace in Albania. Nevertheless, there are signs that it has begun to clamp down on these, and class antagonisms are coming to the surface.

[1] According to the ICSE study, “The Conditions of the Working Class in Albania, II”, 22% of interviewed workers in all sectors declare that their real wage is below the legally recognized minimum wage. On the other hand, the number of workers having one or no weekly day off is a staggering 81%. In the shoe and garment sector the numbers are even worse: 94% (PDF, Albanian).