VIDEO: Precarity in the Periphery: A glance to East for making Europe

Video reportage from eastern Europe, towards the transnational meeting in Poznan. An overview on precarity, austerity and movements from outside the eurozone. 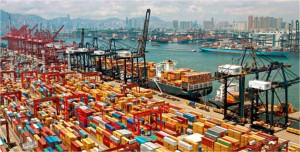 From the page of the event Transnational Social Strike 2nd-4th of October in Poznan: event page

The peripheries of Europe are the centre of the austerity measures of current endless crisis and, at the same times, the centre of social turbulences of migrations. These war zones – like the border of Ukraine and of Turkey – are facing an original “becoming centre” of the margins that reduce the old dichotomy periphery/centre into a quite old analytical tool: a new space, quite multifarious and not linear at all, is emerging. In this context, it is important to build networks’ movement able to set political geography of struggles among those region, a topography to transform the lack of solidarity between countries of east and south periphery into political cooperation based on similar challenges.

This is the common challenge as well as the urgency of collective answer to the austerity policies whose bitter taste is well known in the South due to the Troika measures. A similar harsh taste can be found in Eastern countries, where the western integration and the permanent crisis since the end of Soviet Union made the collapse of social welfare not a novelty.

Starting from the notion of precarity that assumes different meaning for workers in the post-soviet space, we have to answer to this challenge starting from the workers’ condition in the transition time: for whom are forced to work in a violent regime of workfare, for the working poor of different sectors, the progressive erosion of the labour conditions, social right and welfare are an urgent:

Translation, as a political tools, can help to transform precarious as a political name for different sectors, able to bridge industrial, services and cultural workers that are not in the same side. In this way, sharing conditions is very important to displace struggles across west and east, within the dislocation of the western multinational in the east:

A challenge for movement, trade unions, political parties as happen in Poland, where the social campaign my prekariat initiated by Inicjatywa Pracownicza and Krytyka Polityczna, that was able to put start a process for organizing workers of different sectors starting from artists that first started to protest of struggling against the precarization of the cultural sector.