On the Macedonian question: Statement from DEA and the Red Network 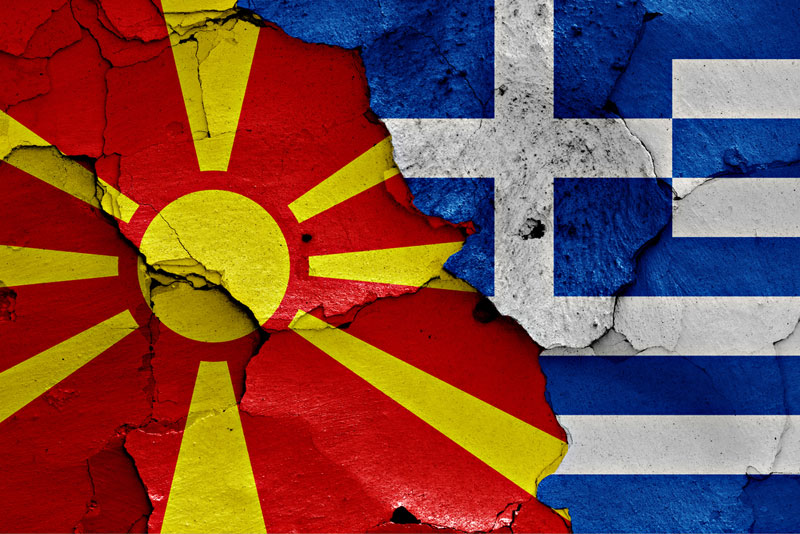 Concerning the recent developments in the Balkans, DEA and the Red Network state the following:

Their objectives are the following:

To regulate the relations between Greece and Albania (cancel the “state of war” – agree to mutually accepted Exclusive Economic Zones in the seas), so that a closer military-diplomatic co-operation between the two countries can be achieved.

To consolidate a stable military co-operation with Bulgaria, in order to include this country to the “axis” of Greece-Cyprus-Israel (with the obvious aim of encircling Turkey).

To magnify the pressure on Serbia, so that it enters the EU and NATO.

These plans, except for the military-diplomatic field, extend to important initiatives on the economic field, like establishing new “energy routes” or connecting the port of Thessaloniki with central Europe and the Atlantic Ocean.

These plans are extremely dangerous for peace, they lead to a major re-inforcement of imperialism in every country, and they are connected to the prospect of a tighter control of political and social life in the Balkan countries by the major imperialist powers of the West.

The Greek state, its armed forces, its diplomacy are taking up an important role of coordinating these plans –they are at the forefront of this effort.

The theory which claims that Greece is a “vassal state” is once again proven wrong.

The government of Alexis Tsipras is seeking for its political rescue, after sinking into the swamp of the Third Memorandum of austerity, by taking up the role of NATO’s “thug” in the Balkans, and by trying to convince the ruling class that it is the most “qualified” and ruthless political servant it can find.

A clear anti-government position is a must for the real radical Left in the struggles and the political initiatives in the period before us.

Until today, the “name question” was a vehicle for the Greek state to intervene to the neighboring country, in order to turn it into an economic and political “satellite”. This strategy included war threats (lets remind previous rallies that were organized under the slogan: “there is only one solution – move our borderline to Serbia”) or periods of financial blockade and political-diplomatic isolation, that led the neighboring country to an existential crisis, a crisis of viability as a united state. Today, the “name question” is the battering ram to enforce the signing of a deal that will turn the neighboring country into a western “canton”, where the Greek capitalists will enjoy their political and economic primacy.

In order to serve this contemporary “Great National Idea”, there is an ideological and political manipulation of history underway. We remind that the same had been done to serve the first “Great National Idea”, during the explosion of nationalisms in the Balkans, after 1910. And back then, the working class and the poor popular classes paid a heavy price of blood to the years-long wars that followed.

The Left should not take into account the ambiguous “readings” of history or the even more ambiguous theories about the “origins of nations”, when it considers the principles that will serve as a foundation to its policies and proposals. These principles should start from the non-negotiable defense of peace, the rejection of any territorial claims/annexations, the acceptance of the right to self-determination and the support for minority rights.

In the rally in Athens, the right-wing party of New Democracy is trying to “incorporate” the far-right protest for the “name”, by actually taking up the responsibility for its organization. The presence of Mikis Theodorakis in this nationalist fiesta is a great gift to the Right, for the second time in his lifetime, after his support for the government of right-wing Konstantinos Mitsotakis that started the neoliberal offensive in Greece in the early 90’s.

This is a very serious threat.

The far-right and the traditional Right are trying to divert the popular anger and despair that austerity create, towards nationalist hatred.

With the help from the Church and important parts of the state-machinery, they manage to mobilize big numbers of people, although they are still falling sort from the massive nationalist rallies of the 90’s.

The Left should stand firm against this prospect: We should constantly reveal the dangerous character of these rallies, and emphasize the potential that they create for the neonazis of Golden Dawn. We should wage a struggle in all organizations and “institutions” of the workers movement, and talk to everyone, man-by-man, in order to prevent participation in these rallies and to isolate their organizers. We should denounce New Democracy and the organized far-right, without downplaying the responsibilities of the SYRIZA government that is paving their way. We should counter-pose an independent policy of the Radical Left, a policy of peace, collaboration and friendship in the Balkans, a policy of confrontation with the imperialists, which insists on the struggle for socialist emancipation.

– NO to NATO’s imperialist “solutions” in the Balkans. Withdraw from NATO now, shut down the military bases, no to armaments and military expenditures.

– A policy of peace and collaboration, based on democratic principles, towards all neighboring countries. The peoples of Balkans are our brothers and sisters.

– NO to the rallies of hatred. No to nationalism, the far-right and racism. Solidarity with the refugees and immigrants.

– NO to the governmental policy of Memorandums, of brutal austerity, of lining up with imperialism.

– Unity in action of the radical, anti-Memorandum, anticapitalist Left.

DEA (Internationalist Workers’ Left) is an anticapitalist organization in Greece. The Red Network is a “network” that unites DEA, Anticapitalist Political Organization (APO) and unaffiliated activists who sympathize with their views. DEA and the Red Network are also part of the left-wing front Popular Unity.