← The ‘Ndrangheta and Slovak Politics: an interview with Alena Krempaská 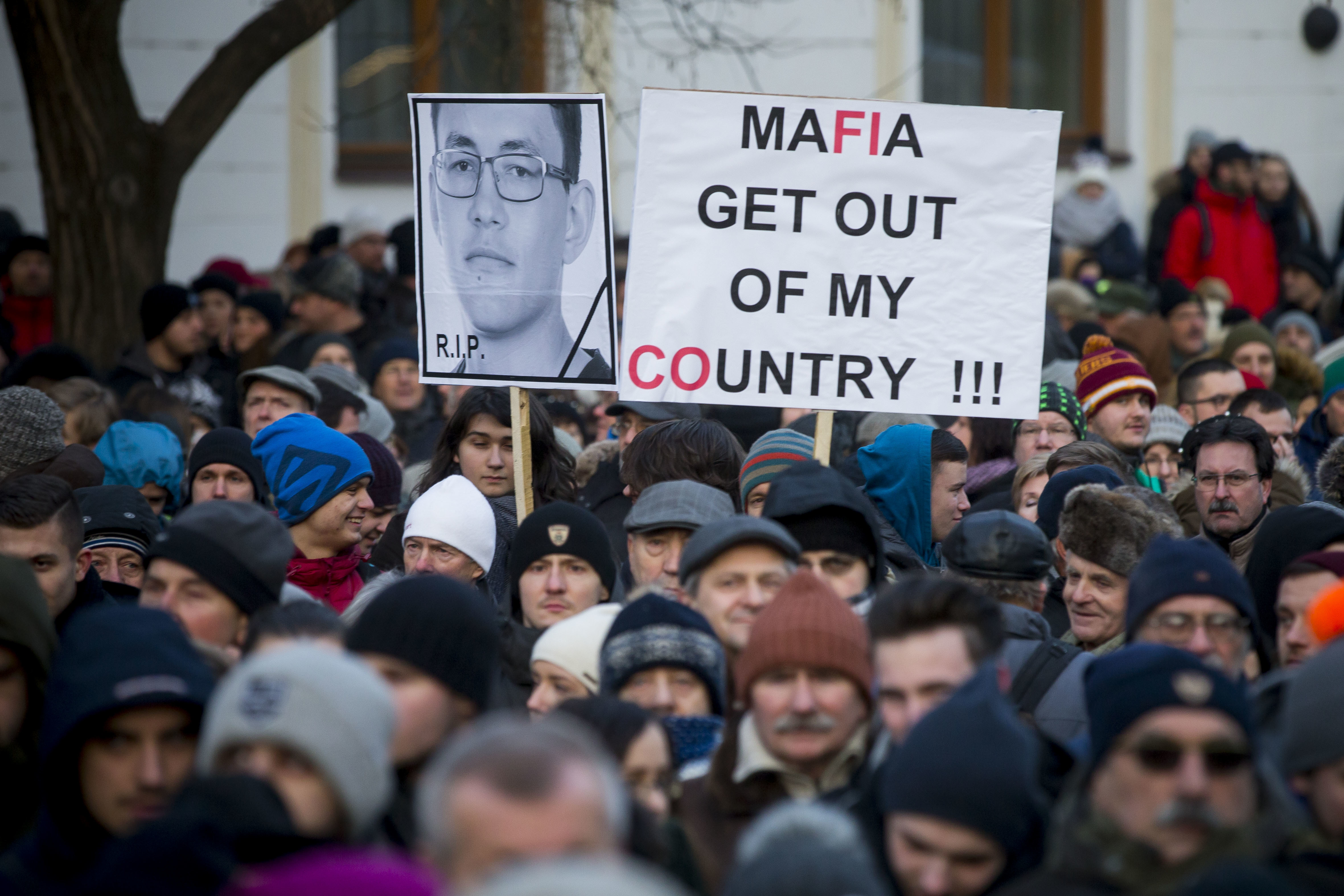 FILE – In this Wednesday, Feb. 28, 2018 file photo, people take part in a silent protest march in memory of murdered journalist Jan Kuciak and his girlfriend Martina Kusnirova in Bratislava, Slovakia. In the wake of an unprecedented slayings of an investigative journalist and his fiancee, Slovakia turned in just few days from what seemed to be a stable European Union country into chaos. In a speech last month, President Andrej Kiska talked about his country as “successful, proud and self-confident.” He used different words on Sunday, March 4 to say that Slovakia faces a “serious political crisis” that was triggered by the shooting deaths of Jan Kuciak and Martina Kusnirova. (AP Photo/Bundas Engler, file)

Bookmark the permalink.
LeftEast is a platform that supports free expression in a climate of equally free speech for all persons that want to participate. This is why we shall moderate any comments that engage in discrimination, fighting words, or lead to an obstruction of dialogue and we shall ban the involved user from our community. Unless signed by the editorial board, articles do not necessarily express the opinion of the editorial board as a whole, but are positions within larger debates we would like to bring to the attention of our readers.