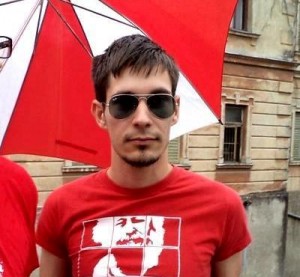 On December 20 2013, state sponsored hearings on the new labor law in Serbia were cancelled just as they were supposed to begin. The first public hearings were scheduled for Novi Sad, while subsequent hearings were to take place in Kragujevac and Belgrade. However, before the day was over, all the hearings had been called off. Serbia’s Ministry of Labor, Employment and Social Policy (MLESP) first blamed the unions for ‘obstructing’ the proceedings, and then canceled all further hearings, arguing that: “All those interested may submit their proposals, suggestions and complaints on the Draft of the Law on the Amendment of the Law on Labor in written form and in the manner prescribed by the Public discussion program.”[i] As a result, the new labor law is effectively being pushed-through hastily and out of public view. The state’s moves signal a clear turn against unions and all organizations that stand on their side. This can be see in the cancellation of hearings in Novi Sad and the combative tone of Serbia’s Minister for the Economy Saša Radulović. As a result, unions have announced a possible general strike if the law is adopted.

NOVI SAD: It was the government, in fact, that was actually the main obstruction to the public hearings. First, the public hearings on the draft law were anything but public. The public was notified of them only a few days earlier. The MLESP published the list of ‘public’ hearings on December 17, in the midst of the holiday season, and just three days prior to the first scheduled hearing in Novi Sad. Second, the ‘public’ hearing in Novi Sad was to be held at the Regional Chamber of Commerce (RCC), a place clearly symbolizing employer interests, and in a conference room with a 70-seat capacity. The venue was not exactly a public space open to all. Apart from the Union of Employers (UE) and representatives of the state, the room was also supposed to provide enough space for anyone else interested in attending the hearings. Third, it was stipulated that organizations wishing to participate were limited to only one representative, a rule that applied to all groups, including the Association of Roma Students, the Citizen’s Association S.T.R.I.K.E., Gerusija, etc.[ii]

Thus, on the day of the scheduled debate, 20 December 2013, members of the unions, the aforementioned organizations, and several citizens’ groups, gathered in front of the RCC building with banners, flags and placards. Inside the building, the unions managed to disrupt the hearings from which they were being systematically excluded. Simultaneously, the employers’ representatives withdrew to another room were other privileged discussants were to be found, that is, everybody except the unions, the left and NGOs.

Soon after, MLESP and UE representatives left the building, telling the assembled media crews that the whole thing was over and disbanding future public hearings. After hearing that they had managed to drive off the employers and subvert their attempt to gather in another room, union members seized the microphones and began to read, line by line, the contents of the new law – including provisions that directly undermine the role of unions. Several hours after the protest action, the Ministry issued a statement blaming the unions for the failure of the public hearings and using the day’s events as a pretext for annulling subsequent hearings.

BELGRADE: Soon after, on December 26, Belgrade was witness to two important events: in one, it was the Ministry that played the leading role, and in the other it was the unions that took center stage. First, the Minister for the Economy, Saša Radulović, led a panel at the Faculty of Law in Belgrade whose theme was ‘A job for Serbia.’ The moderators of this panel, which Radulović was attempting to use as a platform to justify the new law, attempted to avoid giving a voice to union representatives, leaning instead on pro-liberal student groups (mostly drawn from Belgrade-based organizations like ‘Studenti za slobodu,’ who organized the panel, and ‘Libek’)[iii] for support.

In spite of this, most of the audience was composed of unionists who were not only from Belgrade but also came from Novi Sad and elsewhere. Hence, the Belgrade unions appeared at the panel accompanied by all those groups that had participated in the first “public” hearing in Novi Sad. The panel ended with Radulović leaving and the unions and other organizations chanting. Since the whole thing was organized in an attempt to make up for the public hearings, and framed with a clear anti-union stance, it would not be an exaggeration to say that it marked the end of the ‘social dialogue’ between proponents of the law against workers, and all of those to whom the law applies (i.e. the workers themselves, future members of the working-class among student-ranks and others). Thus ended the event in which the Ministry played a key role.

The other event on that day, organized by the trade-union movement at Belgrade’s House of Unions, had a clearer outcome. Although the aforementioned minister and other members of the government were invited to take part, none of them came. However, apart from criticizing the law, the assembled unions also managed to reach an agreement between them on a concrete course of action. It was at this assembly that the United Branch Union “Independence” (Ujedinjeni Granski Sindikat “Nezavisnost”) and the Alliance of Independent Unions of Serbia (Savez Samostalnih Sindikata Srbije) announced their decision for further action: in case the proposed law was not abandoned by 20 January 2014, the unions would hold a warning protest, followed by a series of protests across Serbia, with a central one in Belgrade, and after this, if the government doesn’t concede anything, they will block traffic and declare a general strike. This assembly was supported by a number of people from the City’s Transport Company (Gradsko Saobraćajno Preduzeće), who were also preparing to protest due to poor working conditions and wage decreases. Thus, it was agreed that the unions would stand together with the public sector. In case the new law was not urgently withdrawn from the parliamentary procedure, the exact dates of the string of actions were announced: the first protest was scheduled for January 23, and the general strike for January 27.[iv]

While in Croatia the government withdrew a similarly regressive draft labour law recently, thanks to a coordinated campaign by unions and leftist organizations, this has yet to happen in Serbia. This is partly due to the fact that there is a total media blackout on the issue in the Serbian media, in spite of (or perhaps because of) the law’s significance. Although the Ministry conceived of the public hearings only as a formality – since it refused to countenance any major changes to the document – by annulling the public hearings it also decisively terminated the social dialogue and the last remaining illusion that it believes citizens should participate in shaping legislation. Instead, the state is attempting to depoliticize the whole issue by employing the ideology of ‘labor flexibilization’ and the need to create a good a ‘business climate.’ According to the Minister for the Economy, Saša Radulović, Serbia must turn to its future, which he describes as a “private economy.”

These statements, however, are not the utopian projections of a lonely minister. To focus on a single minister entails glossing over the collective guilt of the entire government. To ignore the guilt of the government means to remain blind to the whole power structure that is enforcing this law. If one has in mind that the Law on Labor in Serbia will be followed by a prohibition of employment in the public sector until the year 2016 – a measure scheduled to start in January 2014 (and in light of which the ruling parties have quickly sought to employ their own staff in various public services) – it becomes clear that this vision will in effect become a legalized, and thus a very material and economic reality. Along these lines, the tendency to understand the private sector as the primary engine of economic growth is augmented by the government’s effort, backed by the IMF, to restructure Serbia’s remaining socially owned enterprises.[v]

Ultimately, this law should be viewed from a class perspective: the new law grants all social security to the employer, while taking it away from workers. Although this only legitimizes existing practice in Serbian society, it is made worse as a result. According to the proposed law, employers are to be given full freedom in laying-off employees, even if they are members of vulnerable social groups, are pregnant or happen to be persons with disabilities. All this will take place without full severance pay for their years of service; an agency of employment, infamous in Croatia, is also being proposed; and legal limits for over-time will be lengthened to 48 hours a week or 12 hours a day – all under the guise of the aforementioned ‘flexibilization of the working sector.’

Once this law becomes part of Serbia’s economic reality, we will hardly be able to go back, since it would entail structural changes to the point of no return. This means that between these laws, workers will find themselves under constant pressure from capital to work, work and only work, beyond the 8-hour working day, up to the point of cracking – especially in the following three long years. If they do not meet the imperative of non-stop labor, they will be relegated to a surplus population that can be laid off without any trouble and without any compensation. This is the fate that awaits all workers and youth who will soon be joining the working-class as well. Thus, in the midst of the silent adoption of the law on labor, and the loud attack on the unions, the ‘obstructions’ we’ve seen above are not only understandable, but also desperately needed. Their radicalization may be the only clear alternative that is possible in the near future.

[ii] A description of the discussion can be found in Gerusija’s report on the event: https://www.facebook.com/notes/gerusija-radikalnateorija/izve%C5%A1taj-s-dana%C5%A1nje-javne-rasprave-u-novom-sadu-o-predlogu-novog-zakona-o-radu/248196468671784 (in Serbian)

[iii] The announcement by „Libek“ is especially interesting: although they’ve published a statement denying any involvement in the censoring of the discussants on the panel, in that same statement they write that: “The only link Libek has with the organizers of the panel is Mihajl Gajić, the director of the Research unit of Libek, who, as an expert on economy, accepted to moderate the panel on the invitation of the group Studenti za slobodu.“ Cited from the website of „Libek“ (in Serbian): http://libek.org.rs/sr/vesti/2013/12/27/demanti-libeka-povodom-saopstenja-sindikata-sloga  29. 12. 2013.

[iv] The link to the unions website and their announcement (in Serbian): http://www.sindikat.rs/aktuelno_files/vesti_pdf/odluka_vssss_generalni_strajk.pdf 29. 12. 2013.

[v] IMF’s team had visited Serbia in October regarding talks on the economic program of the Serbian government; in the report from these talks, among other things, the team mentiones the problem of dismantling the socially owned enterprises. For further information (in Serbian): http://www.imf.org/external/lang/serbian/np/sec/pr/2013/pr13395s.pdf  25. 12. 2013.

One Response to Struggling Against Serbia’s New Labour Law