Landgrabs and the EU

Note from the LeftEast editors: this article has been published in collaboration with the Serbo-Croat web portal Bilten.Org 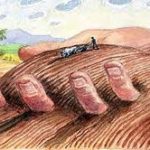 In the past few years, particularly after the 2007-8 world food price crisis, there has been a lot of attention to the global expansion of large-scale acquisitions of farmland, or what is usually referred to as land grabs. The investors range from transnational corporations and high-class individual investors to governments. A data set produced by GRAIN, an international NGO that has done influential research on land grabs, documents over 400 cases of large-scale land grabs, covering nearly 35 million hectares of farmland in over 60 countries, that happened from 2006 to 2012[1]. The problem with land grabs is that they do not contribute to the development of local communities, as they promise to do. Capital-intensive agricultural investment does not provide jobs and is spectacularly environmentally destructive. Additionally, as Olivier de Schutter, who served as the UN Special Rapporteur on the Right to Food from 2008 to 2014, has asserted, land grabs are having devastating effects on food security worldwide.

It is often wrongly presupposed that land grabs are something that does not concern Europe. It does both because EU policies stimulate such type of investment and since European corporations are directly involved and because land grabs are present within Europe as well, particularly in Eastern Europe. In a recent study, commissioned by the European Parliament’s Committee on Agriculture and Rural Development[2], we find “significant evidence that farmland grabbing is underway in the EU”, especially in some Eastern European member-states. For instance, foreign direct investment in the agricultural sector in Estonia, the same study indicates, rose five times in the period from 2003 to 2008. In Romania, as a 2013 study on land grabs in Europe published by the Transnational institute (TNI), an Amsterdam-based progressive think-tank, shows about 700,000 – 800,000 hectares of farmland is estimated to be in the hands of large multinational corporations.

Bulgaria is an excellent example of cases of extreme land grabs within the EU, with 4% of agricultural producers controlling 85% of utilised farmland, but I will come back to this in the end of the article again. It is firstly important to comprehend the role of the EU in all this.

The Role of the EU 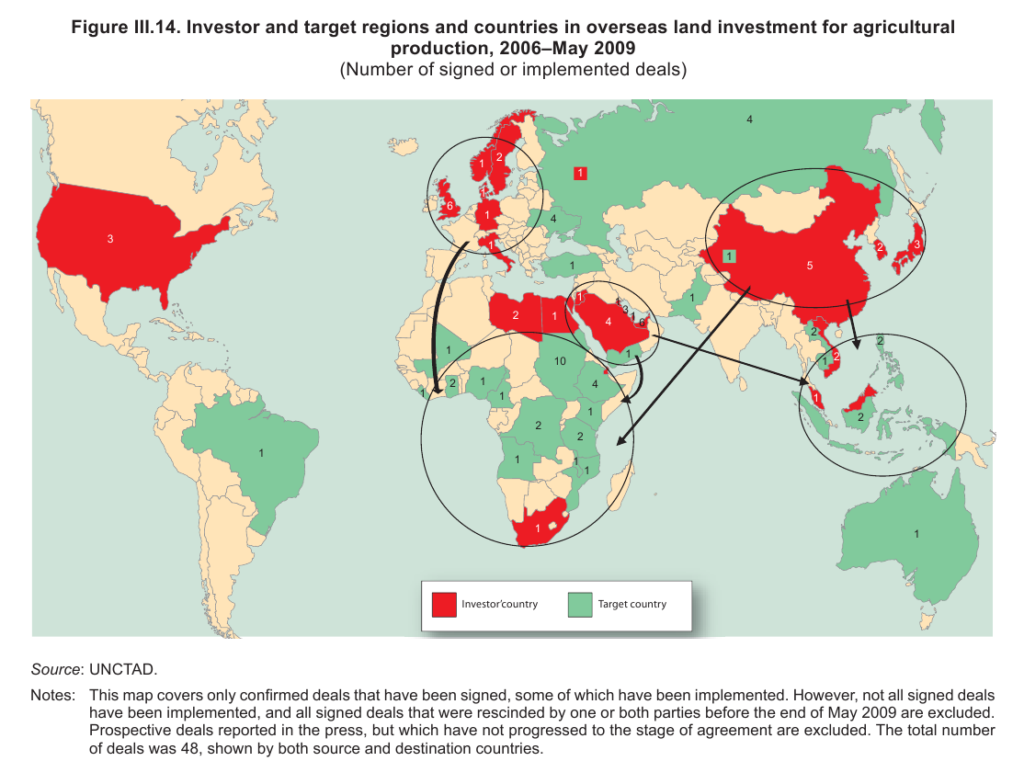 The EU, as research by the TNI has demonstrated[3], is a major actor in the global land grab rush. More than forty percent of the largest investors in the field are based in Europe. For example, the British Landkom was leasing over 100 000 hectares of land in Ukraine in 2008 and 2009. Furthermore, EU policies end up stimulating land-grabbing. The Renewable Energy Directive, adopted in 2009, requires that 20% of energy used within the EU, as well as 10% of transport fuel in individual member-states come from so-called “renewable” sources. This leads to entrenchment of the agrofuel industries by creating a stable and favourable environment for investments in cash crops such as corn, that are convertible to fuel: a major stimulus to the global land grab rush. The same TNI report shows that there are in fact a number of similar EU policies, such as its external investment and trade policies or its internal agricultural policies, which actively contribute to the global expansion of land grabs. There have been individual critical voices from EU officials. In 2009, for instance, Stefano Manservisi, the director-general for aid and development at the European Commission, stated that “this is another way to exploit developing countries… a perfect example of neo-colonialism”. But the overall EU policy remains unchallenged.

The Everything But Arms (EBA) initiative, adopted by the EU in 2001, aims to promote EU imports from the least developed nations for everything except for arms and hence to integrate them in the global economy. In practice, however, it has contributed to the growth of land grabs. In Cambodia, for example, EBA promoted tariff abolition of Cambodian sugar imports in the EU. This measure was supposed to create jobs, but in reality it stimulated the Cambodian government to drive farmers off their land in order to lease the farmland to big international investors. This led 400 farming families to initiate a litigation against the implicated multinational corporations in London’s High Court.[4]

There are similar individual cases when direct political violence is involved in land grabs in EU member-states. The Dutch banking corporation Rabobank is engaged in acquiring over 21 000 hectares of farmland in Romania. Zarand, a Romanian village inhabited by over 2,500 people, is among the regions where subsidiaries of the Dutch giant have been grabbing land. The villagers have accused those companies of taking their land without any formal consent. The mayor of the village has been convicted by the National Agency for Anti-Corruption for his participation in document forgery and the theft of local citizens’ farmland. [5]

It is certainly easier to recognize land grabs when direct political coercion is involved, such as in the mentioned cases from Cambodia and Romania. More often, nevertheless, there are much more subtle ways to force small farmers and peasant communities off their land which are key to the understanding of the extent of land grabs, particularly within the EU.

The EU’s Common Agricultural Policy (CAP), representing about half of EU’s budgets, for example, promotes paying subsidies to large agricultural investors. Thus it creates unequal market incentives, stimulating big agricultural investors and marginalizing small ones, contributing, along with other European land-related policies, to the processes of farmland concentration within the EU. In that sense it is important to reassess the meaning of land grabs and not to narrow its definition solely to cases where violence is present, neither to investment projects in developing nations by transnational actors.

Mainstream media usually takes the narrow perspective (focusing on political coercion and foreign-investors). Even some critical NGOs have adopted this view. The narrow perspective, however, may remain blind to the fact that national investors may be as “foreign” to local communities as transnational ones, if the investment leads to reduction of employment and dispossesses small farmers of their land, and if its profit do not benefit in any way the local communities, based where the farmland is located.

Land Grabs in Eastern Europe: The Case of Bulgaria

In Bulgaria a class of national agricultural investors has been able to effectively monopolize Bulgarian agriculture by establishing strong connections with the national political elite and by taking advantage of EU farming subsidies, favouring large investors. Furthermore, those Bulgarian investors had been very efficient in integrating their businesses in international markets for agricultural production.

А study on land concentration in Bulgaria, published last month by Za Zemiata[6], the Bulgarian member of Friends of the Earth, shows that the number of agricultural producers have been falling constantly in the last 15-20 years. In 2003 there had been over 650 000 registered producers and in 2013 the number fell to about 250 000. Cooperative farms have been in constant decline, too. Between 2003 and 2010 both their number and the land they use fell by about 50%, but, at the same time, private agricultural investors have enjoyed high growth levels.

Despite that there are still many small producers, they have very limited access to land. Only 4% of agricultural producers control 85% farmland. The case is the same with livestock breeding with 1,5% of producers in the sector utilizing 66% of the land. Small producers still dominate the market, but only in terms of sheer numbers, not in terms of access to land. Over 80% of farmers use less than 2 hectares of land. This figure puts the huge majority of farmers in Bulgaria in the same situation as most of their colleagues in the European island-nation of Malta, where also 80% of farmers have less than 2 hectares of land.

Mainstream media and politicians have praised the “impressive” growth in the Bulgarian agricultural sector. Disregarding extreme centralization of land use, practically all Bulgarian governments in the last two decades have favoured land consolidation by few big agricultural firms. The current agricultural minister, who used to be the CEO in one of the most influential Bulgarian farming corporations, keeps on claiming the biggest challenge for the government is to accelerate land consolidation.

To finish on a positive note, in the midst of this bleak picture, some peasant farmers, agricultural workers, as well as food and environmentalist activists have started to organize in Eastern Europe against this utterly unjust land policies. The next European Nyeleni Forum for Food Sovereignty, which unites the progressive organizations in the field of land and agricultural politics, will take place this autumn in Romania[7]. Perhaps it is possible to hope that this is indicative of potential politicization against the socially destructive effects of neoliberalism in the agricultural sector, so painfully visible in Eastern Europe. 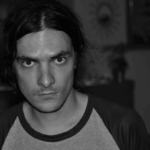 Georgi Medarov received his PhD in Sociology from Sofia University, Bulgaria, and currently teaches at Plovdiv University. His research focuses on the elective affinities between authoritarianism and (neo)liberalism in post-1989 Bulgaria. Georgi is also a founding member of the Sofia-based New Left Perspectives – an initiative for political education.