The state of the British left. An interview with Luke March.

Note from the LeftEast editors: this interview with political analyst Luke March (University of Edinburgh) was made by Artem Koretsky. It has originally been published by RabKor collective in Russian.

Almost all the polls before the election showed that it is hardly one of the leading parties will win a clear. However, as a result of the victory of the conservative looks very convincingly. In your opinion,why in the end the Cameron’s party has managed to achieve such a clear victory?

To some degree we will still have to wait and see the analysis of why the polls got it so wrong, for example was it the case of lots of so-called ‘shy Tories’, I.e. people who do not admit to pollsters that they will support conservatives because of the social stigma the conservatives still have, or whether a large number of people changed their mind last minute, or whether there were serious methodological problems with the polls, which is probably the most likely solution. However what is already clear is that Labour’s weaknesses coming into the campaign, especially in perceived leadership strength and relative economic confidence, were exploited by the Conservatives. When it became clear that a Labour government might only come to office with the support of the separatist Scottish National Party, the Conservatives ruthlessly raised the spectre of a weak and economically incompetent alternative. This may have persuaded undecided voters not to risk Labour for fear of the so-called ‘jockalypse’. Add to that the fact that the economy is growing and that Labour failed to anticipate this outcome, or to come up with a convincing argument against it, and you have the main reasons why the conservatives did so much better than expected. In truth, it was difficult for many to see Miliband as a convincing PM, or to imagine how Labour and the SNP could cooperate given their history of mutual antagonism.

The Conservatives won despite the serious opposition to the right, I am referring to the United Kingdom Independence Party.If you combine the voices of these two right-wing parties, it turns out, almost half the electorate. It says about that the “conservative spirit” dominates today in British society?

You can certainly say that right wing arguments, e.g. the austerity narrative, and the perceived need to tighten immigration requirements have dominated political discourse and received some vindication from these results at least in England if not Wales or Scotland. I’m sure that future analyses will show that UKIP got votes from Labour and the Liberal Democrats on its anti-establishment and anti-immigration message, so it’s not so clear that a vote for UKIP is an endorsement of conservatism as such. However, these themes are dominant in London-based politics and mainstream media, which have long had a right-wing bias.

In your opinion, what consequences for the Labour carries May’s defeat? In the French press, in particular, there were many articles, authors say that by trying to return to a more or less “traditional Labourism Ed Miliband, likely to, The Labor Party again go right towards Blairism… What role is played the left wing in the Labour Party?

The consequences are catastrophic. This is a big defeat, something like 1983 when Labour didn’t win again for over a decade, although then they still had support in Scotland. Because of the electoral system, labour needs c 100 seats to regain a majority, which is next to impossible within one electoral cycle unless the Conservatives auto-destruct, e.g. over the forthcoming European referendum.

As for the need to go right, this is a facile argument that is made especially because it serves the interests of the Labour right in their bid for leadership. There is certainly truth in it, in as much as Labour needs to appeal to the centre and ex conservative votes to win a majority. But at the same time, one of the main reasons why it lost support in Scotland, is the perception that it had moved too far to the right and away from its traditional supporters. Moving to the right may help win votes in England, but hardly in Scotland or Wales and therefore won’t help in regaining a majority.

Blair was able to move to the right partly because he could take the votes of Scotland and the north of England for granted. By many of those voters have deserted Labour for the SNP or UKIP and won’t go back any time soon.

The issue isn’t so much left or right, as simply being better. Opinion polls showed that voters liked some of Miliband’s supposedly left policies individually, but they didn’t like the overall package. Labour struggled to come up with any convincing narrative and often looked very inconsistent, e.g. some higher tax policies but essentially supporting austerity.

It’s worth noting that Blairism as a project is tarnished and electorally toxic, mainly because of the Iraq war but also because of high centralism and social illiberalism. Blair’s Labour only scraped into office in 2005, having lost the popular vote in England. It got only 200 thousand more votes in Britain overall than Labour did in 2015 and actually about 30 thousand less in England. If it had lost many Scottish seats then as now, it would not have actually gained a majority even in 2005.

It’s also worth asking whether Miliband’s Labour, which supports milder austerity and mild anti- immigration rhetoric was even significantly more left than Blair’s, which after all supported dramatically increased spending on the state sector, windfall taxes, raising the minimum wage etc. 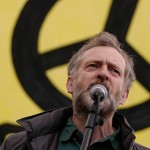 At the same time, the Labour left remains decimated and demoralised, despite Jeremy Corbyn getting on the leadership ballot owing to votes being donated from other candidates. Because of the electoral arithmetic noted above, a radicalisation of Labour positions won’t bring success either, because it won’t help win votes in the affluent and conservative South, even if the Labour left were able to achieve this radicalisation within their own party, which they won’t .

An added complication is that many traditional Labour voters express their opposition to globalisation via anti-immigrant sentiment and so are attracted to the appeals of UKIP, particularly in the North of England. The leadership which is more metropolitan liberal, struggles to understand this sentiment, let alone deal with it.

All in all it is not really about moving left or right, but coming up with a distinct identity that manages to blend these disparate elements into something which is sufficiently distinct from the neo-liberal Conservative party and which still manages to maintain continuity with the party’s past. It’s a similar problem as for social democratic parties across Europe, but with many specifics, especially because of the electoral system.

The historic success of the Scottish National Party, made it the third parliamentary force, interesting for us through the prism of that the first time such a big success in the parliamentary elections made the party to the left of Labourism, what are the most powerful, in your opinion, the sides and the initiatives of SNP?

The SNP is powerful at the moment because it does have a strong distinct narrative. That of national empowerment allied to anti austerity sentiment and a strong sense of social justice. It has some skilled leaders and is helped by the transition from the more bombastic and divisive Alec Salmond to the more consensual and social democratic Nicola Sturgeon. It has more strategic flexibility because unlike its main unionist competitors it isn’t beholden to the London leaderships, so it has been able to present itself as the most adequate defender of Scottish interests. Moreover, it’s been helped by very inadequate leadership from these other parties who have consistently dismissed what is happening on Scotland as nationalism. All this has allowed the SNP not really to face strong scrutiny for its day-to-day policies. Moreover the EU referendum will divert attention once again, and the implosion of Labour in Scotland will help the SNP maintain dominance for at least the next few years. The declining oil price and more fiscal autonomy for Scotland will test the SNP and because Labour failed to win in Westminster the SNP has very little influence in London. So this may presage bigger problems in the longer run.

Why is the United Kingdom Independence Party and the Greens failed to show a better result? How do you assess the results of elections for the radical left in the general scale of the Great Britain?

This is a matter of perspective, because in vote terms they both increased their vote significantly and UKIP by 10 per cent, but they failed to win seats because this vote was geographically spread and not concentrated in local areas which might help to win votes in individual constituencies.

For the Greens, they were weakened by a lack of media attention and a leader who was not a skilled media performer, so they failed to capitalise on the opportunities they did get. Nevertheless, their improved electoral result may help them win seats in future, particularly if Labour fails to sort itself out.

As for UKIP, it was a mistake for their leader Farage to say he would resign if he failed to win a seat, as this was never likely, and there were ways of portraying the improved vote as a victory snatched away by the corrupt political elite. Farage’s resignation followed by reinstatement has damaged the party but I wouldn’t rule them out just yet. They came second in a lot of places after all and the upcoming EU referendum offers them a significant spotlight, not least because c 60 conservative MPs more or less share their views.

As for the radical left, there is no other way of describing this as anything other than the usual disaster. Small organisations, such as Respect, TUSC, Left Unity etc. all failed to get beyond fractions of a percent and retreated in many places.

Moreover, even though the Conservatives have a small majority, the executive dominance in the Westminster system means that they may be able to pass significant anti-left legislation, e.g. Restricting trade union rights and making it illegal for governments to run a budget deficit in times of growth. The only real glimmer of hope is that winning the election was not the inevitable result of some grand plan but a surprise even to them. They are not uniquely foresighted or talented and the chances that they will mess up along the way are relatively high.