Hungary’s Brokerage Crisis: How Far Will It Reach

Note from the LeftEast editors: This text was originally published on the authors’s blog Global Social Change, dedicated to his book The European Union and Global Social Change: A Critical Geopolitical-Economic Analysis, Routledge 2009 , and is reprinted on Lefteast with the kind permission of the author. 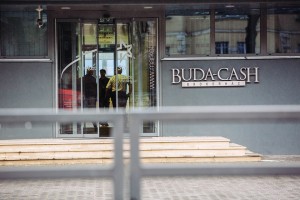 Hungary’s National Bank, in its capacity as financial regulator, has recently suspended a Hungarian brokerage firm by the name “Buda-Cash” for major irregularities. The claim is that the infractions unfolded over a period of more than ten years, and the estimate of the magnitude given by the regulator exceeds HUF 100 billion (approximately USD 371 million at the time of the announcement). That may not sound as a lot of money in the world of Big Finance

, but it is quite significant in small, semiperipheral Hungary.

The charges include guaranteed returns, unreasonably long lock-in periods (effectively preventing clients from being able to cut their ties from the brokerage

), both of which could be seen as clues pointing at a possible Ponzi scheme (where returns on earlier investments are paid from new revenues, rather than earnings

The shutdown includes the brokerage itself and a set of small local banks in Hungary that are owned by the brokerage, typically involved in managing finances

for municipalities of small towns and villages (which in turn include salaries for municipal employees as well as public public works and aid programs), and tiny-to-small, typically village- or small-town-based, local businesses. As of the announcement of the closure, none of those actors have been allowed access to their monies, threatening major wage arrears and a financially impossible deadend for many. The Tax Office

has announced that they will treat those whose monies are frozen in the crisis “with leniency.” What exactly they will put on the table, as of tomorrow–nobody knows. State guarantees for small deposits–a requirement for an EU-compatible economy–will kick in once the investigations into the wrongdoing are over, which could be, in the most unfortunate case

(that is, approximately 3 to 4 % of households). Not a small problem, by any measure. A more recent report suggests that about 70% of the funds are missing from the four smaller banks; the rest from the brokerage

A couple of things stand out as remarkable about all this.

First of all, it is the job of the National Bank as regulator, the authority that now claims major wrongdoing on part

, to catch such wrongdoing. Either the regulator–which now says the scheme may have been going on for more than a decade (!)–“fell asleep at the wheel,” as Lajos Bokros, former neoliberal austerity-finance

-minister and former member of the European Parliament has commented, or the brokerage

has operated a–hitherto–airtight, fully double bookkeeping system, one for itself, another for the regulator’s benefit. The latter would involve a mind-bogglingly complex operation–essentially the re-doubling of all operations at the brokerage

. This is not very likely, partly

because of the inordinate costs, partly

because of the high risk of being caught.

Either of those is the case, what is strikingly interesting is that, apparently, the regulator did not “discover” the irregularities at all; index.hu, a usually reasonably reliable investigative web portal reports that the case broke because somebody from the brokerage reported the irregularities to the National Bank–i.e., s/he made it impossible for the regulator “not to notice” them.

Given all that, what nobody talks about are some additional logical possibilities. I will list some of those I can think of, in no particular order. (This is not an exhaustive list, obviously.)

Next, there is a major question concerning the ripple effects of this crisis. Giving away both the slowness and the lack of proactiveness on part of the media sphere in Hungary, as yet, nobody is really talking about this there. I will mention three points here. 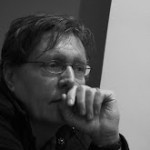 József Böröcz is a professor of Sociology at Rutgers University. He is a member of Public Corporate Body of the Hungarian Academy of Sciences, an executive board member and a faculty affiliate at Center for Migration and Development, Princeton University, the head of the Advisory Board at Karl Polányi Institute for Global Social Analysis, Corvinus University, Budapest, and the past director (1995-2007) of the Institute for Hungarian Studies at Rutgers University.