Note from the LeftEast editors: we post this comment written by an author with pseudonym Quincey, first published on AnalyzeGreece. We are looking for more analyses and reactions on the electoral results in Greece in the following week, so if you have authored anything or are planning to do so, consider submitting it to lefteasteditors [at] gmail.com 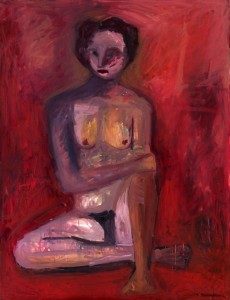 Some first thoughts on the electoral outcome:

1. First and foremost, it is a triumph of Tsipras. Not of SYRIZA. Tsipras’ party is a shadow of its previous self. Tsipras, despite that he had no party mechanism to assist him, no real narrative to sell, waged a tremendous victory, destroying once again his opponents. We already knew (from the Referendum days) that he is a formidable ally, now we have to treat him the way he deserves: as a formidable opponent.

2. Contrarily, the Popular Unity and the Left in general (KKE’s performance was also disappointing), suffered a humiliating defeat. PopUni had several ministers, some 30 MPs, trade unionists, activists, and some really famous people (Banana Zoe, Glezos, even Varoufakis offered his support a couple of days ago) in its ranks. Still, it got choked to death by cunning Tsipras and his crew.

3. In the days that will follow many reasons will be found (or invented) to explain the defeat. Lafazanis’ lack of charisma, their unpreparedness for the elections, their arrogance, and so on. I am afraid, though, that what we’re facing is a paradigmatic change: The “memorandum vs. anti-memorandum” axis, on which Popular Unity based its reasoning and which had dominated the Greek political (and social) scene for the last few years, seems no longer valid. After Tsipras’ capitulation, the people (or at least those who bothered to go and vote) seem to have succumbed to the grim fate of being ruled by suit-wearing Troika officials. All that was left to choose was the local representative. In this context, the Tsipras victory (when compared to the alternatives) is good news, at least in what concerns social rights, the refugee crisis and so on.

4. If this is the case, and given that the battle of Greece is far from over (Tsipras and co. will have to pass 130 (!) troika-imposed measures by the end of the year, just to bring an example) unavoidably life will bring along new questions and axes around which social contention will be organized.

5. But, let’s face the truth, we are starting this phase of the struggle from a tremendously weakened position. The Referendum’s OXI has been wiped out of the political history (in the Parliament, it’s only Golden Dawn to stand by it), the transformation of SYRIZA to a post-modern version of Partito Democratico has been completed and KKE is as toothless as always. What is left is a tired and weakened protest movement, some thousands of “homeless” activists and former party officials – and, of course, the unprecedented abstention (which MIGHT indicate that there’s some social currents which did not find a way to express themselves in these elections).

2 Responses to Greece: first thoughts on the electoral outcome