Electoral Advance For The Radical Left in Croatia 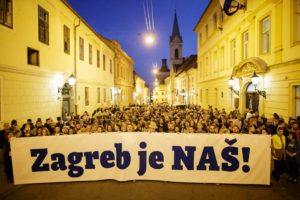 Local elections were held in Croatia on May 21st. This was the first time since the 1990 that the radical left has made significant gains, which is especially encouraging in light of the probable parliamentary snap elections in September.

In the capital of Zagreb, the wide left front (consisting of five, mostly new or newish, parties – ranging from left liberals to anti-capitalists) got 7,64% in the elections for the city council (around 24.000 votes). In lower levels of local government, the left front “Zagreb je nas” had even better results – close to 30% in some cases. 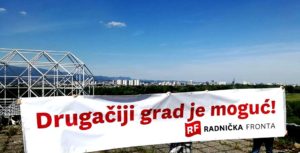 In the second largest town in Croatia, Split, the coalition of the Workers’ front with a left liberal/social democratic party got 4,36%, staying just a couple of hundred votes from the 5% threshold for the city council.

These results may not seem spectacular, but they’re the highest results the radical left has won electorally in the 27 years of post-socialist Croatia and they indicate a strong tendency in the rise of the left vote – and a good sign for the upcoming parliamentary elections.