Adela Gjorgjioska is a researcher based in Skopje. She has a PhD in Social Representations and Communications, with a dissertation on the ideological functions of positivist social psychology. Her research interests include international political economy in the context of the Belt and Road Initiative, social representations of China and the BRI amongst the Western left and critical (social) psychology. 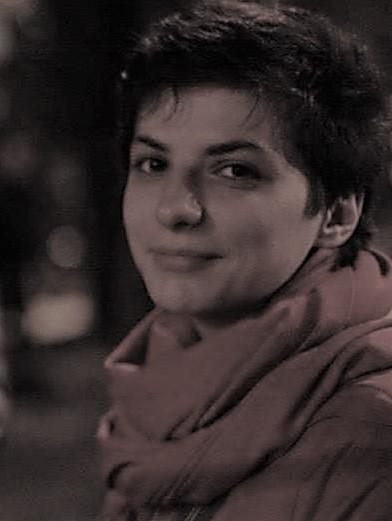 Alex Ghit is a post-doctoral researcher, writing on women’s labour activism in tobacco cultivation and processing in Romania (1890 to 1990). She has a PhD in Comparative Gender Studies from Central European University, with a thesis on the gendered, austere “mixed economy” of welfare provision in interwar Bucharest. She also writes about communists and women in Transylvania (sometimes at once). Otherwise, she tries to understand and keep up with feminisms in Eastern and Western Europe.

Mariya Ivancheva is a Lecturer in Higher Education Studies at the University of Liverpool. She has done research on the Bolivarian higher education reform in Venezuela (CEU, 2007-2013), the casualisation of labour in the post-2008 university sector in Ireland (UCD 2014-2017), and the impact of digital technologies on academic inequalities in South Africa and the UK (University of Leeds 2017-2018). She has published and presented widely on legacy and present of social/ist movements and the role of universities and academics in processes of social change. She is a founding member of the LeftEast platform and is active in the Bulgarian Left-feminist group LevFem. You can follow her at @mivanche.

Konstantin Kilibarda is a PhD candidate in Political Science at York University. His dissertation addresses neoliberal restructuring in Montenegro and its impact on working lives and notions of citizenship in the newly independent state. His work also explores the links between postsocialist and postcolonial spaces. You can also follow him at @kolekili

Mary Taylor is Assistant Director at the Center for Place, Culture and Politics, Graduate Center, City University of New York. Mary received her PhD in anthropology from the Graduate Center of the City University of New York. Her research focuses on sites, technologies and politics of civic cultivation, social movement, and cultural management; the relationship of ethics and aesthetics to nationalism, cultural differentiation, and people’s movements in socialist and post-socialist East-Central Europe and the United States. She specializes in studying, theorizing, and organizing radical and alternative pedagogical activities under different conditions of urbanization. 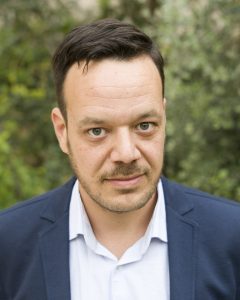 Matan Kaminer is a political activist and anthropologist. He has been active in the Israeli conscientious objection movement and Palestine solidarity work, in national and municipal electoral politics, and in organizing with migrants and refugees. He has a PhD from the University of Michigan, with a dissertation on settler-farmers and migrant farm-workers from Thailand in Israel’s Arabah region, and is currently a postdoctoral fellow at the University of Haifa. Matan is a member of the board of Academia for Equality, an organization for the democratization of Israeli academia and society. 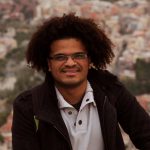 Philippe Alcoy researches and writes regularly on news and the history of the Balkans and Eastern Europe. Recently, he published “Hongrie 1956: les jours où les travailleurs ont défié le stalinisme” about the Council Revolution of 1956 in Hungary. He is member of the editorial board of the French website RevolutionPermanente.fr and of the  Revolutionary Communist Current of the New Anticapitalist Party.

Rossen Djagalov teaches Russian and Slavic Studies at  New York University. Formerly an organizer for Yale’s graduate student union (GESO) and currently a member of DSA, he works on international leftist history and culture. He is the author of From Internationalism to Postcolonialism: Literature and Cinema between the Second and the Third World (2020).

Vladimir Unkovski-Korica is a member of Marks21 in Serbia. He is a historian and researcher who is currently Lecturer in Central and East European Studies at the University of Glasgow. He is the author of The Economic Struggle for Power in Tito’s Yugoslavia: From World War II to Non-Alignment (2016).

Agnes Gagyi is a social movements researcher focusing on Eastern European politics and social movements in long-term global historical perspective. She is member of the Working Group for Public Sociology “Helyzet”.

Ilya Budraitskis is Moscow-based historian and political writer. He is current member of editorial board of Openleft.ru and Moscow Art Magazine.

Volodymyr Ishchenko is a research fellow at the Institute of Slavic Studies, Technical University of Dresden. His research focuses on protests and social movements, revolutions, right and left politics, nationalism, civil society. He has authored a number of articles and interviews on contemporary Ukrainian politics, the Maidan uprising and the following war in 2013-14 for various publications including The Guardian, New Left Review, and Jacobin. He is currently working on a collective monograph “The Maidan Uprising: Mobilization, Radicalization, and Revolution in Ukraine, 2013-14”. He used to be a member of various new left initiatives in Ukraine and a founding editor of left-wing intellectual publication Commons: Journal of Social Criticism.

2 Responses to Editorial Board