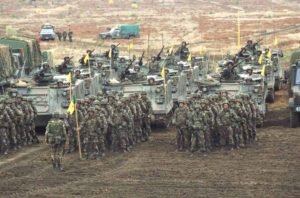 Bureaucratic structures literally swallow human lives like brutal, hungry monsters. That is especially the case with military and intelligence structures. The stronger the state bureaucracy, the more damage is done to individual conscience and collective liberty.

The Great Powers are the champions of destruction whether they identify themselves as the liberal democratic, or the conservative patriotic. In the essential functioning of their military and intelligence organizations, there is not much difference. Countless memoirs of retired officers and agents prove the point.

I regularly read them side-by-side. The retired CIA station chief in English together with the retired KGB rezident in Russian. There was even a period of time, immediately after the collapse of the Soviet Union, when the former “main enemies” became friends. There are photographs of their socializing in Moscow and Washington, DC. But this period did not last long. It went directly against the logic of survival of their former organizations.

Both the CIA and the KGB (now, the FSB), just as all the other twilight bureaucracies across the world, once they are formed, seek to continue their life and work at any price. They have to justify their existence in the eyes and minds of those whose interests they claim to protect and on whose work they subsist. The only way to do so is either to create new enemies, or resurrect the old ones.

John Rizzo, the recently retired CIA chief lawyer, openly talked about that in a recent interview. He said that after the end of communism, CIA found itself in deep trouble. “The budget was cut, good candidates did not apply anymore… it became boring and monotonous … we were abandoned… there is nothing worse than that.”

However, after the 9-11 attacks, the situation changed dramatically. “Those seven years after 9-11 were the most exciting time for the agency” – confessed Rizzo. The new enemy, so-called Islamic fundamentalism, then under the guise of Al-Qaeda, now under the flag of ISIS, injected the depressed and rapidly aging agency with the elixir of youth. With the support of a scared population and a fearful Congress, huge amounts of money once again began to fill the coffers of the military-industrial-intelligence bureaucracies. From planes and drones to the most sophisticated eavesdropping technologies, there was money for everything. Soon enough, wars started – Afghanistan, Iraq, Libya, Syria, Ukraine. Both the CIA leadership and its rank-and-file were again in the center of attention. And in the driver’s seat. It was “boring” no longer.

A similar process took place in NATO as well. It’s only that in this rigid and corrupt Brussels bureaucracy, there was not enough creativity to make up a new enemy. So they had no choice but to revive the old one, the “barbarians” from the East.

The wisest U.S. foreign policy experts, the ones who brought the U.S. to victory in the Cold War such as George Kennan, warned that the expansion of NATO could lead to a serious political destabilization in Europe. But nothing helped: they were ignored. The voice of reason was deafened by the siren song of weapons profiteering.

This is why the eastern borders of the states of Eastern Europe are now turning into military fortresses and dead zones. Ironically, they are suffering the fate of their western borders during the days of the Warsaw Pact. And the citizens are hardly better off. The “benefits” of the occupations for the occupied are always the same. Though the red flags are gone and the Lenin monuments taken down, the same reality of being controlled from the outside has not gone away.

The process of militarization is proceeding unimpeded. This year, the Obama administration increased the military budget earmarked for Eastern Europe four times. Additional 5,000 U.S. troops will be deployed in the region. It’s already clear that the Russians are undertaking reciprocal measures. This means that further incidents and provocations and even violent confrontations in the border areas will multiply. The wide geographical arc from the Baltic to the Balkans will be affected. Moldova and Macedonia may soon share the fate of Ukraine.

And, even if, by some miracle, blood is not shed, the fragile democratic regimes in Eastern Europe will be fatally undercut by the ubiquitous presence of foreign military personnel and endless drills and exercises. NATO forces have already begun making political pacts with the most reactionary political elites. All those who rebel, even if the protests are non-violent, will be severely punished and declared the enemies of the state. Welcome to the new Eastern European fascism! 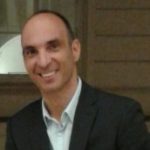 Filip Kovacevic is a Montenegrin university professor, geopolitical analyst and the chairman of the Movement for Neutrality of Montenegro (www.mnmne.org). He currently teaches at the University of San Francisco.