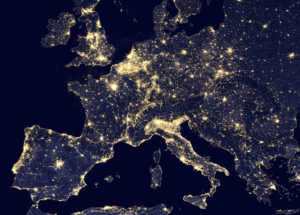 Note from the LeftEast editors: As a part of a broader series of comments and analyses from different actors and groups in the Romania Left about the recent protest wave in the country, we are now publishing the policy statement/manifesto of the new left formation DEMOS. DEMOS is a leftist and environmentalist political platform from Romania established in 2016. Its members, previously active in various social movements and campaigns, decided to form it as a response to the growing inequality, severe poverty, destruction of the public goods and services and environmental degradation in the country, issues which are ignored by the existing parties. DEMOS also stands for a new form of democratic politics that aims at social inclusion, justice and equality in rights and opportunities for all citizens. Currently working as a civic platform, the groups aims at becoming a party and run for the next elections.  Follow them through hash tags : #democratie #solidaritate #demos

The future of the European Union is currently debated and questioned by the European political forces. The result of this debate will be the new European political normalcy for decades, and will heavily influence Romanian society. Unfortunately, the Romanian political parties are confused and lack a clear and cohesive vision on the social, economic, and political implications of the European project. At this crossroads, DEMOS firmly stands for strengthening the social dimension of the EU, the national and community democratic mechanisms, as well as their capacity to protect fundamental rights and freedoms.

Over the past few years, the Union has mainly focused on consolidating the European Single Market and on neoliberal economic reforms that have eroded welfare and solidarity in the Member States. The weakening of democratic mechanisms, the undermining of employees’ rights, the austerity in times of recession, the imposition of market principles and of privatization on public goods, the disregard for poverty in both Eastern and Western​ Europe are just a few of the damaging consequences of this political direction. The Brexit referendum, the rise of right-wing eurosceptics, the isolationist practices of the Visegrad Group countries (The Czech Republic, Poland, Slovakia and Hungary) are the perverse effects of this imbalance, with the eurosceptics promoting the simplistic and mistaken idea that the political failures in EU countries can be exclusively explained by the Union’s deficiencies, and that the weakening or dismantling of the EU will solve all these problems.

While not considering the EU a perfect or ideal construction and taking note of the inadequacy of neoliberal policies, we affirm that breaking up or reducing the Union to irrelevance would be a disaster of historic proportions. The multiple crises affecting the EU can be an opportunity to reduce the gap between the two Europes: Europe-the-market and Social Europe. Beyond all its problems, the EU has been the main pillar of peace and prosperity on the continent in the post-war period and of democratic construction in Eastern Europe after 1989. These are accomplishments upon which we can rebuild a more democratic and solidarity-focused Union than the one existing today. A restating of Romania’s position towards the EU should start from the principle that the Union is not just a market, rather a space of values, of which social cohesion becomes essential in the new economic and geopolitical context.

Hopelessness and the lack of opportunities for a considerable part of the European citizenry, especially on the periphery, is real and should be admitted as such by those responsible at the Community level. Yet the strategy applied so far, promoting austerity and the dismantling of Social Europe, with the excesses of the majority of the Central and Eastern European countries, including Romania, cannot continue. On the other hand, Brexit-type scenarios or hostile reactions towards any kind of continuation of the integration process will only serve to deepen the crises, especially the social crisis.

Romania is a European country, with strong ties to the continent based on its history, values, interests, and, most importantly, millions of citizens working and educating themselves in other Member States. The transition has yet to bring an equitably distributed prosperity to Romania. For instance, the level of wage inequality is higher at present than in 2007, when Romania became an EU member: https://goo.gl/kxeetb. According to Eurostat, Romania continues to be one of the countries with the highest risk of poverty or social exclusion (37.4%). European integration has brought work opportunities to many citizens, but it hasn’t created mechanisms to protect these citizens; it opened a common market, but it did not encourage producers’ access to it. The responsibility for failing to build a high-performing system with high levels of integrity, and of a socioeconomic system that would reduce the huge social gaps separating us from western societies resides, however, with the Romanian political and economic elites. The fact that other countries in the region (the Czech Republic, Slovenia or Slovakia) consistently report social cohesion indicators well above the average Union levels shows that being from the East, being a formerly communist country, does not necessarily mean you are condemned to a socioeconomic system that excludes the greater part of your citizens. Social investment and low inequality complement an economy based on high productivity and high wages. The socioeconomic system of stagnation and inequality that the Romanian elites have maintained is not an inexorable fate but a regrettable political decision.

Therefore, it is fundamental for us, as a country, to stay close to the European project. We must both support the necessary reform of the EU and start a major economic and social growth process, one that will foster inclusiveness, bring prosperity, social justice and equal opportunity to all Romanian citizens, regardless of their place of birth or residence. The two dimensions are interconnected – without a strong Union, especially on the social level, building a more prosperous and inclusive Romania will not only be difficult but close to impossible. In Romania, capital returns represent around 60% of the gross national income, and the workforce only gets around 40%, the reverse of what usually happens in older Union Member States. We believe that reversing this ratio cannot be done without a more social Europe, regardless of the amount of political will on the national level. From this point of view, the European strategy of Romania, as a less developed country with more social inequality, should be that of creating transnational alliances with the European actors demanding a more social Europe.

The priorities of Romania’s European policy, in DEMOS’ view, are the following:

The defensive reactions and the moral critique that are specific to right-wing eurosceptic populism are not solutions to the problems that the EU members are facing. Only measures to consolidate the social Europe – such as those mentioned above – would be able to ensure European citizens that the Union can be a source of systematic and effective protection against the dislocation and disparities produced by the common market and by the changes in the global economy.

The European Union is a continuous guarantee that authoritarian missteps can be limited, that fundamental rights are respected and that there are robust protection systems for individuals and communities. Romania has an important maneuvering margin, but it also has a greater development gap to overcome. It is up to us to mobilize in a bigger project, in which the Union can be both framework and pillar of support.