Common Statement of the Revolutionary Marxists from Russia and Turkey 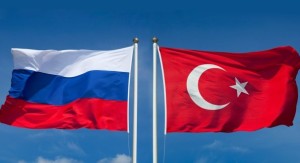 After the aircraft SU-24 Russian fighter was shot down by a Turkish Armed Forces missile on November 24, on account to the fact that it violated Turkey’s air space, it can be certainly said that the relations between the two countries took a new dimension. This event, in fact, is the expected result of the clash of two opposite strategies in terms of the civil war in Syria.   Putin’s military interventionism towards protecting Assad dictatorship was undoubtedly unacceptable for Erdogan, who does not hesitate to openly collaborate with jihadist gangs to overthrow the regime in Damascus. However, the tension had been postponed as far as possible and had not turned into an open confrontation due to the dependence of Turkey to Russia in terms of energy and Turkish Stream, the natural gas pipe line project. Yet, it was not really likely to keep the ties unbroken considering the chaotic geopolitical game of which Syria lies in the center. By shooting down the Russian aircraft, Turkey intended to intimidate Putin in a way that he might get in conflict with not only Turkey, but also NATO. Putin, in return, responded with a showdown which would prove that he might run the risk of anything.

It is important to mention that whatever there was that brought Putin and Erdogan closer to each other in terms of their styles of politics, became the determining factor in the occurrence of this conflict. This is a combination of a megalomaniac perception about the historical role of themselves, a nationalist rhetoric and imperial ambitions in the foreign policy. It is interesting enough that the argument Turkey raises about the “Turkmen brothers” in the northern Syria highly overlaps Putin’s demagogy in which Ukraine is a part of an ethnic and cultural “Russian world” which goes beyond the Russian borders.   Under this regional tensions and circumstances, we, as revolutionary Marxists from Russia and Turkey, say no to the aggressive policies, military attacks, interventions or ambitions of our governments, whether in Syria, or in Kurdistan, Ukraine or in any other part of the world. It is more significant than ever to raise our voices and rise up against war and nationalist and militarist dominance.