A Nation of Masters?: Dispatches from the Frontlines of the Bulgarian Memory Wars 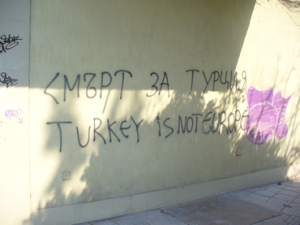 We are grateful to Bilten, where this article will appear in BCS.

A few years ago, the Bulgarian sociologist Andrei Raitchev observed that with the establishment of a broad consensus among all parties on the necessity for liberal pro-market reforms, the only scope left for political antagonisms properly so-called, is the past. If the future is irreversibly locked for liberal democracy, then parties can project and act out their differences on the terrain of conflicting interpretations of the past. For example, in 1990, a public debate erupted whether there had been fascism in Bulgaria, or whether fascism had just been a retroactive invention of the Bulgarian Communist Party with which to provide legitimation for its own illegitimate take-over of power. In the post-political situation, politics is not politics, if not of memory.

In the past few months, Bulgaria has been going through another phase of polemic reflections on key episodes of the nation’s history. In this article, I will focus on two examples: the first part deals with the battle for the definition of the Ottoman period, and the second – with the struggle for the preservation of the heritage of ancient edifices, as well as 19th– and early 20th-century buildings. Let the vastly disconnected historical periods these struggles address not deceive you. The politics of memory seems to have the magnificent effect of condensing historical time into a cluster of events derived from a single problem. The common denominator flattening out these specific historical periods is communism. The common objective in the current revisionist drive – decommunization of memory.

Let’s start with the Ottoman controversy. It has two components. Firstly, in January 2016, the ministry of education proposed changes in school plans. In addition to the introduction of “entrepreneurship” for second-graders (which was welcomed by the media, which for me is the real scandal), the ministry proposed to move the study of the first Ottoman-era history of Bulgaria, written in the 18th-century by a monk called Paisii Hilendarski, from the sixth to the ninth grade. The ministry’s justification was that the work is too complicated and would be better understood by more mature pupils. This explanation arrived a tad too late, though: only after some nationalist media outlets described the move of the ministry as “they are replacing Paisii with Robinson Crusoe!” This sparked a number of very extravagant protests such as a competition for hand-copying of Paisii’s work by school pupils. The content of textbooks is a sensitive issue and this is not the first time when changes in the program are perceived as a “threat to national identity”, “de-bulgarization of our children” and suchlike. PM Borissov reacted to the scandal by asking for the minister of education’s resignation via a facebook post. (This minister has embroiled himself in a number of scandals; for example, once he explained to chemistry pupils that Frédéric Joliot-Curie is not a real scientist but was celebrated in Communism only because of his participation in the Resistance.)

The second component of the Ottoman history scandal was triggered by the prescription of the ministry for the teaching process and its outcomes for six-graders. This is what the ministry expects from pupils to know at the end of the school year:

To describe the structure of the Ottoman empire (OE).

To describe the place of Bulgarians within the system of the OE.

To discuss the Bulgarian resistance against the Ottoman authorities.

To give examples for the cohabitation between the traditions of Christians and Muslims in everyday life: holidays and customs, in dwelling, attire, food.

To discover, according to given guidelines, asynchronicity between the societies in the OE and Western Europe in the 15th century. (emphases added)

The penultimate passage about “cohabitation” sparked indignation as nationalist media interpreted it as an attempt to replace the expression of “Turkish slavery” used in common parlance apropos the Ottoman period with the perceived “politically correct” one of “cohabitation”. The patriotic outrage was again significant and prompted a score of liberal intellectuals, journalists and historians to confront the nationalists.

Some historians produced a petition defending the freedom of their discipline from political interventions. (However, when the President Plevneliev led a campaign for the inclusion in textbooks of the correct interpretation of the “crimes of Communism”, this produced no comparable defensive reaction on the part of the historians). They also assumed a didactic position, explaining to everyone that because Bulgarians under Ottoman rule paid taxes and owned property, technically speaking, they were not really slaves, “slavery” being simply the metaphoric rallying cry of 19th-century intellectuals and national liberation heroes, and as such should not be taken literally.

The liberal journalists also took an enlightened stance, arguing the ministry could not have intended the perceived replacement of terms since in the document ‘cohabitation’ refers only to everyday life, whereas resistance to the Ottoman Empire still occupies an important place in the curricula. Ruling out the whole scandal as a nonevent, journalist Ivan Bedrov nonetheless ventured an ‘explanation‘ for the crisis: the European Commission had just produced a very negative report on the progress of Bulgaria in the fight against corruption, and the polemic must have been deliberately created in order to distract the public from “what really matters”.

Some liberal intellectuals approached the issue in normative terms. They moralized the Bulgarian people for their alleged passion for slavery and argued that the Bulgarians do not want to give up the status of slaves because this gives them convenient excuses to not take personal responsibility for their lives and their country now. Building on that critique, some academics, for example, social anthropologist Ivailo Ditchev, argued that we should replace the national glorification of the slaves with a more positive identification with the Bulgarian upper classes in the Ottoman Empire. He blamed communism for the former: “[t]]he biggest damage was inflicted by the communist ideology. It tasked itself with finding ancestors of the proletariat, which means those poorest, unhappiest, most exploited people, who are expected to upend history [..] The slaves are the future proletariat, incidentally referred to in the International as “Stand up! Ye wretched ones who labor,/ Stand up! Ye galley-slaves of want.” So, instead of this self-victimizing communistic identity, we should learn to identify with the Bulgarian elite during the Ottoman Empire: “tradesmen, artisans, teachers, writers.”

He urges us to “imagine the chorbajia [the Bulgarian agrarian proto-capitalist] not as necessarily a predator—as we usually do—but as someone who gives his workers soup [chorba is the Turkish word for soup], which made him a man of charity.” Describing as “Leninism” the hypothesis that without slavery, there could not have been a national revolution, Ditchev states that slaves, as well as proletarians, are historically less likely to stage a revolt, which is actually the domain of the educated and middle classes who alone have reached a certain “socio-cultural level,” which helps them “recognize leaders and build political institutions.” What level? Ditchev explains that by the 19th century the Bulgarian parts of the empire suddenly experienced a more rapid capitalist (and cultural) development than the other parts of the empire, and that is why the classes most benefiting from this development embarked on a struggle for breaking up from “backward Anatolia”.

What is most amusing about this utopian fantasy aiming to refocus the national identity from the slave to the master is the literal reproduction of two central themes for both nationalist and communist thought which Ditchev is otherwise explicitly against. Namely, the contemptuous monicker of “Anatolia” used by nationalists to level Turkey into its putatively most underdeveloped region. And secondly, the idea that “the most progressive classes” in the Bulgarian parts of the empire triggered the national-liberation movement is actually a common way of interpreting these fateful events from a Marxist perspective typical of official Communist historiography, which relied uncritically on Marx’s notion of the “Asiatic mode of production” to make sense of the Ottoman empire. It seems that Communism indeed lives on. Only not where its adversaries imagine it. It lives in their own unreflected-upon assumptions, rather than in the alleged “communistic mentality of the masses”, which intellectuals regularly repudiate.

Another commentator also took aim at the communistic mentality of the scholars. Daniel Smilov, a mainstream political scientist directly accused Marxism for the persistence of the term “slavery”. However, this is not Marxism “as a theory” but Marxism as “subconscious remainders” of the base-superstructure metaphor, which have led many historians to use the incorrect term “slavery” because it refers to a mode of production rather than “political power” (e.g. “Roman Empire”).

Commenting on the Paisii controversy, Ditchev argues that a hypothetical removal of the lesson about the Enlightenment would not trigger opposition from nationalist parents and teachers. He adds that he prefers to see pupils who know their lesson about Romanticism, etc., rather than all these “things national”. This was also the opinion of Christian Takoff, a professor of Constitutional Law and a leading activist in the 2013 anti-governmental protests (his most famous proposal apropos the post-2013 political crisis in Bulgaria was to privatize the State Prosecution). He cast his idea for a less nationalistic education as a desire for pupils to read classic European literature instead of the local, Bulgarian classics.

What these pleas for more Europeanization miss is that the Bulgarian curricula are already premised on an avowed West-European bias. For example, pupils are taught about the “Great Geographic Discoveries” (and next to zero about European colonization from the point of view of the colonized). Or consider the quote from the ministry above, about the assumed “asynchronicity” between the West and the Ottoman Empire. This is a purely Western-centric prejudice about the Empire as a hotbed of “backward Asiatic despotism”. An article by a historian in the youth magazine klinklin.org similarly argued that we had a “delayed” Renaissance because of the Ottoman Empire, as if “Renaissance” somehow expresses the objective logic of history as such and is something which every nation is expected to go through, and not a specific moment in Italian history. (This was the prevailing logic during the Charlie Hebdo debates, which directly accused Islam for the attacks and sought the reasons for them in its supposed lack of modernization a la European Renaissance and Reformation).

To conclude, I take these debates as a clash between two nationalisms: a liberal pro-European and elitist nationalism which wants to substitute “a nation of capitalists” for the popular, lowly nationalism of the “slaves-proletarians” who are thought to persist in their irrational attachment to “slavery” inherited from Communism in order to ditch responsibility for their lives. In the second part of this article, I will discuss the polemic between the nationalist and liberal camps with regards to conservation of the built environment and the role of communism in it. 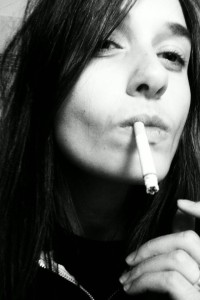 One Response to A Nation of Masters?: Dispatches from the Frontlines of the Bulgarian Memory Wars