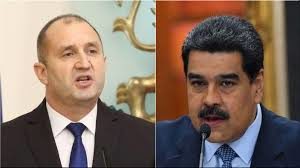 1. Has the government in Bulgaria country taken an official position regarding the situation in Venezuela? If yes, what is the position?

In Bulgaria the Venezuelan crisis produced a somewhat unexpected cleavage between the government and the opposition. I say somewhat unexpected because Roumen Radev, the President elected from the mandate of the Bulgarian Socialist Party which has deferred any position on Latin American politics, took a stance in support of President Maduro and against the intervention of the US. He said that the events were a matter of concern with risk of escalation of violence and called for rapid transparent elections and dialogue between the government and the opposition in the name of peace. Unlike him, the government – unsurprisingly – took the stance of the core EU countries and announced support for Juan Guaido’s self-declared presidency. What is interesting however, is why did BSP’s President declare himself in favour of Maduro. After all, like most ‘socialist’ parties BSP is socialist by name only. It is a hard-core neoliberal, oligarchic party with links to privatisation of services and industries and serving the interests of big business and mafias. It is also an increasingly nationalist party that has more recently made clear gestures calling a coalition the so-called Patriotic Bloc for coalition talks. The Patriotic Bloc consists of right-extreme openly anti-migrant, Romaphobic, anti-Muslim, and tongue-in-cheek anti-Semitic parties. BSP has also taken very anti-feminist views and – despite led by a woman – has been against the Istanbul convention and went in a crusade for “traditional family values”. So all that said, the idea that this party, or the President that represents it, stands behind Maduro means little both about BSP’s commitment to socialism and for Maduro and the Venezuelan United Socialist Party (PSUV)’s adherence to a socialist tradition… It’s actually quite sad that after years of silence about Venezuela, it’s only now when its socialist project is so badly compromised, that parties such as BSP with stable position e.g. in the European Socialist Party (PES) family, are speaking up in its support. Not only is it too little, too late, but it’s almost a parody thinking that the two socialist parties have become covering up economic crime and lack of political legitimacy under the aura of their more glorious pasts.

2.What does this (fail to) reveal about the foreign policy/international standing of Bulgaria?

Another important message that’s taken from this crisis is related to the way in which the Bulgarian political class relate to international affairs. Again, little surprise that Boyko Borissov’s GERB is so subservient to the EU stance. Bulgaria has been the poster-child of servility when it comes to the EU. Of course that does not mean that it has been fulfilling its commitments when it comes to fight against organised crime and corruption or following regulations on ecological issues in which over-constructed Bulgaria has an absolutely appalling record. But it feels at times that we’re off the loop of real structural EU sanctions when it comes to these violations of EU regulations, exactly because our political class has been so slavish when it came to issues such as foreign policy on war, border control and intervention into countries led by the global powers. In the same way, the BSP position cannot be seen as an autonomous political position without implication of foreign partners. The usual suspect in this case is clearly Vladimir Putin’s Russia – a power to which subsequent BSP governments have been subservient to in terms of the economic sector especially in the energy sector, while also keeping to EU commitments. What is symptomatic and concerning in such cases is that semi-peripheral countries as Bulgaria and Venezuela hardly ever develop independent political and economic relations, but always remain connected to bigger power blocs and their interests. In a way the parallel there is with the Greek crisis in 2015 when Bulgaria and other Balkan countries stood with the EU instead of backing the government and people of their neighbour. In the case of Venezuela risk of taking a stance is lower and so are the stakes for a country as Bulgaria, so the cleavage is less about a moral stance to the Venezuelan crisis but realignment with power blocs.

3.Have left groups/parties/movements come forward with a position on Venezuela?  If yes, what has their position been?  What does this (fail) to reveal? 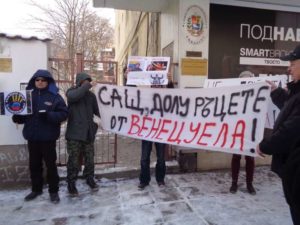 Again, as in many Eastern European countries, and outside the BSP, Bulgaria only has a handful of Left-wing groups, mostly not in any significant number or activity. Venezuela has been the matter of debate in the past, especially around movies screened and reports from research done by Bulgarian researchers in Venezuela (including my research on the Bolivarian higher education reform, and the study on housing struggles in cooperation with Stefan Krastev). Yet, the current situation is difficult to take a clear stance on beyond declaring oneself firmly against foreign intervention. The tiny New Left in Bulgaria is currently very split and thinly spread working on topics as anti-Nazism, feminism, and tax justice. Venezuela is not high on the priority list. Still, the one group that has been active in covering the happening in Venezuelan events and the Bulgarian position thereon has been the web portal Baricada, where most up-to-date original analyses of contemporary Latin America have appeared over the last years. Baricada has mostly kept an objective position as a reporting site, and has also featured a number of interviews with the Bolivarian Republic’s ambassador Orietta Caponi – an obvious source on the government’s official position ignored by most mainstream media. There was also a protest organised by a number of tiny Left-of-centre groups and sympathizers – a handful of people gathered in front of the Venezuelan embassy in Sofia. This demo, not big in its count, was – to my mind at least – a bit problematic in its message. It did not simply express solidarity with the people of Venezuela and a stance against foreign intervention, but also featured posters in support of President Maduro himself. While the former position is necessary, for me as someone who has stood up for President Chavez and Chavismo in the past, by now the glorification of the mostly failed Presidency of Nicolas Maduro is counterproductive, and should not be a stance taken by the Left. There is a huge difference between calling elections and validating a leadership that comes from them on the condition it continues dialogue with and respects the democratically elected National Assembly, and supporting a leadership with eroded democratic legitimacy. Rejecting Juan Guaido and foreign intervention should not equal uncritical support for Nicolas Maduro.

4.Do you see any parallels/differences in what is happening with Venezuela now to any moment in the development of state socialism in Bulgaria?

The situation reminds me somewhat of the 1996-1997 crisis in Bulgaria that resulted in the full embrace of neoliberal reforms, privatisation and Euro-Atlantic integration of the country, which brought us to the crisis we are living now. The build-up was complicated. Before 1989 Bulgaria was borrowing increasingly from Western and Japanese banks and the debt was becoming unmanageable. With the fall of the Berlin Wall Bulgaria stopped servicing its debt to foreign banks and the first BSP government after 1989 applied for a membership in the International Monetary Fund (IMF). Over the next years Bulgaria saw scores of supervisory missions by IMF on fiscal and central bank operations, foreign exchange management, and two stand-by agreements (1991, 1992). These were happening against the background of the end of COMECON (Council of Mutual Economic Assistance), rising energy prices due to Persian Gulf crisis, the UN embargo on Yugoslavia, the Greek embargo on Macedonia, Russia “gas agreement” with Bulgaria done for Russia’s benefit. So the country could not repay the debt, and went on borrowing further from the World Bank, Japanese and other banks. So in 1996 under a new BSP government a financial crisis and economic crisis collided as foreign markets were squeezed and repayment balance worsened significantly just in a couple of years. The BSP government was trying to subsidize losing enterprises with private ‘credits’ from banks but did not have any plan of investment or getting out of the crisis. The government tried to control prices but still a crisis of grain and further food shortages emerged. By 1997 a parallel banking crisis also emerged as the government continued ‘credit injections’ to losing firms without any mechanism of credit repayment and bankruptcy reinforcement, which led fiscal deficit, the bankrupt of scores of banks in mid-1996, and the loss of many families’ savings and property to ‘credit millionaires’ and pyramid schemes. As a result in the first five months of 1996, the Central Bank’s foreign exchange reserves and the exchange value of the currency (the lev) both fell by half. Meanwhile, the IMF carried on transferring installments until the BSP government came to power, when they refused (on political grounds) to transfer the next installment of the stabilization loan. In a colonial gesture in November 1996 an IMF led delegation made a press conference in Sofia to announce that the IMF was asking the government to establish a currency board arrangement as the basis for monetary policy. By placing a strict legislative limit on the issuance of currency, the government had to tie its own hands to increase its international credibility. If that reform failed, the government would have no backup resources to stabilize the economy. As a result the country saw a monstrous hyperinflation: 300% in one month (438% in 1997), and increase of BGN/USD rate to 1/3000. The average salary’s rate come to 5$ a month in late 1996 early 1997 and there was a boom of informal economy and currency speculation. Mass strikes provoked by opposition and unions started building barricades around the country and daily rallies demanding the resignation of the government. The ‘victory’ was a new general election and an IMF “stand-by agreement” that introduced a monetary board tying our currency to the Deutschmark (and subsequently to the Euro). This agreement committed to the privatization of 82% of all privatizable assets till 2001: Bulgaria sold its steel complex Kremikovtsi for 1$, privatised the Balkan BG Airlines, Vidachim, the Varna port. Assets for $30 billion were sold for $3 billion return. It was a ‘perfect storm’ to which the BSP governments had contributed, but was truly orchestrated and actively aided from outside in order to serve the interests of international banks and free assets for cheap ‘foreign investment’. This led to the flight of hundreds of thousands Bulgarians abroad. So while the conditions are quite different, my greatest worry is what would happen in Venezuela when US-backed opposition comes to power. Sadly, the poor governance of PSUV under Maduro makes such a scenario inevitable by now, as was the BSP government under Jan Videnov in 1996. But the Bulgarian case is an important (if poorly known) reminder, of the sheer and irresponsible naivety of the belief some Venezuelans harbour that even a US-led transition will be for the better. It won’t. 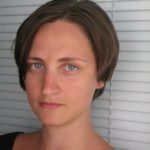 Mariya Ivancheva is a Bulgarian anthropologist and sociologist. She holds a PhD in Sociology and Social Anthropology from the Central European University in Budapest, on the topic of the higher education reform in Bolivarian Venezuela. Mariya’s interests focus on the legacy and present of socialism, the role of intellectuals in radical movements, the articulation of Left-wing critique against Left regimes, as well as the implementation of radical and utopian projects of social change. You can follow her at @mivanche.

One Response to Bulgaria’s position on Venezuela – A Left Perspective