Bulgaria’s growing problem with violence among children: a piece is missing or the puzzle is wrong? 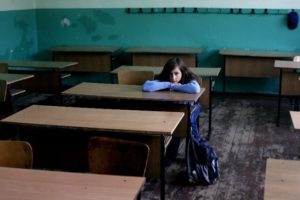 Note from the LeftEast editors: this article has been published in cooperation with the Serbo-Croatian web portal Bilten.Org

For three years now Bulgaria is experiencing a growing concern with violence among children, especially at school. Experts, NGOs, government representatives and media are contesting to restate their commitment to end children’s aggressive behavior, impelled by recurring cases of serious physical harm and even death. 60% of children in Bulgaria do not feel safe at school, the head of the Juvenile Crime Department at the Interior Ministry has stated in October. In 2016-2017 the Ministry of Education and Science has recorded 4711 cases of aggression among students (unofficial figures are believed to be higher), and since 2015 violence at school has grown two times, the media warned, citing government data. In 2017 alone the government approved a National Program and a Mechanism for Counteraction against violence concerning children. The whole problem feels as if a bomb is ticking closer and closer to something terrible.

As complex as the matter may be, the dominant diagnoses in media and technocratic contexts seem simple: public morals are declining, professional help for the soul is insufficient, obedience to the rules is in dire need of re-installation. But despite all the talk and various policies, the understanding of the phenomenon is unofficially in a stalemate, and a common vision of a problem-solution based on large-scale policy is practically absent. Which allows for different actors to continue improvising on the topic, while accumulating cultural and social capital.

For instance, two of the major expert conferences devoted to children’s violence in the last few months were organized by competing media agencies trying to display commitment to the public interest and yet again search for solutions starting from scratch. The first one sought to work directly on sports and physical activity as a preventive measure against violence. The second one, while admitting the positive aspect of sports, tried to look at the “bigger picture,” and to come up with three key steps. These are the steps the experts agreed upon:

These steps aren’t original – on the contrary, they’re a recurring refrain in a vague and exhausted public debate. Meanwhile, the actual suffering and social trauma among children is indeed reaching a catastrophically large scale. The puzzle pieces keep being rearranged. Maybe a certain important piece is missing? Or maybe the puzzle itself is wrong?

The securitization of childhood

The aforementioned conclusion that more than half of children do not feel safe at school come against a background of years of ever-tightening measures aimed at remedying this exact same feeling. The “Safe and Accessible School” National Program provides funding for three key types of security systems: access control, surveillance and signalization (between the guards at school, a security agency, and the police). It seems to be doing well, since tourniquets and access cards are becoming commonplace, entrances are usually being reduced to just one, and the number of schools presenting more and more sophisticated surveillance systems keeps growing. And while some controversy arose around classroom cameras and the idea of providing live video access to parents, the introduction and improvement of surveillance in schools keeps going at full scale.

Seen as a broader risk to national integrity and their own well-being, school drop-outs are also subject to ever-tightening measures. A recent cross-sectoral mechanism for the “surrounding/covering” (обхващане) and “retention” (задържане) of children in the schools has been put in motion this autumn, with teams of teachers, social workers and policemen patrolling different areas in the country to identify and bring back out of school children (although in effect only the teachers do it). School authorities on their behalf introduce varying sets of own security measures, like seizing mobile phones at the entrance. In 2015 the Ministry of Education and Science proposed that schools should keep records of all cases of violence among children and enter the names of violators into special lists, though the idea hasn’t been put into practice.

In its own unreflective way this tendency echoes the calls for much more drastic changes emerging in the public every now and then. Two recurring examples are the idea for financial sanctions against parents of drop-outs (coming from almost all parties during the last parliamentary elections) and the establishment of new correctional schools for children with problematic behavior (coming from a school principal, despite the years-long efforts to close down the existing ones). The implication is that “we cannot really create new correctional facilities, but we can enforce other measures.”

As of now no one has questioned publicly the obvious discrepancy between the growing sense of insecurity for children’s life at school and the tendency towards tighter and tighter policies of discipline and control. With all these developments put against the number of 20 000 Bulgarian children being currently under different, legally enforced correctional measures, the overall impression becomes that children are practically suspect by default. Inevitably in a securitized context, once security measures reach certain socially acceptable, technological or just financial limit, an admission comes to keep the discourse on track: where the guards can’t do the whole job, priests are evoked to aid the correction of delinquents.

The individualization of social trauma

In Bulgaria the analysis (if not diagnosis) of children’s mental health and overall well-being emerges on one of three occasions – during elections, when a study comes out and when a horrible case of violence against or among children breaks the silence of the family or school circles. Since coherent sociological perspectives to children’s lives are practically absent, and the current apolitical state of public affairs doesn’t seem to be anywhere close to an end, psychological thinking fills the gap alone every single time interpretations of the attitudes, behaviors and social relations of children are in demand. Psychologists are the mandatory guest of every media discussion concerning children and violence. Despite their still unclear institutional representation and regulation – standards for the work of such specialist are non-existent, and what they do is practically a mystical matter to most people – psychologists are taken as a must-have cadre of every school.

But unlike security, psychologization has a good excuse as to why it isn’t helping anyone solve the puzzle. The insufficient number of school psychologists is a permanent part of the antiviolence agenda. According to the Ministry of Education and Science just 22% of all schools can provide psychological care for their students due to low wages and lack of trained specialists in poorer and rural regions. Last month the Ministry announced their plans to increase the number of school psychologists starting from the next school year.

However, beyond the promises of prevention, it is still unclear how precisely psychologists are going to revert a seemingly irreversible trend. Instead of being just a small piece of the puzzle, the obsession with psychology looks much closer to the massive US military psychiatric effort in the 20th century, with its aim to aid post- and interwar psychic suffering, preserve manpower and reduce the debilitating impact of psychiatric syndromes by screening thousands of war veterans. The disappointing results of all this are well known, but the lesson is obviously far from being learned – now various forms of psychological preventive screening of children’s behavior are also flourishing.

What’s more, the primacy of psychological help is currently as vague as the very concept of children’s psychic suffering. What are children suffering from precisely, here and now? When it comes to violence, the only explanation is that violence breeds violence, seen as a chain of directly interconnected individual(ized) acts of violence (among peers, parents, teachers, etc.).

The dimension of social trauma however, caused by dire poverty and inequality, is practically never analyzed. Half of the children in Bulgaria are living in poverty, and these are either the 43% at risk of poverty or the 54% living in material deprivation. 49% cannot afford going on a vacation and 43% cannot afford out-of-school leisure and educational activities. Two out of five children do not have a place to study at home or do their homework. And generally, according to the latest official data, Bulgaria is the absolute EU winner in inequality and poverty. This piece of the puzzle is being mentioned only occasionally, and the impact of poor material conditions on children’s social relations and mental health are left to the intuition of those at least willing to admit that this just might be a problem. However, we may insist that this is the missing piece, or take a step further.

Despite the official shift from needs-based to rights-based approach to social development (as per human rights treaties like the Convention on the Rights of the Child), reality is far from accommodating this paradigm. The public is now way too frightened to listen to persuasions about the state and adult obligations to protect children, about the child’s best interest and other principles instrumental to the realization of children’s rights. On the contrary, we’re witnessing a dramatic straying away from the liberal notion of rights and freedoms concerning children (and not only) as capable and developing individuals, and a palpable return to more and more paternalistic forms of protection. Considering the actual worsening of the situation with violence and children and the trends presented so far, there’s indeed room for puzzlement. However, there are two viable approaches to explaining how we’ve come to this.

The first one is cynical. There are interests in keeping the situation as it is. The technocratic and developmental elites have an in-built drive to produce new problems to solve, the governments are always welcoming to issues containing little or no social antagonism (like children’s safety) and the media are always thirsty for shock and scandal. All of this, added to the increasing funding for public awareness, advocacy, training and research concerning children and violence, conspiracy fades away and suspicion becomes a legit disposition.

The second approach is realist. We keep interpreting violence (among and against children) as a problem per se, and to a large extent – as an abstraction. As if everybody is equally susceptible to violent behavior in every imaginable situation. It is now possible to mention poverty and violence in one and the same sentence, and still make no actual argument, to say nothing of large-scale policies. Psychosocial climate, suffering, trauma, rules, etc. – these are all notions and categories now completely devout of their material base. If all there is are morals and individual behavior, then it’s only natural that this behavior is supposed to be kept on track (prevention) and fixed when needed – be it by the means of the surveillance camera or by the office of the school psychologist.

Moving beyond violence as a problem per se and starting to perceive it as a symptom is the difference between seeing children as problematic (bearers of violence, suspect by default) and as ones having problems. Material conditions are not an inconvenient distraction, but the key to changing the perspective. The puzzle is wholly wrong and needs to be started anew – we cannot keep applying the same approach and expect different results. 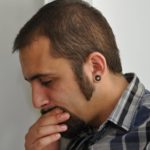