On the 15th of September 2014, the first day of school in Bulgaria, a photograph of a third grade Bulgarian teacher, Silviya Zubeva, taken by a parent, was leaked through 9gag[i], with versions appearing later in Bulgarian, English, and German. The picture, first spread with a descriptive comment “A school teacher in Bulgaria”, has since received hundreds of thousands likes and shares from all around the world. The comments varied from the moralizing “Why didn’t she put the cardigan”, “She’s dressed like a w*ore”, and “If she is 28 and still has no family, she can’t be serious about what she’s doing” to more offensive comments discussing the young woman’s body shapes and questioning her professionalism[ii]. The teacher herself gave a number of interviews. She told journalists, that she felt sick because of what had happened. She had gone through a night of indecent sex proposals over the phone, which was also leaked out online. She was offered “to work in a different sphere for more money”. The young woman pleaded not to be discussed for her appearance, but for her qualities as a teacher. She confessed she had prepared all her life to be a teacher, which was her dream job when she was a child[iii].

The media’s sensationalist interest was short-lived. The Bulgarian coverage was mostly dedicated to the fact that Bulgaria finally made the news. The focus on the appearance of the young woman prevented any serious debate on the current situation of teachers in Bulgaria: the marginalization, feminization, and symbolic denigration of the teachers’ profession, the practitioners of which experience dire living conditions in the poorest country of the European Union. To put things in perspective: after the partial increase of teachers’ salaries with 3-6% on the 1st of Sept 2014, the current monthly salary of early career teachers is set at 265 Euros, and that of senior and head teachers – at 275 and 285 Euros respectively. The officially announced combined family income needed to sustain a family of four in Bulgaria is 1127 Euros, and it is clear that – together with 80% of the population of the country[iv] – a family of two teachers cannot support the normal lives of themselves and two children[v]. As a result, teaching in public schools has become highly feminized and symbolically downgraded profession[vi]. This sad reality makes the proposals for career change, or comments on the lack of family of the young teacher Zubeva, all the more cruel.

The low prestige of the teachers’ profession, which comes from its low payment and the attendant symbolic devaluation, is part of a vicious circle. It has resulted in a very low attraction of the teachers’ profession, and an ever lower motivation among students to study pedagogy and dedicate themselves to it as a life-long vocation. In 2013 at the University of Veliko Tarnovo, six out of the ten disciplines, which students could enter with lowest grades, were different branches of the pedagogical science, or teacher training programs. While subjects as Law and PR required an overall result of 25 out of 30 points, to enter pedagogical training one needed barely 15 points[vii].  Similar is the situation at the University of Sofia – Bulgaria’s biggest public university[viii]. In the post-1989 era the privatization and demolition of industry and agriculture led to enormous rates of migration to the capital Sofia and to further destinations in the developed West. New cycles of the demographic crisis and depopulation of whole villages and small towns has given subsequent neoliberal governments a good reason to follow World Bank incentives and close schools and fire teachers. And while in the first years of the post-2008 recession the teaching profession attracted professionals fired from other sectors[ix], in the long-term this trend is reversed. Between 2007 and 2013 ten thousand teachers were fired or left their jobs and many of their positions were made redundant[x]. With twenty two thousand students enrolled annually in the pedagogical sciences on university level, only around 3% of all teachers are under the age of 30, and over 86% are women[xi]. 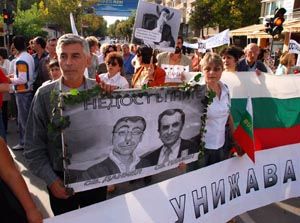 So, at this stage, one can probably ask where are the teachers’ unions, and teachers’ protests in defense of their own rights. In fall 2007 teachers from all parts of Bulgaria went on a general strike to demand a gradual 100% increase of the salary for all those hundred and fifty thousand employees in the education sector in the country. The strike was sustained effectively for 42 days, but the outcomes were more chilling than the rainy autumn days in which the protests took place. While a Strike Committee invited the Minister of Education Daniel Velchev to negotiate on their territory, the Teachers’ Union was quick to present itself in the government’s offices and ‘represent’ the teachers pushing much lower demands. This produced a split of solidarity among the teachers: some sided with the unions, while others stayed with the Strike Committee which refused to settle for less than 100%[xii]. And while in May the same year the announcement of a strike of bus drivers of Sofia had achieved a double salary increase without even reaching the stage of protests, the teachers did not see any massive support from the media, the politicians, or general society. After the demoralization of the strike, trade unions were quick to pact a promise for minimal salary increase, which effectively never materialized[xiii].

Unlike the bus drivers, and not supported by them, teachers were not able to block the traffic of the big cities. Without coming out to the streets to support the teachers, some parents also alienated them not to focus on bread-and-butter causes, but on a reform of the content of the education for their children[xiv]. Liberal media and economists demanded that teachers’ salaries were “more differentiated” to foster competition between them [xv] and make education private and marketable commodity[xvi]. An allegedly off-record conversation between the Minister of Education, and then Minister of Finance (and later notorious Prime Minister Plamen Oresharski), was leaked out by the media, showing their cynical intention to prolong the negotiations endlessly while speaking to ‘experts’ behind teachers’ backs[xvii]. And while teachers were asking for seven hundred and fifty million from the budget for the increase of their salaries and investment of education, the Bulgarian government negotiated to pay exactly the same amount to French President Nicolas Sarkozy for four military ships and eighteen helicopters[xviii]. Oresharski himself declared he would consider increasing the salary only of 75% of people working in the educational sector, as 25% of them were anyway “in excess”. This number came very close to the suggestions of the World Bank of the decrease of closing “unnecessary” Bulgarian schools, and reducing their teaching staff with 30%: a reform effectively pursued with by the government in the period after the teachers’ strike[xix].

Back to the 9gag incident in 2014, what makes the situation of teachers even less optimistic are the widely promoted neoliberal capitalist values which bring educational reforms for the benefit of a wider society to a dead-end street. Even without the sex-work innuendos directed to Silviya Zubeva, on a liberal web portal an angry mother commented that the truly good teachers would anyway switch profession and prefer working for a bank[xx]. Since 2007 the only wave of protest related to primary and secondary education has been that of middle and upper class parents who declared themselves against the ‘blatant state intervention’ of promoting obligatory public education for children after 4 years of age[xxi].  While the current dysfunctional and underfunded public system of education hires underpaid and often underqualified teachers, it will not provide a strong argument for public education for all. Instead of looking for resources to fund it, more recent governments have played with the idea to allocate public subsidies to private schools. To make the situation even more cynical, a number of ‘supplant’ programs as Teach for Bulgaria have recently appeared on the Bulgarian education market[xxii]. An NGO modelled after Teach for America, Teach for Bulgaria has promoted short-term well paid teaching careers for recent university graduates, targeting especially those who studied abroad. While this has allowed a number of young Bulgarians to become full-time school teachers under less humiliating conditions, it has contributed to a new stratification of the teachers’ profession. This precedent has set a trend in the recruitment of a new type of teacher. That would be an ambitious newbie going into teaching to get a CV-boost before a corporate career. The role of the teacher as a long-term committed public and community servant is neither an ideal, nor a practice in neoliberal post-socialist Bulgaria.

All these features deserve far more attention and alert among those concerned with the fate of the teachers’ profession in Bulgaria and around the world. The fact that a Bulgarian teacher made the world news, is a sad trigger for this debate, which has long been overdue. 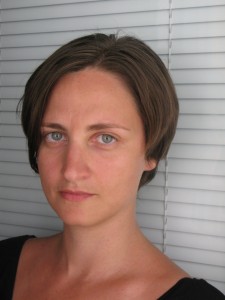 Mariya Ivancheva is a post-doctoral research fellow at the School of Social Justice, University College Dublin and a member of the editorial board of LeftEast.