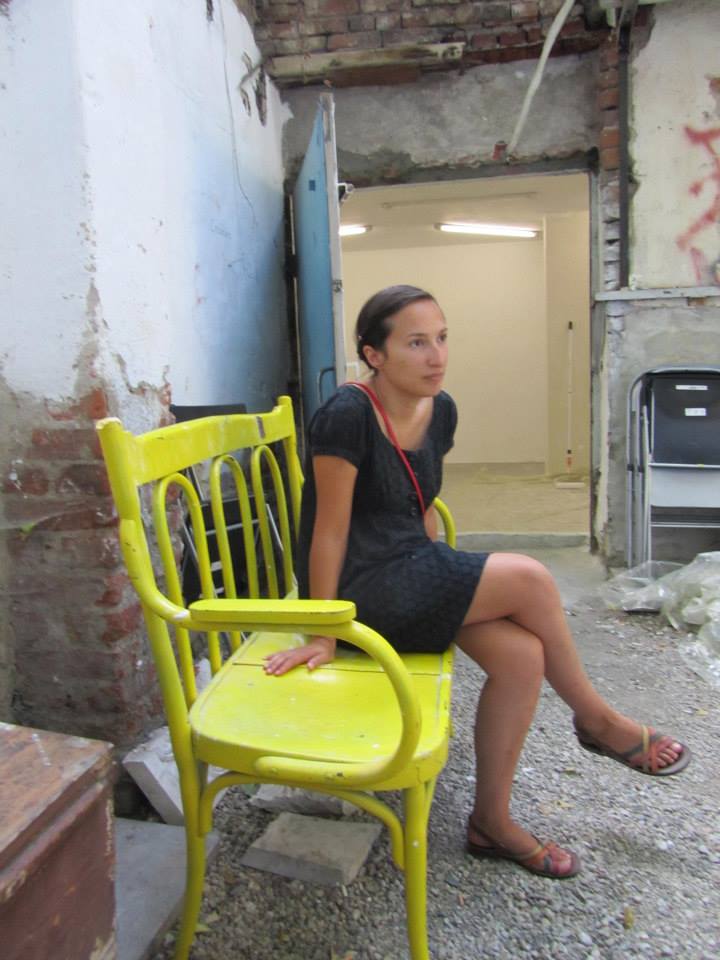 Young people with posters declaring, ‘I want to stay in Bulgaria’. Young people who complain that state policies force them to leave the county and threaten to emigrate as part of their protest tactics. This is one of the persistent tropes that Bulgarian civil society has been producing over the last two decades: that the flight of young, educated people from Bulgaria serves as an indicator for the failure of state policies. Brain-drain, a common theme for states outside the list of the ‘developed Western countries’, is omnipresent in public space, reappearing in the statements of politicians, statisticians, and analysts. Last year, Konstantin Trenchev, the head of the labour union Podkrepa, calculated that Bulgaria had lost 40 billion BGN (20 billion euro) in the previous ten years due to brain drain [2]. Much earlier, already in 2000, Ivan Kostov, Prime Minister at that time [3], started the campaign ‘Bulgarian Easter’, which aimed to attract back educated people with careers in the ‘West’ to contribute to the country’s development. Brain-drain is one of the tragedies of the transition [4]:  the state is in dire need of highly qualified and active people, but it cannot attract or keep them.

But the tale of emigration does not stop there. The National Statistical Institute has calculated in 2011 that the number of emigrants is over 2 million. We have every reason to assume that the actual number is higher. But “what is the share of the highly educated and ‘successful’ emigrants?” is a rhetorical question – the share is negligible. The rest are the legions of cleaning ladies, construction workers, sex–workers, beggars, and those who live off fraudulent schemes with social benefits abroad. There is no Bulgarian Easter for these people, and they are absent from the public discourse. News for exploitation of construction workers in Germany who work with no contracts or benefits, receive no institutional response or public reverberations. The Bulgarian Roma who have been expelled from France, even though they are EU citizens, have not been acknowledged as compatriots by the broader Bulgarian society. After a few unsuccessful attempts to label them as Romanian gypsies, they remained simply ‘gypsies’. But not Bulgarians.

And yet, this is the main group of people who have emigrated over the last decades. They are poor, often dropped out of the educational system, coming from deserted regions in which old industries and other sources of income have been dismantled during the transition. Whole villages from regions with minority populations have migrated abroad. In whole regions families survive on remittances sent by emigrant relatives. According to a report by Open Society Institute from 2010 the share of money sent by emigrants through different channels is larger than the share of funding received through EU programs [5]. This means that remittances save Bulgarian society from collapsing and enable people to survive the negative effects of privatization and the transition.

Emigration of low-qualified workers has spared us the view of starving people in villages and cities all over the country. Emigration has turned into one of the main survival strategies of groups who became marginalized to the extreme during the transition process: workers from shuttered factories and agricultural cooperatives, the working poor whose salaries are hardly enough to support a family, the Roma, and the young people from villages and small towns, where education and work opportunities have been rapidly deteriorating. In the course of the transition and the aspiration to capitalist development of the country these groups of people remained outside any state support or care and outside the public gaze. They remained outside the society’s attention and care to such an extent that at one point the (neo)liberal discourse blaming them for their own misery and lack of perspectives started reproducing itself. The introduction of educational integration policies for Roma children was often a failure – many of them were missing from school due to their obligation to participate in the domestic economy, which often meant also begging, and they rarely had any assistance at home with their homework. But what is more, in this context Roma children started being assessed as unable to learn [6]. Thus, the unemployed became lazy, the sex workers (often human trafficking victims) were seeking an easy life, the aging were living on the toil of the rest of the population – everything started being explained by lack of motivation, of abilities and of taking the initiative. The irony is that all of this discourse was being crafted in the midst of an ecstatic entrepreneurialism on the part of the most marginalized who have been using every resource and skill in order to survive – social benefits, illegal trade, waste gathering, and emigration to countries where they do not speak the language. A type of entrepreneurialism that lifted the responsibility of the state and the compassion of the rest of its citizens.

Perhaps it was exactly this entrepreneurialism and this manner of coping with growing poverty by using individualistic and idiomatic strategies that rendered the growing division in the country invisible. This division is not only measured by economic indicators, but also by social and cultural inequalities and the mutual mis-recognition of different groups in society. We can see it in the division between ‘protesters’ (against the government) and ‘counter-protesters’, between civil society and those who sell their votes. In the last few years, different governments appropriated the civil protests as a means of countering civil disobedience. Staged protests have become not so uncommon but the mass one staged on 16th November outraged the participants in the anti-government protests beyond belief. The “counter-protesters”, as they were called, were brought to Sofia with organized and allegedly state-paid transport and comprised mainly old people and representatives of the two major minorities – Turkish and Roma. The response of the protesters in traditional and social media bordered on outright abuse, insulting the pitiful looks of visibly poor people, mocking their lack of education and the fact that they come “from the provinces”. The meeting of these two worlds in the square triggered repugnance and clearly signaled that the inequalities are bigger than we have imagined. On one side – people who want morality in politics, on the other side – the poor, transported by buses, and probably paid for demonstrators. However, here the call for morality reaches the limit of its claim for universality. Is it moral to sell your vote to parties who do not work for the common good? Probably not. Is it moral to despise people whose survival is limited to selling their political rights for 20 or 50 BGN (10 or 25 euro)? Probably not.

There is something more troubling than the fact that Bulgaria is the poorest EU country with a despairingly high level of corruption. And it is that we live in a country that generates such terrifying inequalities that we willingly reproduce and reinforce. We live in a country in which thousands of people are so poor and hopeless that they sell their own vote, while the rest despise them and identify them as the main problem of the political system. Statistically speaking, the number of potential emigrants among the counter-protesters is much higher than the number among the protesters. But these emigrants would not be wanted back. Their emigration would be yet another social venting which will liberate us and the state from the view of their toothless faces and of the misery that they cope with through their small entrepreneurialism. And thus it would mask once more our cruel complicity in the growing inequalities. 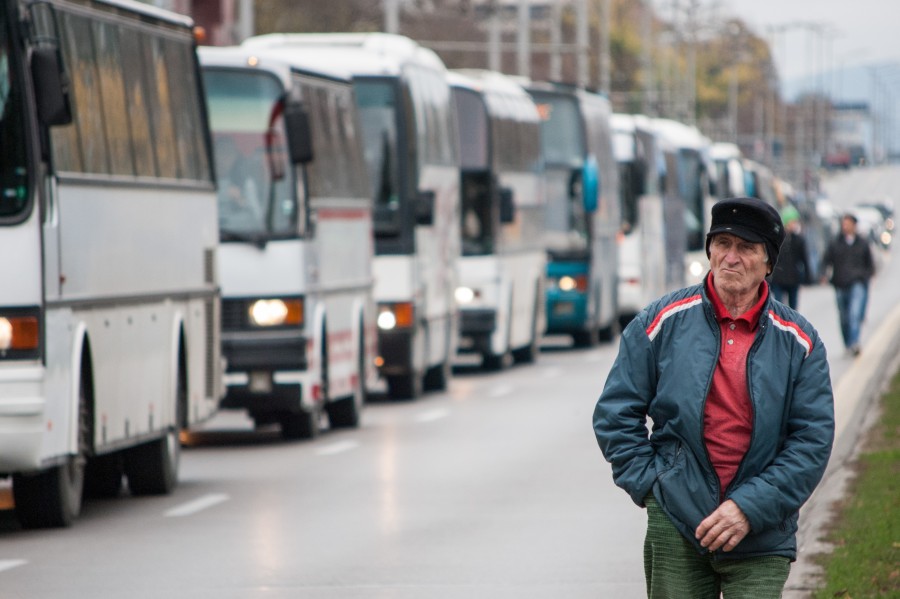 —
[1] The legend goes that St. Patrick drove the snakes our of Ireland and liberated the land from the nasty creatures.

[3] Ivan Kostov was onof the first active members of the Union of Democratic Forces that became the main political rival of the former communst party after 1989. Being an economist, he introduced a series of neo-liberal reforms in the Bulgarian economy and gave a cosiderable push to privatization. After giving up the position of leader of the Union, he formed a new center-right conservative party Democracts for a Strong Bulgaria in 2004.

[4] “The transition” refers to the period since 1989 and still ongoing when the country changed from a socialist state to a capitalist state with a system of representative democracy. “Transition” has also turned into a signifier for the unstable political and economic situation and/or for the as yet unreached ‘good Western capitalism’.