Bosnia as the European Avant-Garde 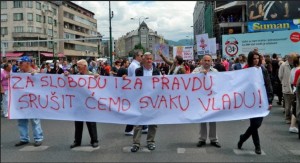 Bosnia-Herzegovina is “Yugoslavia in a nutshell.” Despite the fact that it went through the most brutal armed conflict in Europe since World War II, the country’s multiculturalism—albeit now tinged with horrific war memories—is at least three levels above Western multiculturalism.

During one of my stays in Oslo, I concluded that Balkan people do not hold a monopoly on recent international and interethnic frictions. While conversing with a Swede, I was quite taken by his answer to my question as to what he was doing in Norway. He told me that it was primarily due to better wages and that, despite the fact that Norway was economically better off, he knew that Sweden could “once again conquer the Norwegian barbarians in no time.” On another occasion, I experienced a similar example of intolerance in the European capital of Brussels. I was curious about the relationship between the Flemish and the French, to which a Walloon—in a very moderate, yet pert manner—replied that there was no such thing as the Flemish language and that it was but a dialect of Dutch. I nodded at first, pretending to understand completely, and said that, mindful of the region I came from, the discourse was all too familiar. However, once it had become clear that my comparison was referring to the Balkan context, my interlocutors were offended and rushed to explain that the phenomenon occurring in both cases could not be compared, as the Balkans was a completely different thing. Despite the fact that every one of these societies was beset with identity conflicts, nobody was at ease to hear that the conflicts did not escalate simply because of economic welfare—and that they were only one big economic crisis away from a large-scale conflict. Bearing in mind the cyclical nature of the historic process of capitalism, as well as the ever-shorter intervals between the two stagnating trends of the accumulation of capital and the overall production, it is very likely that identity friction in the “civilized” world will be put to the test sooner than we had imagined.

I can’t say whether I felt either relief or satisfaction after that experience which caused me to be disgusted by the all-encompassing phenomenon of auto-racism. On the other hand, I am sure that, since then, I have started to develop a new perspective from which I no longer regard multiculturalism as the number one feature of Western democracy—something that I had always valued and never necessarily disputed. My view is now, to a larger extent, concurrent with that of Slavoj Žižek who criticizes Western multiculturalism because of its tolerance-based definition. As Žižek states, tolerance is not something that should be placed in the center of co-existence of two, conditionally speaking, different groups, for the simple reason that the application of its principles do not go much beyond allowing the other group to exist, without a great (or any) desire that the co-existence should permeate the everyday life of either of the groups. Just like the principles of neoclassical economic liberalism, the only laws applying to diversity are those of the market. It is superfluous to refer to any sentimentality, bonding, or enjoying the diversity.

The Memory of Yugoslavia is also Fading

However, there is a place where Žižek—as an occasional realist—does not go. Boris Buden, on the other hand, frequently goes there, namely apostrophizing Yugoslav multiculturalism as an example of a “non-market” relationship between two or more ethnic, national, or religious groups. Little is left of Yugoslavia today—it is a memory for the most part. Yet, there is a tendency towards erasing even the memory.

However, a model can still be found that represents “Yugoslavia in a nutshell” — Bosnia-Herzegovina. Despite the fact that it had gone through the most brutal armed conflict in Europe since World War II, the country’s multiculturalism—albeit now tinged with horrific war memories—is at least three levels above Western multiculturalism. I believe that when John Stuart Mill said that representative, Westminster-type democracies could not function in multicultural political communities, he was actually referring to the multiculturalism that was reared in socialist Yugoslavia, rather than that which Western Europe is now (falsely) taking pride in. Were it different, someone would by now have stepped forward with the claim that Mill was wrong, as multiculturalism was nominally functioning “perfectly” in representative democracies across Western Europe. Of course, that tolerance upon which everything is grounded begins and ends with the desire to disallow the diversity of the “other” to jeopardize our private sphere. Unlike that model, diversity in real socialism not only enters the private sphere of the “other” and vice versa, but it is also celebrated as the most sacred thing of all.

What seems to be symptomatic, from an analytical point of view, is the fact that the memories of war in Bosnia-Herzegovina did not take the place of the memory of brotherhood and unity. It may be said, rather, that the former had merged with the latter. The fear of a new war does not exclude the awareness of mutual “belonging.” I say this for a reason, cognizant that, among one portion of the population in BiH, a feeling of belonging to the state as the “Great Other” is absent. However, that that void is frequently occupied by mutual cooperation and co-existence, independent from the bureaucratic and legal framework. Somebody might say that this sounds like a Fata Morgana, appearing occasionally so that the Bosnian-Herzegovinian society might once again retreat into its own identity bunker inside the boundaries of the ethnopolis of its own canton or entity. This may be true, but it is notable that, as is the case in downward trends of capitalist cycles, the time intervals between those “Fata Morganas” are becoming shorter and shorter and it is only a matter of time when a hundred-times repeated Fata Morgana will become reality. I do not wish to imply that Fata Morganas are lies (I am referring to the saying that “a hundred-times repeated lie becomes the truth”). I am saying that they stand half-way between reality and dreams, and that they represent, as Žižek stated in the title of one of his books, “the signs of the future.”

Let us consider the latest of these “instances,” epitomized by protests occurring across the Federation of BiH. In spite of never quite spreading across to the other entity of the state, the grievances of the protestors are, in their essence, common to all constituent people of BiH. Many people from Banja Luka attended plenums across the Federation, as the reign of terror in their entity—embodied by RS President Milorad Dodik—had been dealing with its citizens much more repressively (and pre-emptively for that matter!) in order to avoid the same sort of scenario currently taking place in the other entity. That, however, does not mean that protests remained colored by “Bosniak” or “un-Serb” nuances; on the contrary, for the first time after the war, the protests have instrumentalized the abundance of diversity that suddenly turned against, and threatened to defeat, the dominant ethno-political discourse of the present. This multiethnic population has once again assigned a task to people all over Europe and the Balkans. They succeeded in the attempt of political self-objectification and thus, after the political elites had refused to give the people what was rightfully theirs, they decided to take it by force—just as it had previously been taken from them. The state’s dysfunction, and the inability of political elites to reach an agreement, lost all significance as the dominant state of affairs when the avant-garde portion of the population implied that the removal of four cantonal ministers from office was just a warning. Everyone who thinks that that was just another visit to a parallel (sur)reality is mistaken, as such a unanimous revolt has managed to produce an irreversible impression that the people can communicate their views of their own accord.

Finally, for the first time in Bosnia-Herzegovina, a different interpretation of the war could be heard. Possibly the best illustration of the beginning of the end of the liberal-nationalist ideology—which ranges from pathetic moralizing to proto-fascist glorification of war criminals—was a workshop held in Sarajevo at which participants discussed facing the past and started examining political economy.

Returning to the topic of multiculturalism, wouldn’t it be logical to ask the following question: is it possible nowadays for a country to be considered multicultural in the same way Bosnia-Herzegovina has been multicultural for centuries, without looking back with pride at such differences rather than with some kind of tolerance? When I say “nowadays,” I am implying the current dominance of the neo-liberal paradigm in economic relations, which, as in any other case, inevitably defines social relations as well. Was it not the very interference of economic relations in the social sphere that caused all that we are going through today? If this wasn’t so, Karl Polanyi would not have spoken many years ago about neo-liberal society as a product of neo-liberal economy. Does it not appear that, guided by the avant-garde in the region (after the recent protests, this is more than evident), it is high time we brought back the only political-economic context that can function without fake liberal politeness and tolerance, while celebrating diversity and our unity in it? Does it not seem necessary, now more than ever, for us to idealize what was not ideal, so as to be given an opportunity to change what was not good while, at the same time, giving the imposed symbiosis of political elites and the international community a kick in the ass?

This is how it all appears to me, and yet, it could all be just another Fata Morgana… 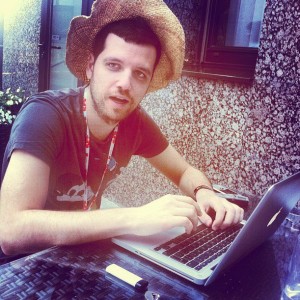 Filip Balunović is a 26 years old political scientist from Belgrade. He gained his undergraduate (Bachelor) degree at Faculty of Political science in Belgrade in 2011, after which he gained the MA in Advanced European and International studies at the European institute in Nice. His MA thesis ”Serbia on the European periphery – a blurred reality of post – socialism” was published by a German publisher ”LAP LAMBERT” in September 2013. He is the editor and the writer of a blog ‘Levo smetalo’.