Bosnia, a Serb Referendum and the Left 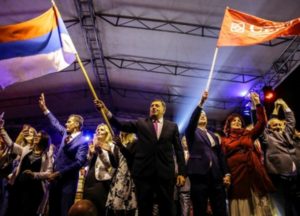 What exactly has been going on in Bosnia-Herzegovina? A good question. At first sight, it might well have seemed like a storm in a teacup. Republika Srpska, the Serbian statelet in divided Bosnia, wanted to celebrate its own statehood day on 9 January. No big deal, you might think, but you’d be wrong. This is serious.

In 1992, Bosnia split apart on warring ethnic lines. In 1995, the Dayton Peace Agreement formalised the split by partitioning Bosnia into a Bosniak-Croat federation and Republika Srpska. The issue of celebrating statehood day on 9 January, the date of Republika Srpska’s 1992 declaration of independence from Bosnia – rather than on 1 March that year, the date of Bosnia’s vote for independence from Yugoslavia – has therefore been about a lot more than celebrating this day or that.

Most immediately, Dodik’s referendum has been about defying Sarajevo’s constitutional court, which declared it unconstitutional and illegitimate. It has been about defying Bosnia’s neo-colonial governor, the EU’s appointee, Valentin Inzko, who also condemned the referendum vote as illegitimate – this is the very same Inzko who threatened to use EU troops against demonstrators during the Bosnian Spring of 2014.[1] It has been about resisting the creeping attempts by Inzko’s neo-colonial administration and Sarajevo to recentralise Bosnia. It has also been about the West’s role in Bosnia, in particular about Bosnia joining NATO, but also now about Russia’s role too, given Putin’s recently declared support for Dodik’s referendum. The imperial powers are again at loggerheads in the Balkans, so the issue of 9 January has quickly become internationalised, with all the dangerous implications such imperial competition has always had. And finally, it has been about the prospect of eventual secession and unification with Serbia, which itself raises the prospect of the Croats seceding, leaving Bosniaks in a rump statelet.

As a result, the EU and Sarajevo attempted to do all they could to force Dodik to call off his referendum for the very same reasons he was determined to hold it. They failed. Dodik’s referendum victory last Sunday, in which he allegedly won 99.8% of the vote, has therefore raised tensions to a pitch not seen for some years.

The referendum and the Left

What, then, should the Left say? Our general guiding principles are twofold – anti-imperialism and anti-nationalism, and what we therefore say must be said within the strict framework of these guiding principles. This means that we oppose the EU’s neo-colonial role in Bosnia, and that we oppose Bosnia’s three neo-liberal nationalisms. More concretely, what does this mean?

At the same time, however, we oppose Dodik’s decision to hold a referendum. Why? Because his decision was a nationalist manoeuvre that has only increased bitterness and enmity between Bosnia’s three nations. Voting no in the referendum was the only rational option for the Left.

It is abundantly clear, therefore, that the effect of Dodik’s decision to hold a referendum has had the same divisive impact as the opposition of the EU/Sarajevo to him doing so. Neither the EU/Sarajevo, nor Republika Srpska, have been doing anything constructive to reconcile Bosnia’s three nations. Instead, their internecine arguments have only been exacerbating divisions.

Nor should we ignore the question of Bosnia’s possible future membership of NATO. As the Bosniak leader Bakir Izetbegović put it at NATO’s Warsaw Summit in July this year, “…we have decided to make further steps towards…enhancing our partnership with NATO, which, ultimately, leads to our full membership in the Alliance”.[2] The Croat leader in Bosnia, Dragan Čović, likewise backs membership.[3]

This is a crucially important question given NATO’s decision in December last year to invite Montenegro to join. That decision signalled NATO’s determination to push ahead with expansion into the Balkans, but it inevitably raised tensions in Bosnia still further, for obvious reasons. This is because, as everyone knows, the Serbs reject NATO membership. NATO bombed them in 1995 and then bombed Serbia itself in 1999. The prospect of NATO membership has therefore alienated Serbs even more from Sarajevo, inevitably increasing tensions with the Bosniaks and Croats who want to do the opposite, to join NATO. In addition, the pursuit of NATO expansion is bringing a more assertive Russia into the game, with Dodik’s full support. Again, this too is only exacerbating divisions. Bosniaks and Croats oppose Russian involvement in Bosnia just as much as the Serbs oppose NATO membership.

The EU and Sarajevo could also make it clear that the abolition of Republika Srpska cannot be contemplated against the democratic consent of the Serbs there. That requires officially acknowledging, and constitutionally stipulating, that abolition cannot, and must not, be imposed from above. This would obviously reduce tensions too.

But is the EU/Sarajevo capable of taking these two basic steps in order to reduce tensions? The simple answer is no. The Bosniak and Croat leaderships are as nationalist as Dodik and his clique. They also have the EU on their side pushing for more integration into NATO and the EU.What all this means is that there is deadlock. Dodik’s intransigence will continue to reflect the intransigence of the EU and Sarajevo. And his intransigence will then only fuel theirs.

As for Serbia’s attitude in all this, its Prime Minister, Aleksandar Vučić, has one motive – not to antagonise the EU or NATO. His aim is to draw Serbia closer to the West, and away from Russia, which is why he has been so lukewarm about the referendum. But as a result, Vučić is quite incapable of doing or saying anything that could help break the deadlock. His geopolitical strategy, not to mention his staid, conservative nationalism, means he has nothing new to offer.

It is therefore obvious that we have a deadlock no side can break. All they can do is run around one another in ever more dangerous circles. And since they cannot break the deadlock – except by more violence that will only recreate yet another deadlock in another form – the deadlock has to be broken by others. Who, then?

The Bosnian Spring of 2014 gives us an important part of the answer to who can break this deadlock. The uprising brought Bosniaks, Croats and even some Serbs together in a common struggle over social issues that were the direct consequence of the corrupt neo-liberal policies imposed by the EU in collaboration with Bosnia’s three ruling classes.

After all, Dodik’s corrupt Serb neo-liberalism is not in any essential way different from corrupt Bosniak neo-liberalism or corrupt Croat neo-liberalism. Ordinary Bosniaks, Croats and Serbs therefore have a clear common interest in opposing their leaders for causing so much grinding poverty and gaping inequality.

However, the Bosnian Spring fizzled out, as we all know. Why? For one simple reason – the angry oppositional energy of ordinary people was dissipated because of the lack of any political organisation that could articulate their demands and take them forward. As a result, the neo-liberal nationalists on all sides, together with the EU, were able to reassert control and go back to governing as before.

Nevertheless, the Bosnian Spring remains an indication of what is possible. There is mass discontent out there. It is in desperate need of political organisation. And it is the Left that should be providing it. This means a Left that opposes privatisation; it means a Left that opposes economic austerity, which is in reality a political choice to make ordinary people pay for the crisis; it means highlighting the collusion between the EU and Bosnia’s nationalists in following these deeply oppressive policies; it means opposing NATO integration; it means opposing Russian meddling; it means opposing the EU for its neo-colonial neo-liberalism; and it means standing up uncompromisingly for equality between Bosnia’s nations.

If a principled Left emerges capable of doing all this, there is a real chance that Bosnia’s deadlock will eventually be broken, that the neo-liberal nationalists will be beaten back, that EU neo-colonial rule will be ended, and that ordinary Bosnians of all nationalities will at last be able to take Bosnia’s future into their hands – and their hands alone.

This is what the Balkan Left as a whole has to support, particularly the Left in Serbia and Republika Srpska. A free Bosnia would be a huge inspirational boost for the Left across the Balkans, but it cannot, ultimately, do it alone. Its freedom will depend on the extent to which elsewhere the Balkan Left as a whole takes up the same struggles in order to resolve the same or similar problems. Bosnia’s future freedom will therefore depend on whether we can make these struggles come together organisationally so as to become a stepping-stone to the Idea of a Balkan Federation, the best guarantee we can have against the tragic catastrophes both imperialism and nationalism have brought to our peninsula. 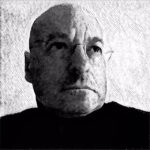 Dragan Plavšić is a member of the Serbian group Marks21 and the co-editor, with Andreja Živković, of The Balkan Socialist Tradition and the Balkan Federation 1871-1915, London, 2003.

[1] For Inzko’s threat, see http://www.rferl.org/a/bosnia-inzko-warning-troops/25258191.html: “If the situation escalates, we will possibly have to think about EU troops.”

5 Responses to Bosnia, a Serb Referendum and the Left