Blood and Soil or Communal Power? 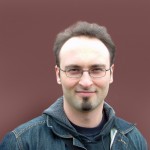 The dead of Kiev’s Maidan are not only Ukraine’s dead; they are the dead of “post-communist” Eastern Europe. It hurts everywhere, but differently. An open wound cannot be closed with words, yet one can shout in solidarity that this may be the other end of the post-communist transition, the so-called bad side of the “successful” EU integration. However, at both ends, the transition itself has been a historical disaster, ruining at different rhythms the dignity, livelihood, lives and futures of millions of people. Ukraine’s current predicament could make this disaster visible for all those who tried hard either to look elsewhere or to legitimize it with the rhetorics of market, development, nation-state and civilization. Or with “success stories” that were immediately abandoned the day they turned sorrow.

Yet the transition has actually succeeded: Eastern Europe has returned to the periphery or semi-periphery of global capitalism. This is the return of dependency and of the race to the bottom. Somebody from the region will always hit bottom, and it will not be Ukraine all the time. And outside the former socialist bloc things do not look any better: 25 years after “the fall of totalitarian communism”, as “the final triumph of Western liberal democracy” was proclaimed, the global state of democracy has radically worsened; structural inequalities, land-grabbing and resource-wars have multiplied, and the survival of the planet itself is nowadays an open question.

In the region, the horrible destruction wrought by the anti-communist, pro-capitalist reforms of transition, no matter whether a “right” or a “left” party in power, has produced invariably in every East European state the underdevelopment of health and education; mass poverty and mass immigration; select oligarchs, as well as a small middle class; and political, intellectual and media apparatuses largely alienated from the population and oriented towards the powers, canons and fashions that be. It has also produced very powerful military and security apparatuses, in both the West and East. And now the bubble has burst, not accidentally in the biggest country on the EU’s borders, apparently not big or powerful enough to avoid being sandwiched between major powers.

Ukraine’s own schisms may be collapsing the country internally, but many of Ukraine’s problems are international. It is only logical that the answer will involve a defense of the state, from different directions, although the actual victims cannot be reduced to the state apparatuses, and arguably have not been represented for a while by the state. The rise of far-right nationalists, against the background of the domination of cynical opportunists and local oligarchs, is an integral counterpart of the dream sold aggressively by the West in the same package with the counter-offer from the Russian East. That dream, which has captured in the past decades most local energies of betterment, has slowly expired throughout the region after the explosion of the crisis in the very centers of global capitalism. In the last three years, popular movements have exploded all throughout Eastern Europe, and all expressed an anti-systemic discontent. However, in spite of probable longer-term community-building effects, all movements failed to produce a common constitutional moment – most likely as a consequence of the historic annihilation of the left after 1989. Many such movements, whether from Ukraine or Romania, have come to be dominated or marred by nationalists and the far right. In the aftermath, autonomous groups have continued to work relatively isolated.  No popular front has emerged. Reacting to the wave of change, the local Eurocentric liberals have turned towards the left en masse, but going only so far as to deny their previous role, and to support issues of anticorruption, human rights, a purer modernization, and maybe Keynesianism. The response from the political systems has invariably been denial, repression, false choices of “lesser evils”, yet more developmentalism, reinforcement of vertical structures, sometime support of local capitalists, even more secretive and quick privatizations, and the shameless use of movements to gain advantages over adversaries in the formal political sphere.

In the intense moments of global transition, social uprisings could move things very quickly, either for the better or for the worst. In times of conflict, there is a dire need for building communicative powers. Unlike Latin America, in Eastern Europe, the traditional mediators of consensus (for better or for worse), religion and nationalism, have traditionally been claimed by forces of the extreme right, thus standing for the opposite of liberation. These same forces have also used the vocabularies of anticolonial struggle and autonomism to reinforce the obedient political imaginary of a fortress under siege, rather than to build the sovereignty of the people.  If the world is indeed transitioning towards another global system, such signs, as seen from the region, are not very encouraging. War, repression and sanctions are solutions only for the current vertical structures, political bodies and for the armed far right, all of which will continue to hurt the people. They all correspond to the common conception of power in modernity: power as domination, as opposed to power in the sense of serving the people. However, the discontents of the population are systemic, and keep on rejecting domination. In the struggle, members of parties and security forces will likely leave these structures if they continue to work against the people. And the EU had better think about the devastating effects of the UN embargo and sanctions on Yugoslavia (Serbia and Montenegro) begun in 1991-1992.

In Eastern Europe, nationalism is a readily available way to articulate the local pride and dignity destroyed by post-communist transition, with a repertoire strictly connected to and controlled by state aparatuses, and with lines of flight going always to golden mythical pasts. This kind of nationalism is a way of alienating people from their own contemporary culture and history. As soon as its symbols appear in a crowd of heterogeneous protesters, they have the unmistaken effect of stopping the process of bottom-up building. Instead of making way for a community of aspirations, they call into being a ring of masculinist pretenders. Furthermore, the invisible reference of local nationalist pride remains the West, and its modern project of the Nation-State – that is, internal projections of empire, not accidentally peppered with theological overtones. As long as that reference stays in place, the types of nationalism that emerge will continue to be only a mirror of contemporary Western racism. They will diminish the power of community.

A relational sense of the local, a sense of regional solidarity that counters the pressures from both East and West, and a familiarity with the struggles of other peripheries will offer not only more dignity, but also communicative power and concrete alternatives. Hopefully, the answer of the people will involve a claim for the communal rebuilding of power, rather than a retreat into fortresses.

3 Responses to Blood and Soil or Communal Power?