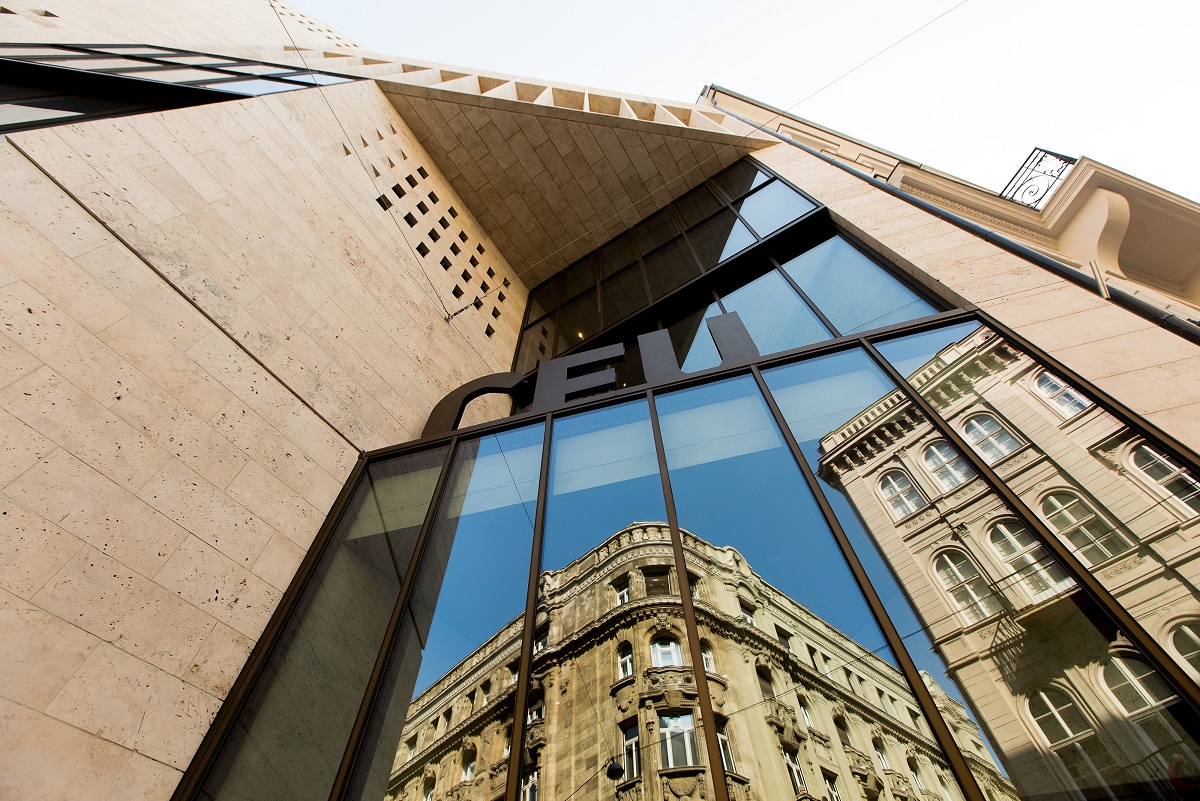 On Friday evening a new legislative proposal suddenly appeared on the website of the Hungarian Parliament. The draft put forward a number of modifications to the statute regulating higher education, alterations mainly affecting the activity of foreign universities in Hungary. The step was widely interpreted as a governmental attack on Central European University (CEU), a 25-year-old Budapest institution founded by the international financier, George Soros. In effect CEU won’t be able to carry on its activities if the law is passed, being the only foreign university affected by the new amendments: so the interpretation is much more than plausible. The government is trying to use the special, formally binational character of the university to push it outside the law, and pave the way for its closing: based in Budapest, CEU is both a US and a Hungarian accredited institution.

But the legal minutiae are less relevant. After all, one fundamental character of the political regime established by Viktor Orban`s Fidesz party is a special kind of lawfare: the executive’s will always finds its way into the statute books or, if more serious obstacles arise, into the constitution. The political dimensions are, hence, much more relevant, and we can rest assured that legalistic arguments about academic freedom or the rule of law are of little value in a fight against Fidesz. An assault on CEU has been in the making for a couple of weeks already: magazines and websites loyal to the government have been writing on governmental plans to close or chase away the university, and have been extremely industrious in “uncovering” alleged wrongdoings by the management of CEU.

The attack is multiply embedded in the structures of Hungarian politics, being just the last of a long list of governmental moves built up on a similar pattern. As in most of postsocialist Europe, Hungary’s transition from state socialism to a market economy brought to the surface older political divisions, and actualized them to the current situation. The socio-economic transformations, consisting of large scale privatization and the oligarchization of the economy, brought forth two political elite strategies and configured two opposing political camps. There were, of course, the “modernists”, advocating for a quick Hungarian integration into the Euro-Atlantic structures: faithfully following the model of liberal democracies and market economies of the West. This faithful emulation, however, meant the direct rejection of any debate about the daily plight of millions of disadvantaged, affected by the violent economic transformations.  Coupled with numerous domestic mistakes, this brought the fall of the “modernizing camp” and the fulminant success of Orban’s illiberal camp. 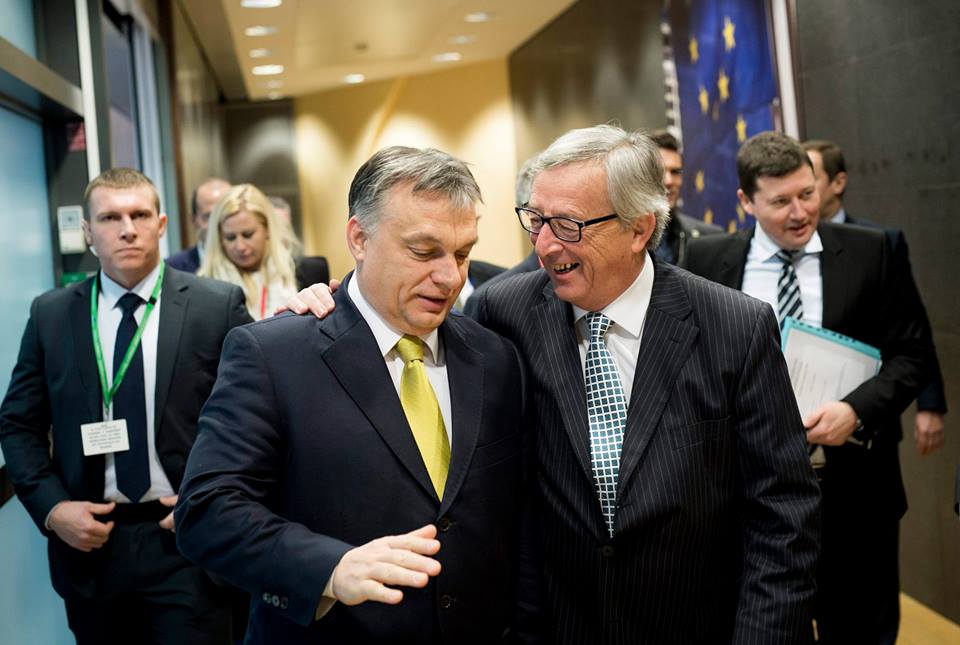 Very easily Orban has managed to build up a powerful and airtight narrative in which the nation is presented as constantly attacked and undervalued by the West, with its local Hungarian agents interested in the subjugation of the people to their obscure interests. This hydra-headed enemy requires constant vigilance and permanent struggle – but it also gives a sense of purpose and national pride. If we look at the different governmental campaigns of the last 7 years, we see the same enemies everywhere: Brussels, the multinationals, the large utilities companies, civil rights NGOs, refugees, and the list goes on. The success of the government lies in managing to discursively transform a wide array of complex political, economic and social problems – from the price of current utilities to the refugee crisis – into battles of cosmological proportions between the nation and its foreign enemies.

It would be a mistake to conclude that Orban is politically omnipotent, for on many occasions the shortcomings of this strategy became clear: the referendum against the refugee quotas, for example, descended into utter disinterest. On the other hand, the record of his governance is disastrous at best. If the postsocialist governments were unable to address many social ills, Fidesz just made them worse: four million people are living under the poverty line, the educational system fares worse and worse, while hospitals are out of doctors and medical supplies. The already weak social safety net was completely abolished, and was replaced with a mandatory workfare program which does not even pay minimum wage, and makes the re-integration into the labor market completely impossible.

All these things are is well-known, but Orban’s constant symbolic fights have managed to keep the electorate together, in constant state of emergency. Meanwhile, political opposition is oftentimes impotent; that is, when it is not actively undermined by the government through various legal, and sometimes illegal means. Only last year, for instance, the security guards of a firm close to a senior Fidesz member physically obstructed an opposition MP from initiating a referendum at the national Election Board.

The attack on CEU should be understood in this context: it is yet another assault on “the enemies of the nation”. The government is simultaneously planning a second crackdown on civil rights NGOs (after a first one in 2014), and CEU is in that basket of enemies. Since many NGOs receive funding from the Open Society Foundation, the philanthropic institution founded by the same George Soros, the connection is not difficult to draw. Seasoned with old anti-Semitic undertones, the demonization of Soros fits perfectly into Fidesz’ rhetoric. Presented as representative of liberalism, cosmopolitanism, human rights protection and all the other buzzwords that can be associated with the discredited “modernist camp”, Soros, and by extension CEU, seem perfect enemies in Orban’s eyes.

Whether his plans will prove successful is yet to be seen. At the moment it is not even sure whether the government really wants to get rid of CEU, or it is simply throwing a temporary chewtoy to its electorate. What is certain is that Fidesz only understands the language of power, and retreats only when its interests demand it. So even if defensive battles can be won with international pressure and de-politicized legalistic arguments, a war can only be won by winning over the souls of the people with the instruments of politics. This might not be the responsibility of a private international university, but this reality cannot be simply ignored either.

Editors’ Note: For those wishing to express their support with Central European University, a petition has been drafted here on change.org. You can sign it here: https://www.change.org/p/hungarian-national-assembly-save-the-central-european-university.

One Response to Fidesz’s Attack on Central European University