Anti-militarisation protests in Japan. An interview with Chie Matsumoto. 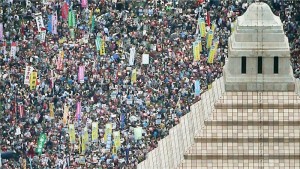 On August 30, tens of thousands of people (120,000, according to organizers), protested outside the Japanese parliament against new military legislation that would allow the military to fight abroad. This would happen for the first time since World War II to Japanese troops. According to its constitution, Japan is barred from using force to resolve conflicts except in cases of legitimate defense. But a re-interpretation of the law will now allow ”collective self-defense”- using force to defend allies under attack. The demonstrators protested in front of the Japanese Diet to the cry of “Save Japan from Abe.” Mattia Gallo interviews journalist and activist Chie Matsumoto.

What is the content of the new Japanese military legislation? Is it true that it is an historic change?

The legislation basically allows the Japanese military, which is a self-defense force, to join the collective force at times of war. Although it limits the capacity of the Self Defense Force (SDF) to providing logistical support to allied forces, it allows Japan to join the offensive forces outside of the country, which is unconstitutional, according to constitution experts.

The U.S.-drafted constitution restricted the Japanese military to be only a defensive force, and so yes, this is a historic change.

Which slogans were chanted during the demonstration on August 30 outside the Japanese Parliament? What are the main criticisms from those who took to the streets to protest? Why do you think there was such widespread participation in the event?

People protested outside of the Diet building against the security bills, which they call “the war legislation” because it leads Japan into war of aggression. They demanded that Prime Minister Abe strike the war legislation and step down.

I think that there was the largest number of people gathering in protest ever since the 1960s demonstration against the U.S.-Japan Security Treaty because this is not just about the security bills. This movement is about taking democracy back in our hands.

From your point of view, why is the Japanese government approving this new and epochal Japanese military legislation?

The Japanese government is aware of the opposition. But more important than the majority opposition is the pressure from the U.S. government. Prime Minister Shinzo Abe announced and promised that he would pass the security bills in summer when he was invited to speak before the U.S. Congress. He did this before deliberation started in the Japanese parliament.

Do you think that the protests by the population in Japan will continue?

Yes. They are still going almost every day, every week. 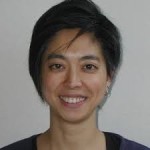 Chie Matsumoto worked as a reporter for Asahi Evening News and International Herald Tribune/The Asahi Shimbun, and as a Tokyo correspondent for German Press Agency, dpa. She became independent in 2009 and established Chie Matsumoto Media Link LLC. She is a regular host to Labornet TV, Tent Color, Girls TV after Work and other internet programs. While also being involved in Japan’s civil society in the areas of labor, anti-nuclear, gender and other minority issues, she gives lectures on her journalistic work and teaches translation, as well as use of internet-based media. Co-author of “Katsudoka Iccho Agari! Shakai ni Monoiu Hajimeno Ippo (Voila, activists! The first step to raise your voice)” (NHK Shuppan Shinsho Publishing, 2011) and “Manga de Wakaru Burakku Kigyo (Learning about black corporations through manga)” (Godo Shuppan Publishing, 2013). 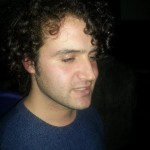 Mattia Gallo is an Italian journalist and media activist. He is from Cosenza, a city in a region of Calabria in South Italy. He wrote, and in some cases continues to write, for newspaper and alternative media of his region (Ciroma.org, Tamtamesegnalidifumo, Il Quotidiano della Calabria, Fatti al Cubo, Esodoweb). He has published several articles on Italian alternative media of extra-parliamentary movements as Dinamo Press, Global Project, Ya Basta!, Sportallarovescia.it.

One Response to Anti-militarisation protests in Japan. An interview with Chie Matsumoto.