Anti-corruption, another name for economic abuse 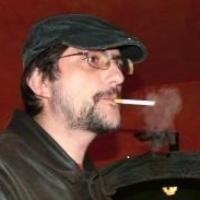 Note from the LeftEast editors: this article was published in cooperation with the web-portal Bilten.Org

During May and June 2014, Romania was invaded by high-ranking officials: the US Vice President, the head of Pentagon, the head of CIA, the head of NATO, American senators, all having only one message: fight corruption! After which they added a few other messages: facilitate shale gas extraction, but only after increasing your defense budgets. Shale gas extraction is vital for your energy independence, said the Americans, and their Romanian fans forgot to tell them that Romania has already a very high level of energy independence, compared to the rest of Europe.

What generated this new wave of anti-corruption tightening? The events from Ukraine, of course. New and interesting synonyms appeared in the Romanian media space: “anti-corruption” means anti-Russian, the “anti-corruption” fight gets militarized, and it becomes a holy national mission under American protection. Anti-corruption means also fighting against the „enemy within”, which could in turn mean a lot of things: leftists, ecologists, peasants that do not want shale gas extraction in their villages, Eurosceptics, etc. To understand how this new synonymic series came to happen, we have to follow the older avatars of anti-corruption in Romania.

One of the most interesting faces of anti-corruption appears in the fight of great capital against local capital. Such a fight is never stated openly (probably also because of the weakness of local capital) but appears in all its splendor, for instance, in a wikileaks[1] note of the American Embassy from June 2005. A Romanian soft drinks company, European Drinks, was preparing to take out a loan of 200 million Euros from the EBRD, and the American Embassy becomes agitated and sends messages to prevent the loan. The Romanian company executives accused Coca-Cola of being behind the sabotage. Such backstage conflicts show that one of the faces of the American-style „rule of law” is an umbrella that covers unscrupulous businesses wars.

But “anti-corruption” means, in the first place, unashamed neoliberal practices: mass privatizations, powerful lobby to obtain dangerous deregulations and for manufacturing monopolies. Anti-corruption and rule of law don’t go well with labor unions, state investment, monopoly or state management. Anti-corruption is good when it leads to privatizing strategic areas, when it tames any local resistance against aggressive financial or economical decisions.

Anti-corruption is another name for austerity. President Traian Băsescu and his government applied severe public sector wages cuts and increased VAT, saying that they fight against the „socially subsidized” and their corrupt spirit. At the same time, they altered the labor code, following a text virtually written by an association of big investors in Romania, and protected along with the IMF the abusive commissions of banks – acknowledged as being wrong also by some bankers.

Conducting this epic struggle against corruption in Eastern Europe is a whole newly minted class of anti-corruption activists. They live from European funds, make „policy” recommendations, all of them finally regarding the same goals stated above. In the period of deep economic crisis of 2010-2011, we saw liberal and conservative NGO’s and think-tanks that used the European language and the „anti-corruption fight” to justify the reduction in the number of schools and hospitals, especially in the poorest rural areas.

A leftist opposition against these funded „anti-corruptioneers” is very difficult to build. We are dealing with an Eastern ideological opportunism through which the questionable ultra-conservative, neoliberally powered Western rhetoric  is assumed and presented as the only politics, the only philosophy of the future. This mass of cadres building their careers on such politics grows each year. And I can see increasingly clear resemblances between this opportunist Eastern discourse and the UKIP- or FN-style discourse from Western Europe: both camps hate the precariat, the mass of reserve army that failed the test of transition to capitalism: the Westerners hate them because they ruin labor prices and the esthetic aspect of streets and parks; the Easterners because they ruin their image.

Anti-corruption figures such as Monica Macovei are seen as heroes of emancipation and progress by a certain part of right-wing voters. The adventure of the Euro-parliamentarian Monica Macovei, ex-minister of justice in Romania, is an interesting case of ideological opportunism. Along other anti-corruption agents, she helped compile a more than suggestive European anti-corruption report based on corruption “perception,”,taking which mixes petty and grand corruption, and features glowing sections on countries such as Luxembourg, Ireland or Netherlands that have nothing to say about avoiding taxation, fiscal paradises, etc. [2] From the report, the West emerges clean while the East has been corrupted by its communist past and the resistance to cthe omplete liberalization of the market.

When it comes to a new privatization in Romania, there seems to be a real obsession with the petty corruption. This is what happens when the question of a new stage of privatizing the health care system arises. Are bribes being paid in hospitals? “Let’s privatize health!” say the anti-corruption knights despite the complete irresponsibility of the call: private health care industry parasitizes upon the public system, taking only the ease cases and patting on the head the middle class while leaving the serious diseases to the public system. And when it comes to treatment of serious diseases, more than 80 percent of the population cannot pay hospitalization in the private sector. Petty corruption in hospitals is basically a form of resistance against under=financing.

The choice is impossible, a case of TINA („there is no alternative”, a famous catchphrase uttered by Thatcher). You cannot choose between the corruption of a big local businessman and a big transnational businessman. Local corruption is more rudimentary, more conspicuous. Corporate-style corruption manifests itself in subtler forms, mainly by altering laws and then by pressing exactly for enforcing the rule of law already corrupt. How can one choose between good capital and bad capital, between the „national” capital and the „civilized” transnational capital? Romania has reached the point where it discovers major economic abuses without having even the possibility to say this is „corruption” or simply harsh policy with catastrophic social consequences.

One of the most interesting news of the moment is the involvement of ENEL (Italian utility company, whichowns  a part of the Romanian electric grid) in a corruption scandal, an unusual coup for the National Anticorruption Directorate, which rarely sees big business as its provenance. Mainstream press (mostly situated to the right, with different shades, including the press that roots for the Social Democrat Party, which suffers from a bad case of Tony Blair syndrome) hastened to translate the scandal into the usual language of anti-corruption: a story of how corrupt government employees reduce penalties. The ENEL case, however, was much bigger than that: it was about a practice common to all foreign investors in this sector, German, Czech or Italian to cash in money Romanian consumers pay for investments into the national grid without actually making those investments in the end. Romanian anti-corruption is not ready, though, to accept such realities. Such an approach would be unallowably anti-capitalist…

Another interesting case that revealed the aberrant working of the liberal criticism represented by public intellectuals and powerful NGO’s was the moment of 2013 protests – with tens of thousands of people in the streets for several weeks – against Roşia Montană exploitation. As long as the case was able to be recoded in the anti-corruption language, the movement was „approved” by the liberal milieus. When protesters focused their attention on the completely abusive way in which Chevron sought to start shale gas extraction in Romania, the „liberal” voices hushed and they started to advance Americanized arguments: who is against shale gas extraction is pro-Putin, corrupt and unpatriotic.

Why are Romanian citizens suspicious when they hear about „anti-corruption” initiatives? Many rejoice when they see some corrupt politician or businessman in jail. All too often, though, the word „anti-corruption” serves as a the warning against a new shock economic treatment: disadvantageous agreements with IMF, privatizations or abusive laws. And, of course, the same argument of corruption is the favorite of European conservatives and right-wing extremists when they refuse, for instance, without any legal argument the accession to Schengen for Romania and Bulgaria. In short, anti-corruption is neoliberalism, and, more recently, harsh austerity policy, specially designed for Baltic countries, for Romania or Bulgaria.

When a mission of American senators arrived in Romania a few days ago, a very clear message was delivered through media channels publicly approved by the U.S. State Department: buy weapons, increase your defense budget because in this way you actually fight against corruption. An illogical propaganda construction, of course, but a very popular one. And it is about to become a reality in Romania: one fights against corruption with F16 aircrafts and the hope of even larger NATO bases. The Putin threat returned the color to the cheeks of pro-austerity and anti-corruption soldiers.

2 Responses to Anti-corruption, another name for economic abuse