Albania and China: the reemergence of an old friendship?

Note from the LeftEast editors: this piece has been published in cooperation with the Serbo-Croatian Left portal Bilten.Org. 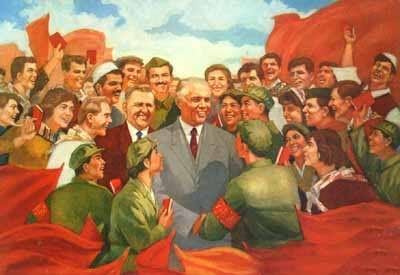 Nobody could have expected before the sixties that a tiny and a large country, 7000 thousands kilometers apart, the Popular Republic of Albania and the People’s Republic of China would forge a strong political alliance based on countering the Soviet Union and pushing forward an intransigent version of Marxist-Leninist ideology. For different reasons – from escaping the Soviet dependency to putting breaks to the destalinization process, Albania and China found themselves on the same side of history not only in the sixties, but for the most part of seventies. After splitting from the Soviet Union Eastern bloc, Albania needed desperately economic help in building its semi-industrial infrastructure, and China was more than eager to help. In those years 80% of Albania’s foreign trade was made with China, and the latter granted industrial equipments, brought in engineers and other experts, and a lot of military armaments. In return, China got mostly political support, as Albania became its political tribune towards Europe. Albania used its membership in the United Nations to further the cause of People’s Republic of China as the sole representative of the Chinese people, and ousting Taiwan from its position inside the UN. In 1971, on Albanian initiative, the United Nations General Assembly voted in favor of the People’s Republic of China becoming member of the UN. Beforehand, Albania had granted Chinese ships the right to use the Popular Republic of Albania’s flag in international waters in order to avoid problems with countries which didn’t recognize People’s Republic of China.

The economically and politically strong alliance began to crumble year by year after the US president Nixon’s visit to China in 1972. Exhausted due to its internal political strife and the overstretching of aid to revolutionary and anti-imperialist movements across the globe, China began to look inward and tried to build cohabitation with the US. It began to reduce and delay its economic aid to Albania. On the other hand, it implicitly urged the Albanian government to seek approachment with un-aligned socialist countries like Yugoslavia or semi-un-aligned like Romania. The crisis became explicit in 1976, when at a party congress Enver Hoxha denounced the Three-World-Theory of Mao Zedong ideologically and named China a revisionist country. Political relations, but most importantly economic ones, dropped to triviality, and from the late seventies onwards Albania entered the path of quasi-isolation, the main factor for its growing economic crisis in the eighties and the fall of its despotic-bureaucratic socialism in 1991.

Since then a lot has happened, and while from the nineties onwards China and Albania have been on cordial diplomatic relations, nothing substantial has happened between the two countries. Of course there has been a small amount of Chinese emigration to Albania, consisting mostly of small entrepreneurs who have opened small shops or restaurants, and Albanian traders who have looked to the Chinese market for cheap goods to retail in Albania. 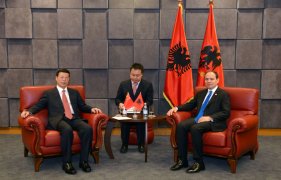 In the recent years something is moving. The Belt and Road Initiative of the Chinese government has raised serious interest in Albanian governmental circles. They hope Albania will benefit from infrastructural investments from the Chinese government through its companies. In April Chinese vice Prime Minister Zhang Gaoli visited Albania, and intergovernmental commissions are being formed to look for potential fields of economic and social cooperation. In May the Chinese government granted Albania 2 million dollars for the reconstruction of the National Theatre of Opera and Ballet and the Popular Ensemble.

In 2016 the oil extraction industry, previously controlled by the Canadian Bankers Petroleum, was sold to the Chinese company Geo-Jade Petroleum for 384.6 million Euros. They promised to improve the technology of oil extraction in Albania, and to employ more Albanian workers. In 2017 another Chinese company, China Everbright, bought the right to administer the only civil airport of Albania, Mother Theresa Airport from its German concessionaries. Due to these recent economical interventions Chinese investments are in the first place among foreign investments in Albania. This has led to another economical leap, so that the trading transactions between China and Albania are rated the second or third most important in Albania, after Italy and, probably, Germany.

There are 150 Chinese enterprises registered in Albania nowadays. Smaller Chinese companies are investing in other extractive sectors of the Albanian economy. For example, a Chinese company has been sub-contracted by the Albanian Albchrome to dig for chrome in the mines of Bulqiza, one of the last remaining industrial towns of Albania. Nevertheless in February this company became notorious because of the death by suffocation of three Chinese workers inside the mine.

On the other hand, there is talk even about bringing Chinese tourists in Albania. One attaché of the Chinese embassy in Tirana said in a recent interview that there’s a lot of curiosity about Albania from people above 50. In the seventies they were subjected to a strong cultural influence from Albania. For example, “Kinostudio Shqipëria e Re” movies were very popular in China, and there’s a growing interest in visiting Albania’s movie sites etc.

Nevertheless, despite the promises and prospects, there is yet no boom of Chinese investments in Albania. Even the ones that are mentioned above go mostly to the extractive sector, while the industrial and manifacturing sectors are untouched. While these investments could be important in diversifying the economic dependency of Albania from EU members like Italy and Greece, they nevertheless contribute almost nothing to the emergence of modern industrial base in Albania. In the sixties and seventies the Chinese brought tractors and their most modern equipments (although they lagged behind Western technology). Currently they are extracting oil and chrome. There’s no evidence that Chinese companies treat workers any better than their competitors, or that they refrain from underground transactions with the corrupted Albanian state administration.

Politically speaking, despite the diplomatic cordiality and the common interest in economic exchange, Albania and China remain far apart on important issues. Albania’s government’s strong commitment to the NATO and US foreign policy is an obstacle to political rapproachement. Likewise, the rejection of the Chinese government to recognize the Republic of Kosova constitutes another serious problem. Nonetheless, despite some minor rumours in the early 2000s about recognizing Taiwan, Albania’s foreign policy of recognizing the People’s Republic as the sole representative of the Chinese people has remained unchanged.

There are a few hints that the current economic approach of China to Albania has raised some political concerns in the US and EU. But there’s no prospect of shifts in Albania’s foreign policy in the foreseeable future, despite the fact that EU closing doors to further enlargement can trigger the Albania’s political elite to search for potential way-outs. The strong Western alignment of the Albanian political elite, backed by an ideologically-biased cultural Westernism of common people – which sometimes takes the form of deriding Chinese and other Eastern identities – means that relations could develop seriously only on the economic level. 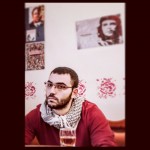 Arlind Qori works as a lecturer of political philosophy in the University of Tirana, Albania. He is also an activist at the radical leftist organisation Organizata Politike.