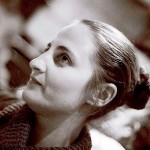 Over the last few days Bulgaria has witnessed opposing waves of mobilization that divide the country across ethnic and class lines. Since the 23rd of October, a student strike and sustained occupation has spread across six universities in the capital and other cities. The strike is the latest in a series of protests in the capital city in response to the saga of media mogul Delyan Peevski, whose unconstitutional reappointment as MP struck a painful cord with protesters, now out in the streets for months. Starting with expressions of moral indignation and demands for the resignation of the “Left-wing” government, the student protest was initially patronized by parties and intellectuals on the Right. Yet, despite the counter-mobilization of students and media apologists of the Bulgarian “Socialist” Party (BSP) in power, students resisted pressure from both “Left” and Right and initiated discussion forums to develop their own analyses and solutions. These discussions are still on-going. At the same time, members of professional groups – doctors, policemen, and stockbreeders – have also been out in the streets to protest the cutbacks in budgets, jobs, and subsidies.

While these groups were consolidating their separate claims, rarely in dialogue with each other, and ignored by the ‘Socialist’ government, the country has awakened to a sudden rise of ethnic violence. A twenty year old female student in Political Science from the University of Sofia was attacked with a knife during a robbery at the shop that she keeps. Having stabbed her over ten times, the criminal ran away and left her fighting for her life. The man was immediately reported to be of Arab descent. Similar to the event that happened on the same night in Greece, when two members of the fascist Golden Dawn were shot in cold blood, it soon transpired that the girl is a supporter of the extreme right party VMRO. The party gained notoriety by calling on its supporters earlier this autumn to march on and block the border with Turkey to prevent the entry of refugees.

Not surprisingly, VMRO used the opportunity to act. Vice-chair Angel Dzambazki, a young lawyer and elected member of Sofia’s Municipal Council, made an ultimatum to the authorities. He insisted that they cleared Sofia and the country of “criminals… economic migrants” and threatened that if they didn’t “people would take the matter into their own hands”. The words of Dzambazki effectively meant an immediate and total war on refugees, migrants and Bulgarians from ethnic minorities. Since Sunday a Bulgarian Roma father has been beaten to a pulp by skinheads in the center of Sofia in front of his infant child and other pedestrians. A woman from Cameroon was hit violently by a gang of men. A Syrian man was stabbed with a knife on Monday night. An employee of Bulgarian National TV was beaten and stabbed next to a bank-machine – the criminals were also alleged to “have spoken a foreign language”. A woman from Cameroon and her baby were beaten violently by a gang of men. Thus, the message of arbitrary violence has been taken literally by VMRO’s supporters.

Bulgarian institutions have only responded sluggishly. The BSP and its government kept silent. A number of liberal NGOs, intellectuals and professionals have slowly tried to mobilize. Yet, their response against the violent interethnic hatred, smoldering in the country against ethnic minorities for a long time before it hit the refugees, has been compromised. Not only have they gained renown as supporting ethnic minorities and migrants, but not “ethnic Bulgarians” in their plight in the face of labor and human rights abuses home and abroad. Over the last months many of them had come out to the street and unconditionally sided with the protests, framed by liberal media as the fight of the “moral and well-off middle classes” against the “illiterate” and “backward rest of the country” who can not make ends meet. They have promoted a moralizing and anti-popular critique of the political system. Hailing austerity, privatization and further liberalization of the market as the only viable alternatives, they have effectively blocked as “communist” and “totalitarian” any claims against the core of the problem: the pro-EU neo-liberal technocratic administration merged with big capital in the hands of the former nomenklatura. Thus, despite their moral indignation, liberals have opened the way for a “popular”, “national”, i.e. racist movement, which now defends “ethnic Bulgarians” against “the foreign threat” diverting the attention away from the powers that be.

While this framing has not been adopted by many people in the summer protests, its prevalence in liberal media have made the protests easily dismissed by extreme-right and -left actors as serving George Soros and pro-Western corporate circles. What is more, while the moral indignation of these circles is now solicited, their responses often remain hostile to Bulgarians – members of the Roma minority including – who stood up against the refugee wave. Thus they eclipse the interpretation of these responses as caused by fear, increasing unemployment, and rise of poverty-driven crime in the country. Caught in the transition narrative of the entitlement of the hard-working middle class of unrecognized but deserving European, both liberal and illiberal Bulgarians fail to recognize and foresee the recurrent mistreatment of Bulgarian economic migrants abroad. Paralleled with the rising internal and external walls steadily reinforced by the European migration policies, they are a sign that many Bulgarians are slowly starting to come home: home to a privatized and destroyed economy and service sector, to share it with refugees who can not leave the country.

Against this background, the outcome of all these mobilizations is unclear. Students in the town of Veliko Tarnovo – whose demands have been by far the most radical, demanding the resignation of all parties in power and accountability and free higher educations for all – were attacked by armed aggressors, presumably supporting the government. Stockbreeders have tried to block the Thrace high-way next to Plovdiv and hundreds of police have been sent against them. And while villages where detention camps for refugees are planned, are rising up, the Bulgarian government is spending 5 million Euros to construct a wall to prevent the entry of more foreigners. The frail attempts at dialogue between all these different groups of protesters seem foreclosed in the one-way-street of inter-ethnic and inter-class hatred which is slowly and irreconcilably dividing Bulgaria. The midsummer night dream of popular mobilization, is now becoming our shared nightmare before Christmas: one which would arguably haunt us in the years to come.