A Discourse that Fuels Violence: AKP and the Culture of Permissiveness Toward Violence against Women in Turkey

Özgecan Aslan’s story was close to the heart. We have all been that girl trying to get home at night in the dark, alone. We are all too familiar with shorter breaths, raised heartbeats and sweaty palms, prompted by an instinct of being in danger. In this very instant, while everything else is tuned out, the unavoidable self-blame sinks in… for being so late, for being the last passenger on a public transport vehicle, for wearing that outfit that makes you noticed. Were these Özgecan’s last thoughts?

The brutal murder of a 20-year-old university student, Özgecan Aslan, by three men who attempted to rape her appalled everyone. On February 11, Özgecan was on her way home when she was kidnapped by her minibus driver

, his father and his friend. When she resisted them, the driver

beat her with an iron bar, stabbed her, and cut her hands, so as not to leave DNA evidence under her fingernails. Then, with the help of his father and his friend, he burnt her body and left her on the riverbank.

Her broken body was, later on, honored by women who carried her coffin despite the warnings of the local imam, who ordered them to step back during the funeral. Their disobedience was the first spark of a series of protests following this incident, which has made the blood of many run cold in Turkey and beyond. This particular story was not going to pass unnoticed, as did so many other women’s murders in Turkey. Nearly 300 women were murdered there only last year.[1]

Özgecan’s tragic story generated a social outburst, and people took to the streets to protest again, in the spirit of Gezi Park. It galvanized the public to address the murder of women as a larger issue that has been hushed up, pushed into the private sphere, out of the public gaze. This bottom-up movement gave hope to many and showed that it is time to grapple with the political, judicial and cultural permissiveness toward violence against women in Turkey. 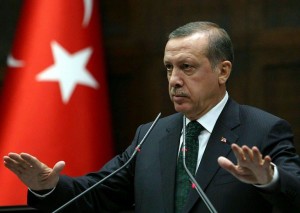 The government’s response, however, amply demonstrated why violence against women is still endemic in Turkey. President Erdoğan and several other government officials were quick to engage in their usual “pious,” and “culturally-sensitive” rhetoric, which has served them well in their efforts to dominate the female body. Erdoğan, accusing feminists of being unaware of “our” civilization, religion, and customs, declared that they were wrong about gender equality. He, then, insisted that women are entrusted to men.[2] This is not the first time he has presented the female body as an object to be “taken care of by men.” His previous statements, with respect to abortion and the number of children a woman should have, have also been in line with this chauvinist logic. By equating abortion with murder,[3] or insisting that women should have at least three children,[4] he has already decreed that women should have no agency over their own bodies. Similarly, İsmet Uçma, an MP from the ruling Justice and Development Party (AKP) and a member of the Turkish Parliament’s Commission to Investigate Violence Against Women, suggested that the whole neighborhood should be responsible for protecting women and defending “the honor of the neighborhood” (mahallenin namusu).[5] According to AKP ideology, ownership over women’s bodies is granted not only to men but also to the larger community, which has complete responsibility over them.

The government’s approach to this issue indicates that it has not really dwelt on the root causes of the violence perpetrated against women in Turkey, which has increased fourteen-fold in the last decade on AKP’s watch.[6] In their view, it is merely the criminal deeds of a couple of thugs. Erdoğan describes violence against women as “a bleeding wound,”[7] without then wondering who or what might have caused this predicament. His fatalistic account

does not look into the acts and attitudes leading to this particular outcome. As one would expect, government officials sharing this very fatalistic view have proposed ludicrous solutions. For example, Minister of Economy Nihat Zeybekçi urged the Turkish parliament to reintroduce the death penalty to deter such horrific crimes. Nurullah Ardıç, an academician close to Prime Minister Davutoğlu, proposed ‘pink buses’ allocated only to women. Such measures effectively segregate public transportation by making women feel that they can ride integrated buses only at a cost to their safety and “honor.” In the conservative municipality of Afyonkarahisar, women-only buses have already been in operation since the spring of 2013.[8]

In the meantime, the ruling AKP government has ignored the sole solution that could actually make an impact. Aylin Nazlıaka, a CHP MP, introduced a legislative proposal to abolish the controversial practice of giving reduced sentences to crimes committed in the name of honor or in the face of provocation, back in January 2015. Reduced sentencing sends a strong message to the public that violence is permissible if it is committed for honor or as a result of provocation. The common practice of judicial lenience in honor crime cases has tacitly justified violence against women in Turkey for a very long time. As Nazlıaka explains, in cases concerning the murder and assault of women, the judiciary has been known to establish the existence of provocation based on such frivolous factors as the color of the victim’s clothes, whether she was wearing make-up, or the lateness of the hour when she arrived home – using these so-called justifications as the reason for reduced sentencing. Moreover, wearing a suit and behaving well during formal court proceedings is enough for an accused man to receive good conduct abatement.[9] According to Bianet, between 1 March 2013 and 31 January 2014, the judiciary granted an abatement of sentences for provocation and good conduct in 45% of court cases concerning violence against women.[10] Regardless, Nazliaka’s proposal did not pass in the parliament, where the AKP holds a substantial majority of seats.

The legal environment facilitating violence against women has not escaped the attention of the European Court of Human Rights. In the first landmark case concerning domestic violence, Oğuz v. Turkey, Turkey was found in violation due to Turkish authorities’ failure to take protective measures to safeguard the personal integrity of the victim.[11] In a more recent case, Durmaz v. Turkey, the European Court pointed out that women are the main victims of domestic violence and “the general and discriminatory judicial passivity in Turkey created a climate that was conducive to domestic violence”.[12] However, the government has preferred to turn a blind eye to the root causes of the increase in the number of women’s murders, namely the passivity of Turkish authorities and the reigning culture of permissiveness, which has been effectively nurtured by the AKP’s misogynist ideology.

Instead, Erdoğan isolated Özgecan’s case and made a very curious distinction between murders of women. Erdoğan promised that he would personally follow this particular case and make sure that the perpetrators receive the heaviest punishment. After all, Özgecan was murdered while defending her chastity, as a result of which, according to one religious ideologue –known as Cübbeli Ahmet Hoca– she even merited the status of a martyr.[13] Unfortunately, not every tragic story of the murders of women has received the same treatment. For example, six years ago, another young woman, Münevver Karabulut, was cold-bloodedly murdered by her boyfriend, who severed her head while she was still alive, put her in a guitar bag, and dumped her in a garbage container. This event had spurred a similar shock across the country, yet the reactions were different. Back then, Erdoğan had fiercely blamed the victim’s family, “who left their girl unattended”(!), and the general moral erosion taking place in Turkish society.[14] The difference between Erdoğan’s responses to these two cases creates an artificial distinction between ‘deserving victims’ and ‘innocent victims’. As long as this dichotomy remains, then violence against women is likely to persist as a deep social problem, only surfacing in public awareness on rare occasions when such sensational news breaks out.

Nevertheless, widespread sorrow and grief felt across the country for Özgecan has sparked a genuine social awakening. Following nationwide protests, the extent of violence against women began to be discussed widely and publicly. In this regard, social media has provided an invaluable platform for vivid discussion among a wide spectrum of Turks. In particular, the global #sendeanlat (tell us too) campaign has encouraged women to share their experiences. This campaign has served therapeutic purposes, and finally provided women with an opportunity to publicly express their memories of violence or sexual assault, long repressed due to the regular depiction of female victims as a source of shame and disgrace in society and the media. Men have been the strongest allies of women in this moment of social awakening. Turkish men initiated the “miniskirt for Özgecan” movement and have shared their photos in miniskirts on Twitter. They have marched in the streets to protest violence against women wearing miniskirts in her honor. Their resolute campaign has contested the idea that wearing miniskirts is reason enough to be sexually assaulted. Predictably, Erdoğan responded by questioning their manhood.[15] No alarms and no surprises on this one. Time and time again, one thing has been made clear: the positive social change needed to reverse the deeply-embedded culture of permissiveness toward violence against women in Turkey shall be secured not with the AKP, Erdoğan and his like but in spite of them. 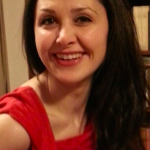 Ezgi Yıldız is a PhD candidate in International Relations

at the Graduate Institute in Geneva Switzerland. She works on the human rights regime in Europe and state violence.

[10] Ibid. This number is calculated based on all the cases which were reported in the national and local media.

3 Responses to A Discourse that Fuels Violence: AKP and the Culture of Permissiveness Toward Violence against Women in Turkey